There is a great tradition among all 50 states of the USA of proudly declaring certain unique features that represent each state with an honorific title, such as State Flower or State Bird or even State Insect. Some states have a State Song, a State Motto or even a State Nickname for the citizens of the state or the state itself.

There are likely 30 to 50 things that are representative of any given state’s unique features.  It is a fascinating study to look at each state individually and recognize how much we can learn about the place the residents call home by what they call out as their own.

In this two-part series, we will look at what belongs to Hawai’i and, sometimes, in particular, what belongs to Maui. In the State of Hawai’i, each island has special attributes that are unique to that one island.

Each Island Has Its Own: 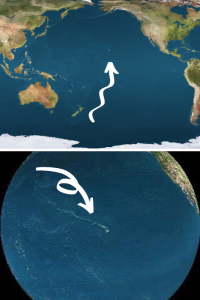 Hawai’i is in the middle of the Pacific Ocean.

It is  2400 miles +/- from the
continental USA (this varies, depending on where the destination on the west coast is).

A tiny area of land surrounded by the huge Pacific Ocean.

It is the earth’s most isolated landmass.

Where Did Hawai’i Get Its Name?

Captain James Cook discovered the islands in 1778 and named the island chain  “the Sandwich Islands.” This name lasted until King Kamehameha I united the islands under his rule in 1819 and he named them the “Kingdom of Hawai’i.” 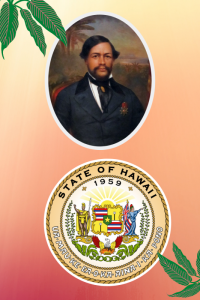 Hawai`i Pono`i  was written by King David Kalākaua and Henry           Berger. As with any anthem, when it is being sung in public, everyone stands and most people sing.

Here is a rendition sung by the students of Kamehameha Schools 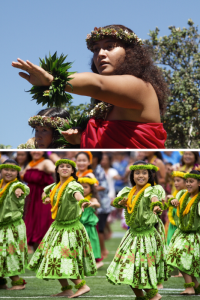 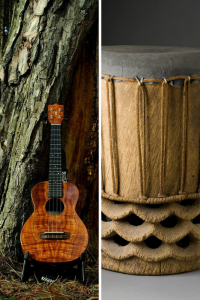 Today we will end with two VERY SPECIAL things that are particular to Hawai’i.

On Jan. 12, 1935, Amelia Earhart brought her red monoplane to earth, in the late morning, landing on the island of O’ahu. This completed the first solo flight ever made between the Hawaiian Islands and the American mainland. 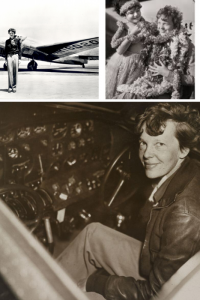 AND….IOLANI PALACE – The ONLY Palace in the USA

IOLANI PALACE is located on the island of O’ahu (nicknamed The Gathering Place) in the city of Honolulu.

It has the distinction of being the only royal residence to exist on American soil. It was one of the first residences wired with electricity, even before the White House or Buckingham Palace.

Iolani Palace was built in 1882 by King Kalākaua*. It holds a story of Hawaiian history when their Majesties, King Kalākaua and his sister and successor, Queen Lili’uokalani* walked in the halls, the 10 rooms, including the throne room which doubled as a ballroom, of this 4 story, Italian Renaissance Palace.

The memories held in this palace are of grand balls, public hula performances and the sorrowful memory of Queen Lili’uokalani, the last reigning monarch, who was imprisoned here, up to the eventual overthrow in 1893. You can still see the famous quilt she embroidered during her imprisonment preserved in her room. She chose not to resist the overthrow as it would have meant the tremendous loss of life of her beloved countrymen. 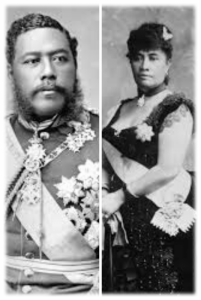 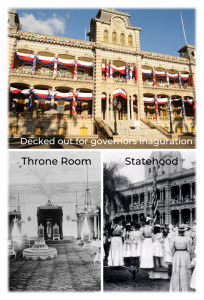 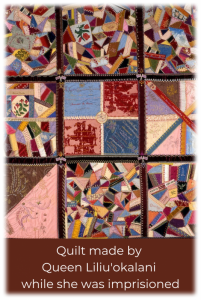 Next week we will learn more about the state’s plants, flowers, animals and sports (can you guess what one might be?).  And also, more of what belongs exclusively to Maui, besides the famous Road to Hana!

SEE YOU NEXT WEEK!

Iolani – Hawk of royalty or bird of heaven

Kama’aina – the locals, born and raised, child of the land