Impossibly beautiful, incredibly remote, the land of dreams and fantasies, Hawai’i occupies a very unique place on planet Earth. We continue our exploration this week of more of the highlights which the 50th State, has declared as her most significant.

Last week we covered a few of the traditional things States like to spotlight, such as the State Motto, the State Flag, and the State Song, along with some distinctive things like the State Dance and Iolani Palace, the one and only (formerly  Royal) palace in the USA.

This week, let’s jump right in with sports. Hawai’i claims a team sport and an iconic individual sport.  If you have ever been here, longed to be here, or lived near the sea, you most probably can make a good guess at what they are.

Number 1 Most Unique Sport in Hawai’i is: SURFING!

YES! You probably guessed it – SURFING!  The best thing we can do is share it with you in this YouTube video as words cannot describe how humongous the waves can be and how incredibly fearless the surfers in these islands are. Visitors can grab a board and head for the beaches with the beginner waves and have a blast surfing as well! 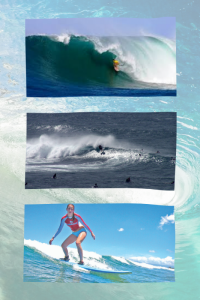 #1 Team Sport in Hawai’i – Outrigger Canoe Racing: Large outrigger canoes arrived in Hawai’i around 200 AD. Some canoes were large enough to carry 80 people plus the many essential items (edible plants, water, and animals) for the ancient Polynesians’ long journey to their new land. Outrigger canoe paddling and racing is called hei hei wa’a* and was practiced widely among the Hawaiian chiefs for sport and recreation. Today, there are more than 60 Canoe Clubs following traditional canoe protocols along with numerous regattas on every island. 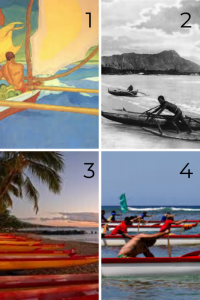 As we mentioned last week, Maui and each island have three things unique to each island, besides their name.

Here are 3 Things Maui Has Claimed as Her Own: