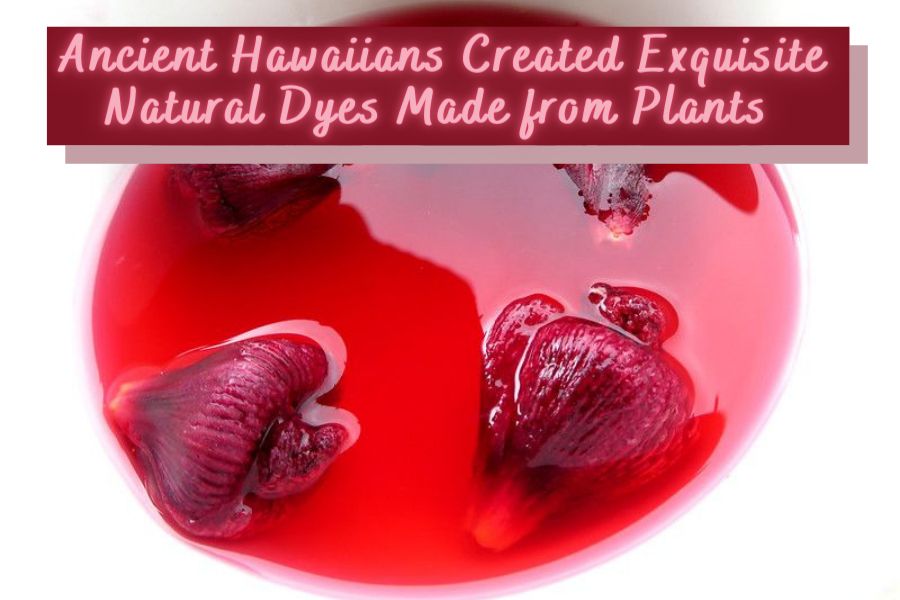 The ancient Hawaiians created a diverse palette of dyes from the roots, bark, leaves, and flowers of the plants around them.

They used these dyes to decorate the Kapa or barkcloth they made from the Wauke plant.

Humans have used colored pigments and dyes for art longer than we can imagine. It is thought that nearly 40,000 years ago, primordial artists invented the first color pigments. They used the materials at hand – a combination of soil, animal fat, burnt charcoal, and chalk. A palette of five fundamental colors was created during that time:

Early man began using pigments from the earth’s soil on the walls of their caves.

Deep in the ground, the soil has a variety of hues, including yellow, black, and light-colored chalk. Since those early days so long ago, mankind’s history of utilizing color has been a non-stop story of evolution, experimentation, and discovery. 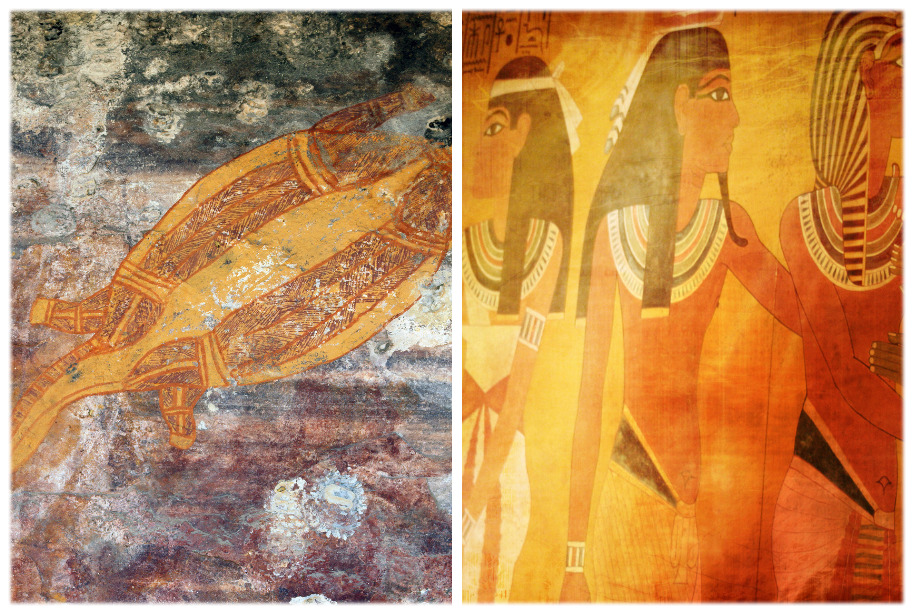 As colors evolved, the Egyptians and the Chinese added minerals, sand, glass, and copper to pigment-making techniques. Over the centuries, Egyptians perfected using extracts and dyes derived from vegetation sources.

Much later on, in Europe during the Renaissance, the Italians worked tirelessly developing the earth tone pigments they are famous for. They roasted sienna clay and umber soils to make the deep, rich reds of burnt sienna and the rich browns of burnt umber. The sienna pigment got its name from the town of Sienna, where the clay soils came from. 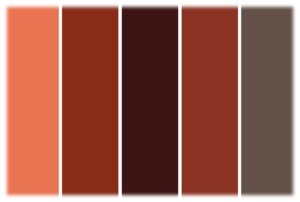 However, they are best known for their dyes derived from plants.

Many of our blogs discuss the unique Hawaiian lifestyle based on their environment.

Their unique relationship to their environment can also be seen in their dye-making process.

The early Hawaiians made dyes from many types of their native plants. The colors were extracted from the plants’ roots, stems, leaves, and flowers. Adding soil pigments and fruit dyes was often part of the mix.

Some of the plants used for dyeing were among the Canoe Plants brought with the Polynesians on their maiden voyages of discovery and settling of the Hawaiian Islands.

As we mentioned before, the canoes were not large, so each plant they carried was essential and had specific uses. Many plants had multiple benefits, including those used for dyeing. Additional uses of the Canoe Plants could be medicinal, practical, or nutritional.

Why did the Hawaiians need dye? 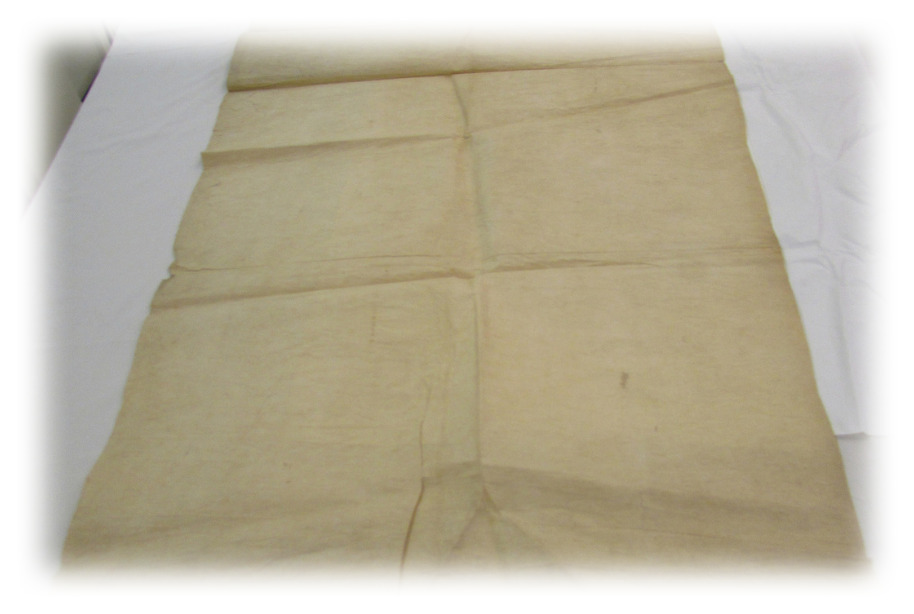 The Kapa barkcloth process came with the first Polynesian settlers.

The people from Polynesia who came to make their new home in Hawai’i were the ones who brought the ancient art of Kapa making. Our Hawaiian Arts and Hawaiian Quilts blogs talk about the fine Kapa making in Hawai’i.

When the missionary wives first arrived in Hawai’i, there was a story of how they admired the Hawaiians’ soft, finely decorated Kapa. They wondered where these native people had gotten such fine cotton from.

This fine cloth made by Hawaiians was used for everything. Whenever a piece of fabric was needed, whether to swaddle newborns or dress Kings and Queens, Kapa was made and then dyed and decorated in some fashion. 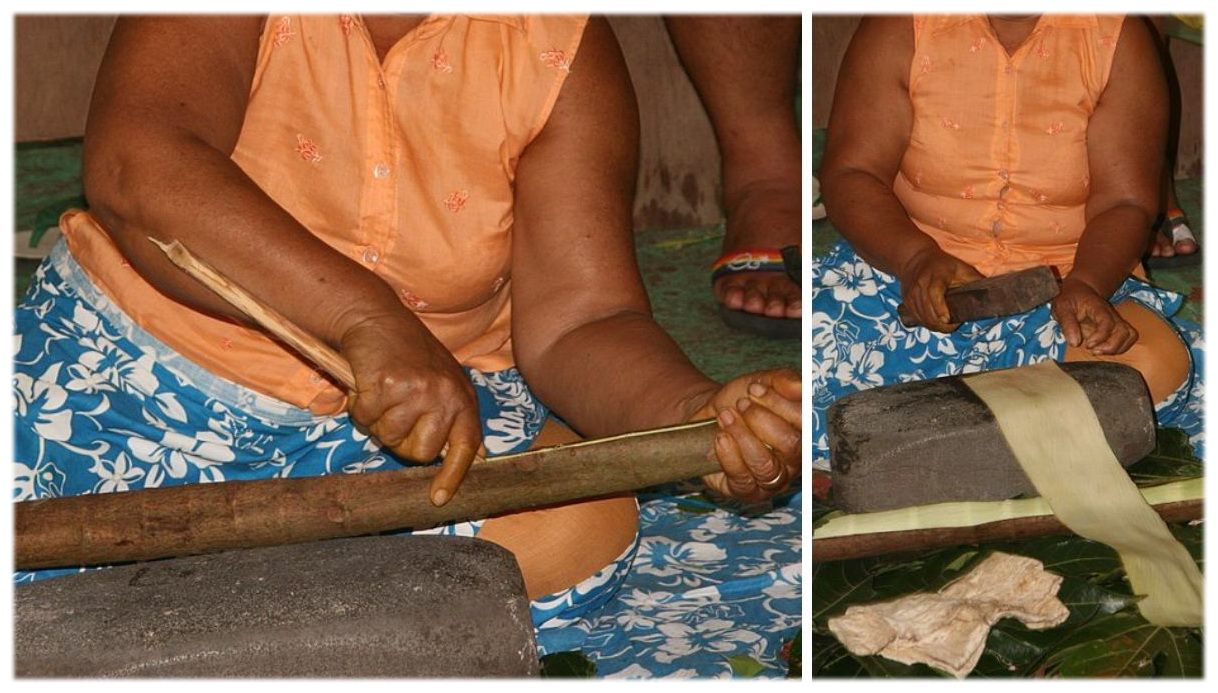 Students and practitioners of Hawaiian arts often feel that Hawaiians surpassed the quality of Kapa cloth made in the rest of the vast area of Polynesia years ago. This is primarily due to Hawai’i’s more diverse plant resources from the many micro-climates the native plants thrive in. These micro-climates helped produce plants and dyes, which are more complex than those found in the rest of Polynesia.

Over the years, Hawaiians achieved a deep intimacy and knowledge of the chemical properties of native flora, which gave them an edge in creating their exclusive and uncommon Kapa designs. 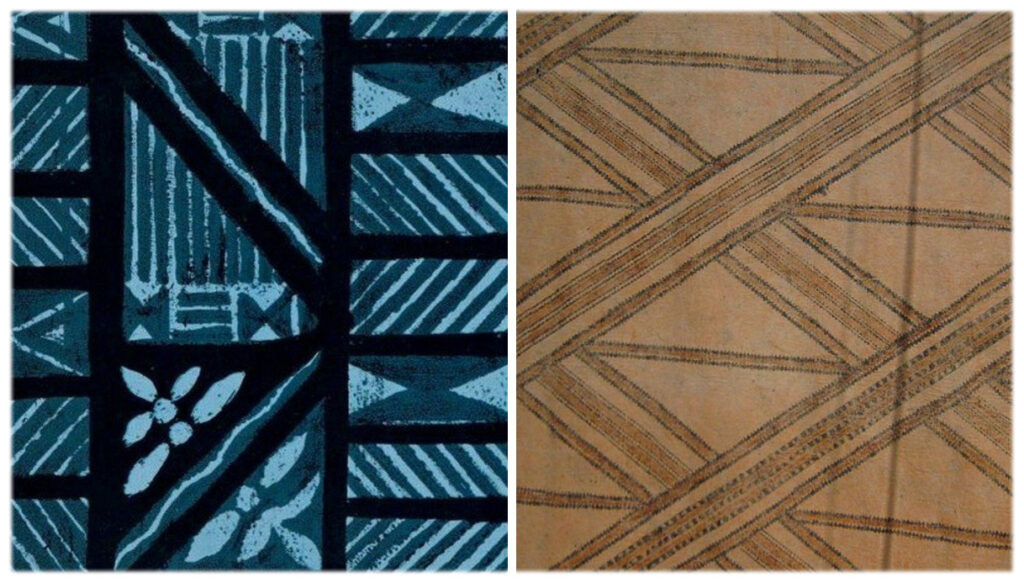 “The Hawaiian really were scientists. They wanted more than just the standard brown and black dyes, so they learned how to extract color from other sources.” – Lisa Raymond, Ethnobotanist

The ancient Hawaiian Kapa and dye makers learned that an individual plant could produce specific tints from one part and multiple tones and colors from another part of the same plant.

For example, the root of the Noni plant (aka the Morinda plant) was a great source of yellow dye. However, when the root was mixed with lime, it produced a pale rose color dye. And then, the bark of the Noni tree became an unexpected source of red dye! 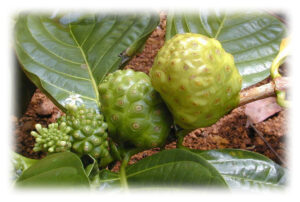 The red and yellow dyes from the roots and the bark were reserved as the colors for the Ali’i. The Ali’i included the King, Queen, and all the high-ranking chiefs. They were the ones who wore these colors. It is good that the Noni grows easily and quickly in Hawai’i so the many Ali’i could have beautiful red and yellow for their fine Kapa clothes. 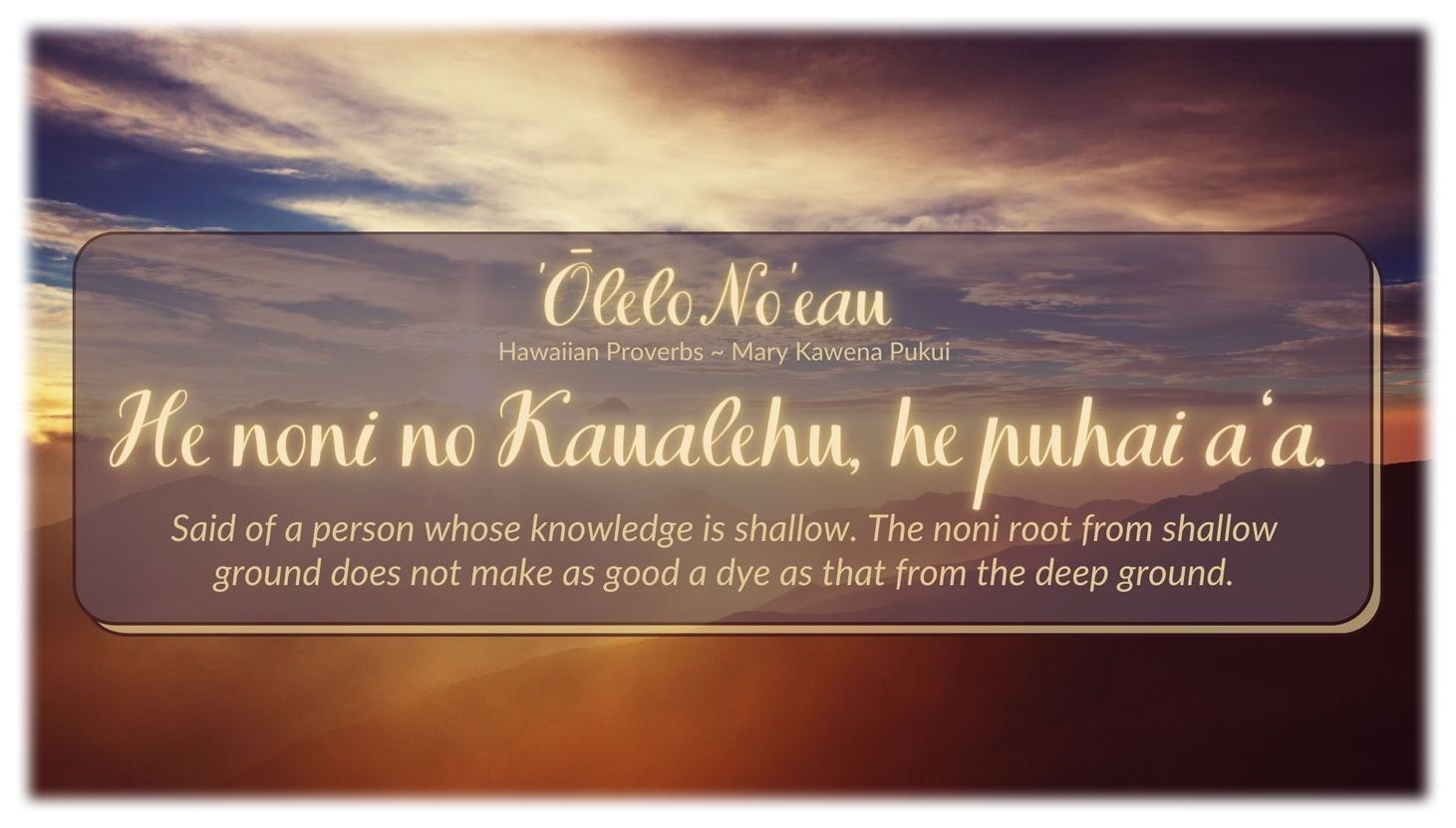 As non-indigenous plants were introduced, the creativity and knowledge of dye-making expanded.

Previously nonexistent color options became available. The ancient Hawaiian artisans would use anything and everything that could contribute to the beauty of their Kapa. Their imagination was not limited to using only canoe plants. A variety of other plants and organic sources began to be used. This is why it is believed that even octopus ink was used to make a dye.

“As the color wheel expanded, certain dyes may have distinguished one clan from another. The abundance of particular dyes in a particular region would mean that the members of that clan would wear and be identified by those colors.” – Lisa Raymond, Ethnobotanist 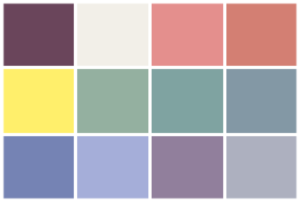 If you ever have a chance to participate in the process of dying Kapa, you will never forget the ingenuity of the process. Seeing fabrics created from a plant’s bark, pounded and fused into cloth, and then dyed and printed with patterns from other plant products is a special treat. The beauty of the finished product is astounding!

In the words of James Cook, as he explored and documented what he found in Hawai’i:

One would suppose that they [Hawaiians] had borrowed their patterns from some mercer’s shop in which the most elegant productions of China and Europe are collected, besides [having] some patterns of their own. The regularity of the figures and stripes is truly surprising.

If you make it to the fabulous Bishop Museum on the island of O’ahu one day, you will see an immense amount of incredible Hawaiian arts and crafts on display there.

One of our many favorites from that arts and crafts display is the handmade Kapa cloth.

You can see how it was made from the bark of the Wauke tree and then dyed in different colors. It was printed with the most intricate patterns and designs following the dyeing.

From these artistic expressions of intricate dye patterns printed upon the Kapa, you may have a glimpse of what a unique culture and people the ancient Hawaiians were. How ingenious, creative, and artistic they were! And still are! Even more so!