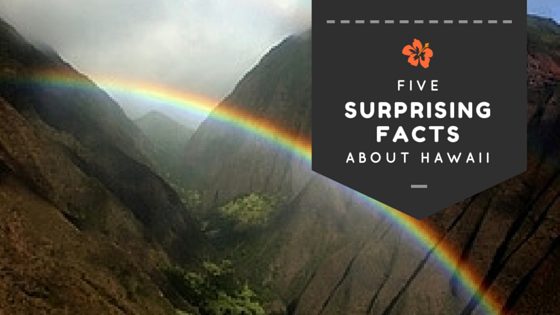 Everyone knows that Hawaii’s a pretty special state, and we could go on all week writing about its uniqueness. Here are just a few of the things that make Hawaii one of the most interesting places in the US—and even the world!

Hawaii is the only state that grows coffee.

One of the things that’s on almost everyone’s shopping list when they vacation in Hawaii is Kona Coffee, grown on the Big Island of Hawaii. Coffee is also grown commercially on other islands, mostly Maui and Kauai. It’s the only state in the union that lies in the “coffee belt,” where the warm temperatures allow the trees to flourish. Hawaiian-grown coffee is highly prized for its mild smoothness, with a complexity that varies from farm to farm, roast to roast. It’s the perfect cup to enjoy while stepping out onto your lanai and enjoying the tradewinds.

Hawaii is the most isolated populated area on the planet.

Hawaii is the only US state that’s getting bigger.

Yep, that’s right, Hawaii’s area is actually increasing, due to volcanic activity on the Big Island of Hawaii. New lava flows into the ocean, expanding outward to form a “lava delta.” These deltas either become a permanent part of Hawaii’s evolving landscape, or break off into the ocean years later. Either way, with three currently active volcanoes, Hawaii’s still growing!

Hawaii is the only US state that contains a royal palace.

Found in Downtown Honolulu, the beautiful ‘Iolani Palace was the home of Hawaii’s ruling monarchs from 1845 to 1893. Today, it is open to the public, and can be toured as a fascinating museum of Hawaii’s royal history. It’s the only royal palace that sits on US soil!

In fact, Hawaii is sometimes referred to as the “endangered species capital of the world.” Over 25% of the organisms listed on the US endangered species list are endemic to Hawaii. There are several reasons for this, but habitat destruction, climate change, and introduction of invasive species all play a part in endangering many of Hawaii’s endemic residents, both plant and animal. It’s crucial that both residents and visitors stay informed of what species are endangered or at-risk, and what species are invasive or harmful to Hawaii’s fragile ecosystem. Luckily, the dubious title of “endangered species capital of the world” draws attention to just how vulnerable some of these species are, and laws are being enacted to ensure their protection. Hopefully, between legislation, education, and conservation efforts, we’ll start to see some of our precious endangered life-forms like the nene goose, monk seal, and Hawaiian hoary bat start to thrive once more!