Hawaii’s Rainbow Culture: The Unique Story of Pidgin and How Proudly it Has Thrived 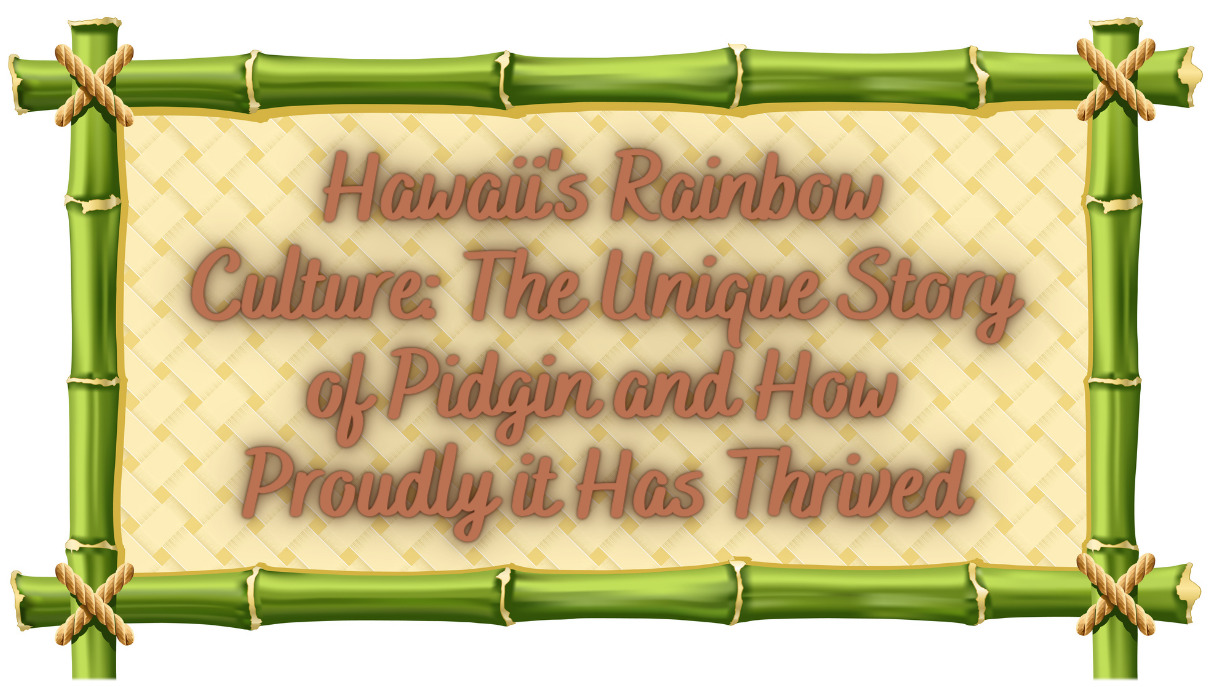 Hawaiian Creole is a language we fondly call by just one name in Hawai’i – Pidgin! You may hear someone in conversation say, “I could barely understand him; he was speaking pure Pidgin!”

Like any creole language, it has a rich linguistic history.  This history is based on the need for a common language among a diverse group of people who speak different languages.

We can all agree that it is a very colorful, fun, descriptive language that is a delight to hear spoken well. That situation happens when someone born and raised in Hawai’i tells a lavish tale to another native pidgin speaker.

What is Hawaiian Pidgin?

Let’s first understand that contrary to popular belief, Hawaiian Pidgin is NOT broken English! It’s an actual language! Here are some examples: 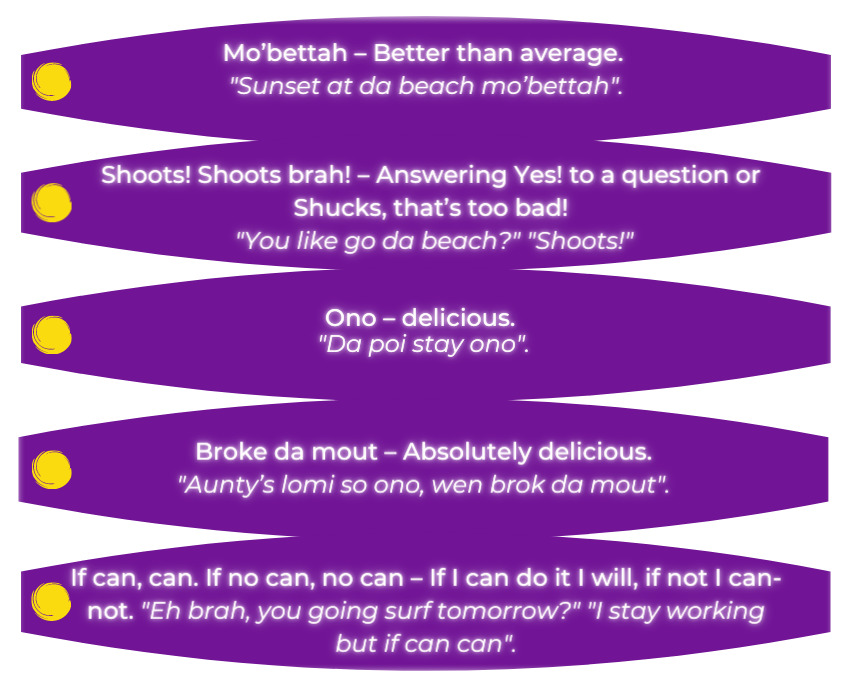 For many years, it has been spoken by many born in Hawai’i as their mother tongue, with English as a close second.

… Hawaiian pidgin originated in the late 1700s with western contact. Later, around the 1850s, it solidified in the plantations of Hawai’i. Thanks to a diverse group of imported labor who all spoke different languages.

These imported laborers began pouring in during the 1850s when the sugar industry expanded rapidly. Plantations began to pop up on all islands. Plantation owners had to import contracted laborers to support the Hawaiian labor force. And everybody had to be able to communicate.

Due to the increasing numbers of migrants coming for the plantation work in the beautiful Hawaiian Islands, Pidgin evolved and spread quickly. As a result, pidgin served as an essential language in economic transactions. This made it more universal and helped solidify it as a second Hawaiian Language.

Check out this Hand-made flyer for a Senior Lu’au from 1971. 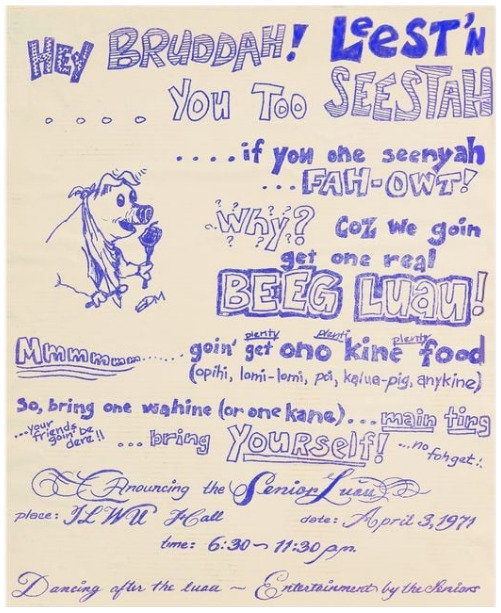 Let’s look at some of the main factors that helped form this remarkable language into its prominent status in the islands.

Hawaiian Pidgin is a full-fledged, stable native language. It began in the late 1700s and flourished in the 1850s.

In 2015 pidgin was added to the list of 100 Official languages spoken in Hawai’i. It took a while. But, like they say, better late than never. Like any official language, pidgin is changing with the times and being taught in universities and language schools. It is fully alive and growing with the islands’ ever-evolving communication needs. 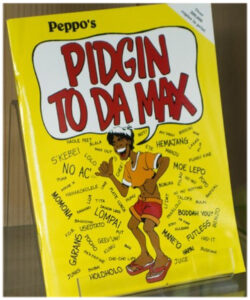 Although not thoroughly aligned with Standard American English, Hawaiian/English Pidgin has a higher degree of accuracy among its speakers than other English-based creoles. It is believed this is due in part to its somewhat new emergence, of a little over 200 years ago.

Contributing to this is also a tendency for many of its speakers in Hawai’i to mix Pidgin with Standard English.

Watch this Video about Pidgin: 5

Many do not recognize pidgin as aligned with Standard English (yet).  Amazingly, you can find some Pidgin  words in the Oxford English Dictionary.

For example, vocabulary words like hammajang, which means messed up, were  recently added. Used like this: Da room stay hammajang. (Time to clean up your room!)

“Pidgin is much more than its vocabulary or words. It is an everyday language and expresses the culture and values of the Hawaiian People.”

When a professor who teaches Hawaiian Pidgin was asked, “What about the person who speaks a more standard form of English who cannot speak Pidgin—are they handicapped in Hawai’i?”

PS: A brief reminder if you are NOT a native pidgin speaker, you may embarrass yourself if you try to “Speak Pidgin.” We suggest using single words or very short statements initially as you grow to love the sound and want to learn more.

ahu pua’a – land division, usually extending from the uplands to the sea, the boundary was marked by a heap (ahu) of stones surmounted by an image of a pig (pua’a), or because a pig or other tribute was laid on the alter as tax to the chief