Kalo Is Where Life Begins – The First Hawaiian Ancestor 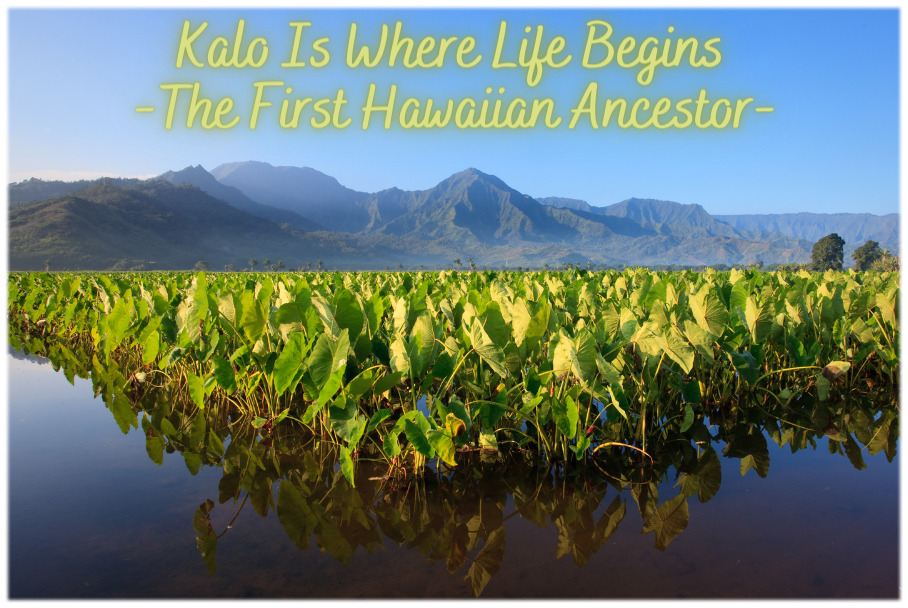 The Kalo plant, also called taro, is where life literally began for the Hawaiian People. The plant and its supreme importance to Native Hawaiians is an adventure story. It started 10,000 years ago in South East Asia.

The Kalo plant and its cultivation is thought to have originated in Southern India before it made its way eastwards into Polynesia. According to recent DNA genetic research, the Polynesian people who settled in Hawai’i originated in South East Asia.

Like the original Hawaiians, they carried this versatile, nutritious powerhouse plant with them. The first wave of these settlers bearing Kalo eventually made their way from the Marquesas Islands to Hawai’i around 1,700 years ago. And the second migration, from Tahiti, arrived in Hawai’i around 1,100 years ago.

You can trace this 10,000-year amazing journey of Kalo on these maps: 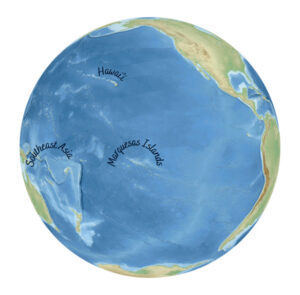 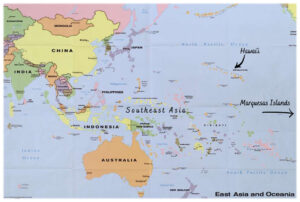 During these millennia of journeying Eastwards, the Polynesians carried in their double-hulled canoes, the plants, and root-stock of essential plants which have come to be called Canoe Plants. These were plants considered sacred and also crucial for survival.

Over Millennia of traveling, Kalo became the source: the mother, the father.

Indeed the importance of Kalo and its sacred meaning developed across millennia. During these thousands of years, the people who would come to be called Polynesians always carried the tubers or corms for new Kalo plants. They made their way from South East Asia, through Indonesia  across the Pacific Ocean. They settled on one island chain after another. The Kalo moved with them.

Kalo is vital to the Native Hawaiian culture.

Kalo is heralded in the Kumulipo, the Hawaiian Creation Chant. This chant is comparable to the Book of Genesis in the Judaic/Christian holy book, which describes life’s origins.

In the Kumulipo, the Earth Mother, Papa, and the Sky Father, Wakea, give birth to Ho’ohokukalani, the most beautiful woman of the time. She, in turn, gave birth to Haloa-naka, who was still-born and placed into the earth. From the ground where Haloa-naka was buried grew the long stem and quivering leaves of the Kalo plant.

The Kalo plant nourished and fed her second son. It is from the second son that Hawaiians trace their lineage. 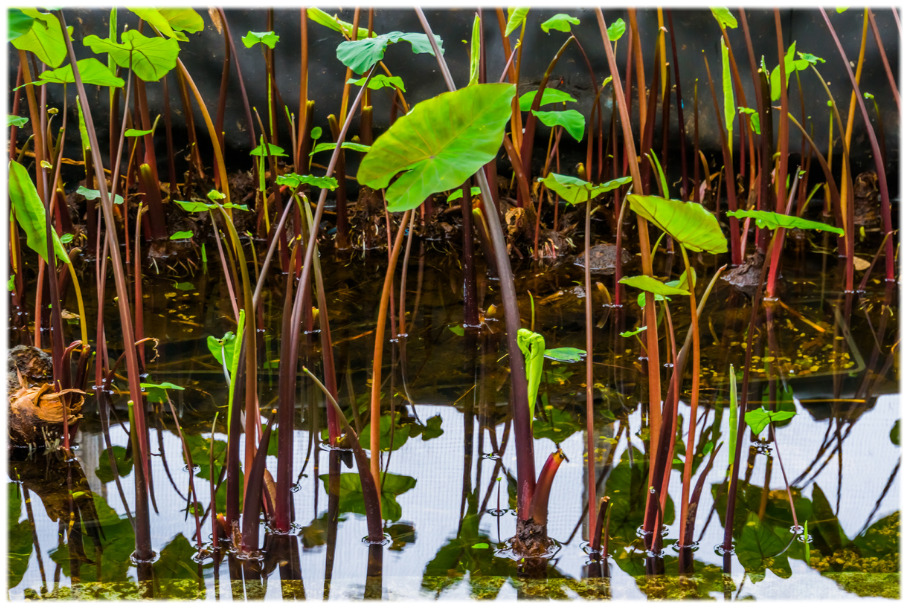 A potent quote from Hokuao Pellegrino, Native Hawaiian taro farmer, and cultural practitioner: “From a Hawaiian perspective, any Kalo is our ancestor,”

If you are fortunate enough to know that Kalo is your ancestor, it gives you an infinite amount of respect and connection to the plant and its multitude of uses, from the starchy corm to the beautiful large green leaves.

The corm or tuber is what is actually called Kalo. From this corm comes the dietary staple of poi, which is cooked and pounded into a paste. The rest of the plant is also very nutritious and useful. 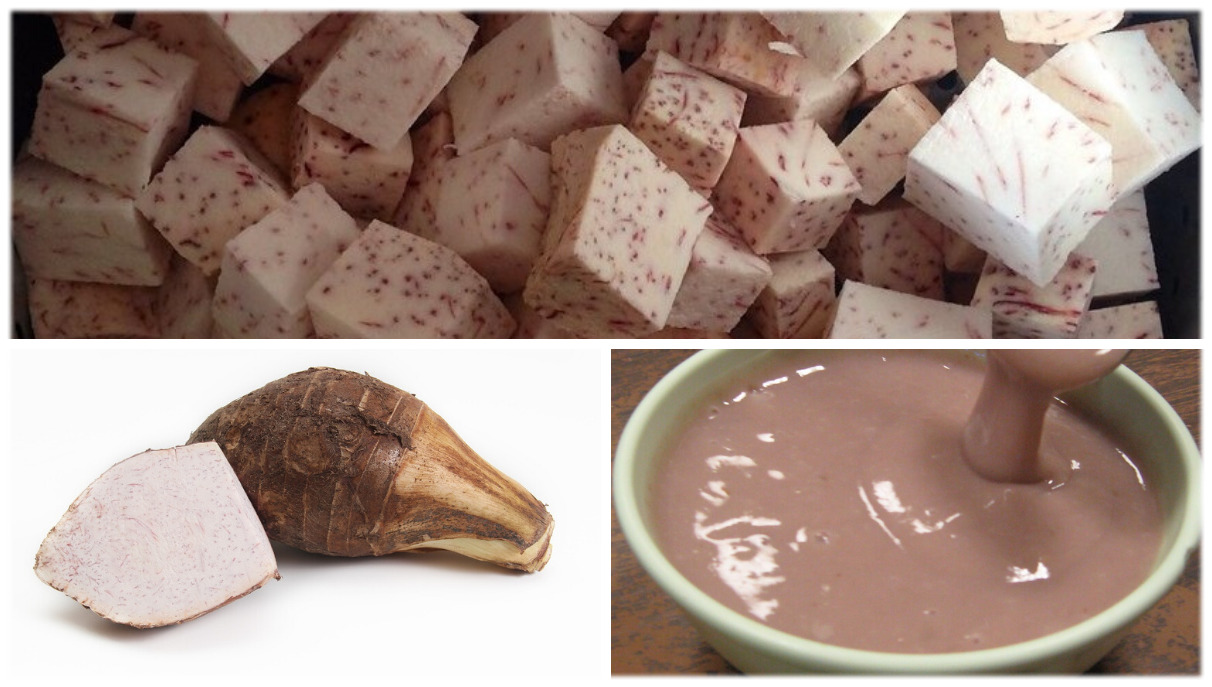 The large, quivering leaves, called Lūʻau, are also a delicacy. They are well cooked and used in dishes such as a personal favorite, Squid Lūʻau. There are many versions of this hearty and delicious dish made with pork, beef, or chicken. The leaves are also used in other yummy recipes. Cooked, it is like spinach with a much richer flavor.

Growing such a universally desired staple food source like Kalo, with immense cultural significance, is not always a simple task. Many varieties have disappeared. There were hundreds of Kalo cultivars developed by Hawaiians before European arrival. Only 84 were documented in 1939 in Taro Varieties in Hawai’i.  This pamphlet has become the go-to reference on Kalo.

The lack of varieties has continued to this day, and currently, 90% of all Kalo consumed in the State of Hawai’i is the Maui Lehua strain. The same modern-day tendency towards mono-cropping has led to similar problems with Kalo. Growing massive amounts of the same plant has led to the demise of many variations which we have previously cultivated through the decades.

The main difference in addressing the problems arising from mono-cropping  here in Hawai’i is that this crop has vast cultural significance.

Therefore, the solutions need to come from the traditional and ancient ways of Hawaiian sustainability. Solutions such as growing more varieties in more places, as was done in the past. Or by reclaiming the diverted waterways and creeks which were placed into captivity to grow sugar cane. Letting them return to their original stream beds to feed the cultivation of Kalo would be a boon to the return of full Kalo production here in Hawai’i.

The potential for Kalo farming is enormous. As things stand today, the islands import an additional 2 million pounds of kalo a year to meet the demand. Residents and visitors consume about 6.5 million pounds a year. Those 2 million pounds are a quarter of the Kalo market that island farmers are missing out on.

At its peak, Kalo was grown on roughly 35,000 acres across the Hawaiian islands.

Those 35,000 acres have now shrunk to 500 acres! This shortage is due primarily to the water being diverted from the original stream beds to the man-made sugar cane canals. Fortunately, sugarcane is no longer grown in Hawai’i. This gives hope to the future Kalo farmers and the return of sustainability here in Hawai’i.

Since Kalo can be grown both wet, in water-filled paddies, and dry, mainly at the higher elevations, it creates many possibilities. The most common way of cultivation was the wet method. First, the farmer marks off an area that would become a paddie or shallow pond next to a small creek. The Kalo is planted and then flooded to fill the paddie. 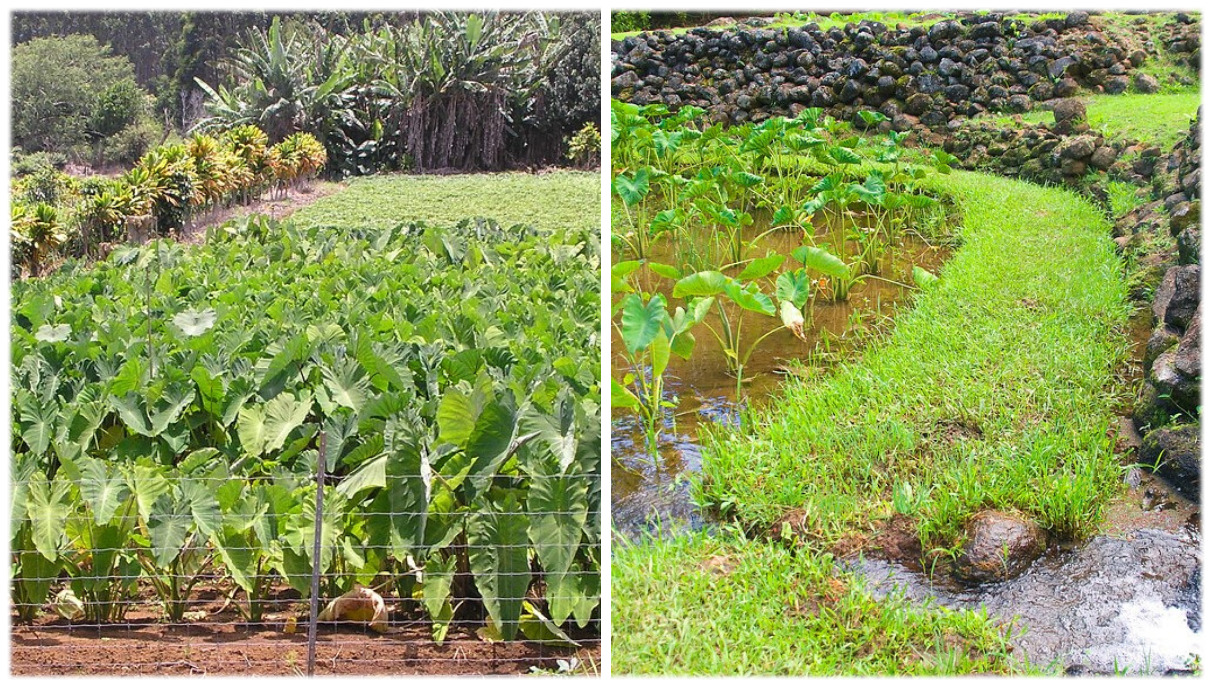 The dry method is commonly used in higher elevations, usually in lands recently cleared. Before the rainy season, farmers would put the Kalo cutting into a 9” deep hole and cover it with mud and wait for the rains.

However it is grown, it takes about 200 days to mature!

Here in Hawaii, you’ll find Kalo most commonly consumed in the form of poi (mashed Kalo). It is fed often to babies as their first whole and naturally healthy food. It is a favorite of the elderly for its ease of digestion and high vitamin content. Of course, you will find it at most restaurants serving Hawaiian food. 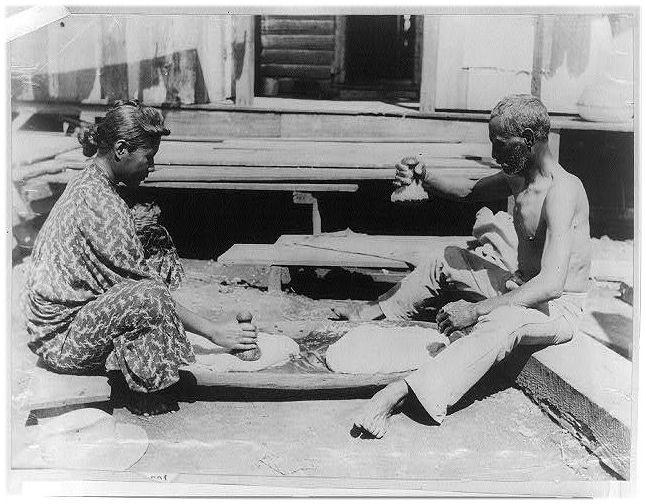 Those chips and desserts are healthier than potatoes, as Kalo is one of the most complex carbohydrates on the planet. It is the sixteenth most cultivated plant being grown globally in more than 60 countries. From early times, Kalo was the primary food of the Hawaiian people. It was supplemented by other principal and traditional foods such as ulu (breadfruit), uala (sweet potato), fish, ferns, limu (seaweed), and fruits.

One thing is absolutely certain: if you ever go to a good Lūʻau, you will find Kalo in all its many forms and glory! You can mix it, like poi, in with your lomi-lomi salmon, or have a bite with each taste of kalua pig. It may be a learned taste for some, but it’s worth your time to get to know it.

It’s the very essence of Hawai’i.