On any Haleakalā Tour, aside from the stunning views and fascinating geological features, guests are always thrilled to get a chance to see the rare Haleakalā Silversword plant, or ‘āhinahina. These unique plants can only be found above 7000 feet on Haleakalā, although a close relative grows on Mauna Kea. Just about any time you visit the summit, you’ll get a chance to view these beautiful silver-gray plants, and if you’re very fortunate, you’ll get to see one in bloom. 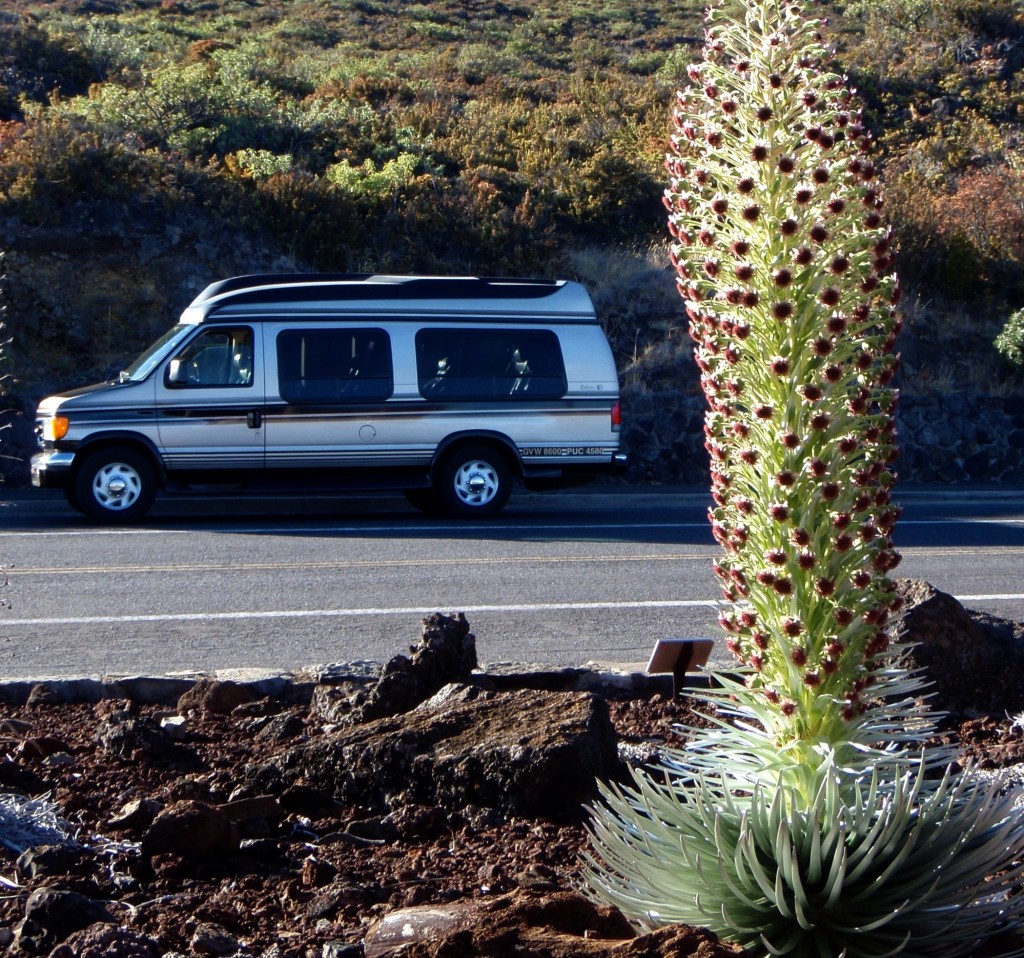 Small maroon flowers– reminiscent of sunflowers– grow on the silversword’s stalk when it’s in bloom.

The silversword quickly became one of the main conservation concerns Mt. Haleakalā first became a national park in 1916. Before then, visitors to the Summit took them as souvenirs, or uprooted them just to roll them down the hill. They were also a tasty snack for the goats that roamed the mountain. As years passed, the feral goat population was better controlled, and human interference was decreasing as the public was educated on the importance and fragility of the silversword population. 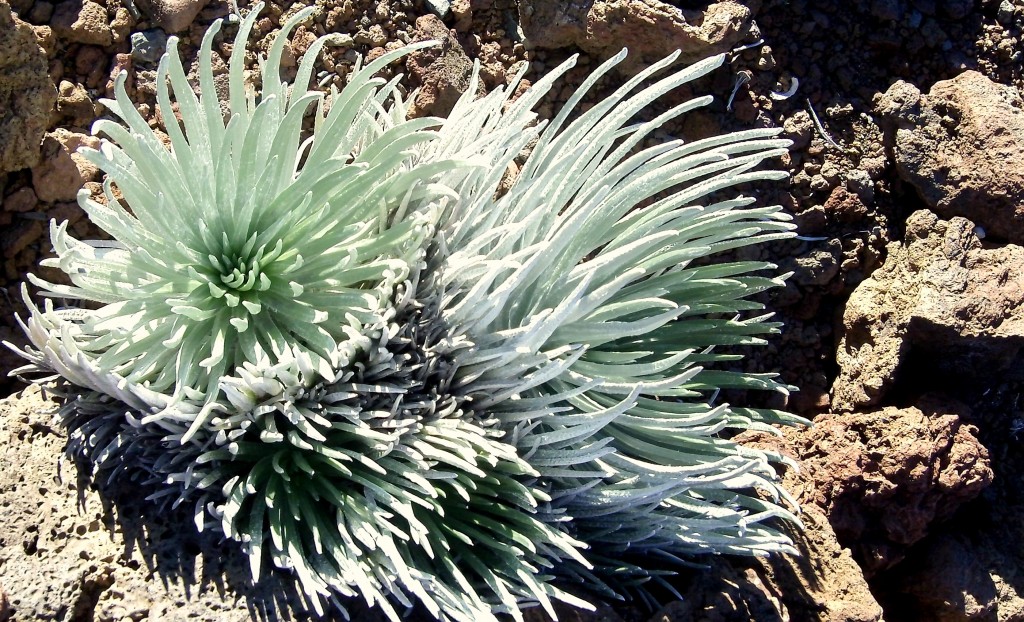 The silversword can grow for thirty to sixty years before it blooms.

Another threat to the plants comes, in turn, from the threat to the Hawaiian yellow-faced bee, one of the plant’s primary pollinators. Invasive species are believed to be causing a decline in the yellow-faced bee populations, thus the silversword plants miss out on crucial pollination, which they need insects to complete. 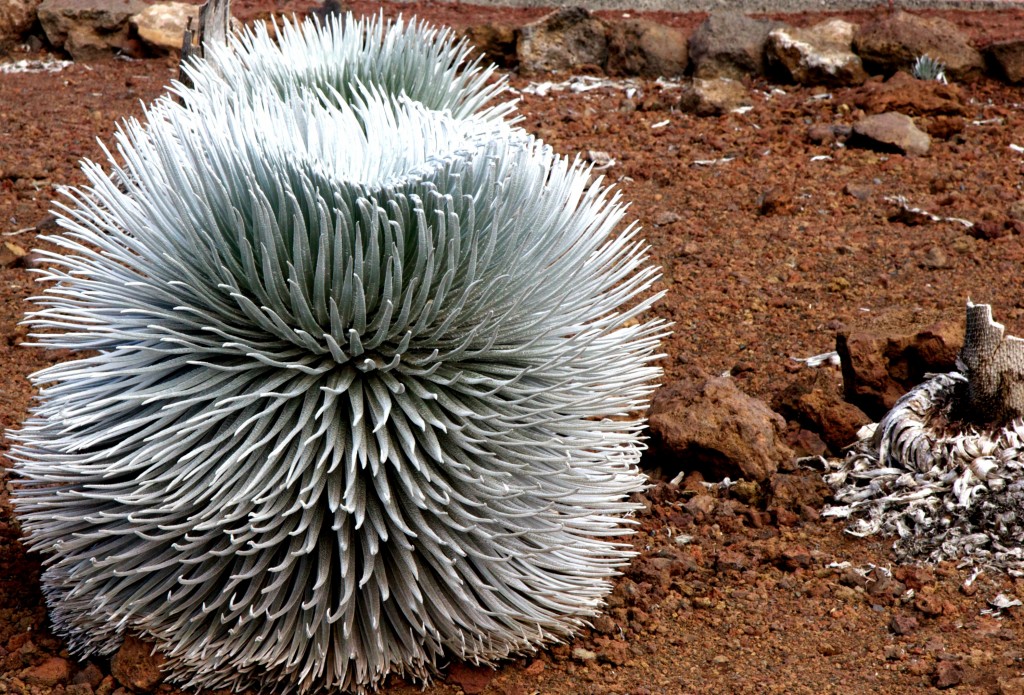 The silvery succulents have adapted themselves to withstand the cold, dry conditions of Haleakalā.

Efforts are still being made to help preserve these important native plants, despite recent declines that researchers are studying continuously. Visitors to Haleakalā are encouraged by both National Park rangers and Hawaii Certified Tour Guides to keep a respectful distance from the silversword plants. They are a truly unique and beautiful plant to see, and it will certainly be an unexpected highlight of your Haleakalā tour!