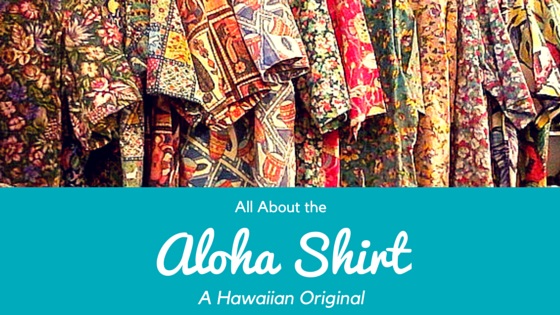 One of the must-buy mementos for a lot of folks visiting Hawaii is the Aloha shirt—and why not? It’s a wearable piece of the Islands, and it’s perfect to wear around the resort, at happy hour, and anytime you’re just digging your toes in the sand. You probably don’t even get it out of the closet again until it’s time for another Hawaiian vacation, but here in Hawaii, the Aloha shirt is a staple item, especially for men. Whether you’re at the bank, an insurance office, or even in a court of law, you’re bound to see the ubiquitous Hawaiian shirt as business attire almost everywhere. Why is that, though?

The Aloha shirt has its roots in ancient Hawaii, from hand-made kapa cloth, dyed with intricate patterns. Additionally, the Tahitian pareu, cloth printed with simple, bold floral patterns, had a hand in making Aloha attire what it is today. Later, as Filipino workers started to settle in the islands, the untucked style of their barong tagalog shirts made its way to the Aloha shirt as well.

The first Aloha shirt dubbed as such was sold in 1935, by a tailor in Honolulu. These shirts were aimed at tourists, as they could be made quickly, and worn throughout a stay in Hawaii. They were, however, instantly popular with tourists, surfers, and locals alike. By the fifties, as travel to Hawaii became easier and more affordable, Aloha shirts flooded the market. Many were seen as simply a tacky souvenir, many designers started to elevate the garment, using higher-quality material and more interesting designs. Some of those early brands that are still around today are well-known labels like Tori Richard and Reyn Spooner.

By the sixties, the Aloha shirt was on-trend for men all over Hawaii. To encourage this Hawaii-centric style, and to support local garment industries, many businesses (including the Hawaii State Senate) encouraged men to wear their Aloha shirts to work on Fridays. The result? The Aloha Friday tradition continues today (watch news anchors trade their suits for Aloha shirts and lei on Fridays!) and it even made its way to the US Mainland. Does your company have Casual Friday? You have Hawaii to thank for that!

Today, Aloha shirts can be found everywhere, and in styles ranging from the most bright and colorful to the muted, “inside-out” prints that businessmen tend to prefer. There is almost never an occasion where an Aloha shirt isn’t appropriate in Hawaii—even most funerals ask that attendees don “Aloha attire.” From architects to college professors, the Aloha shirt is just another laid-back, comfortable, breezy part of life in Hawaii.