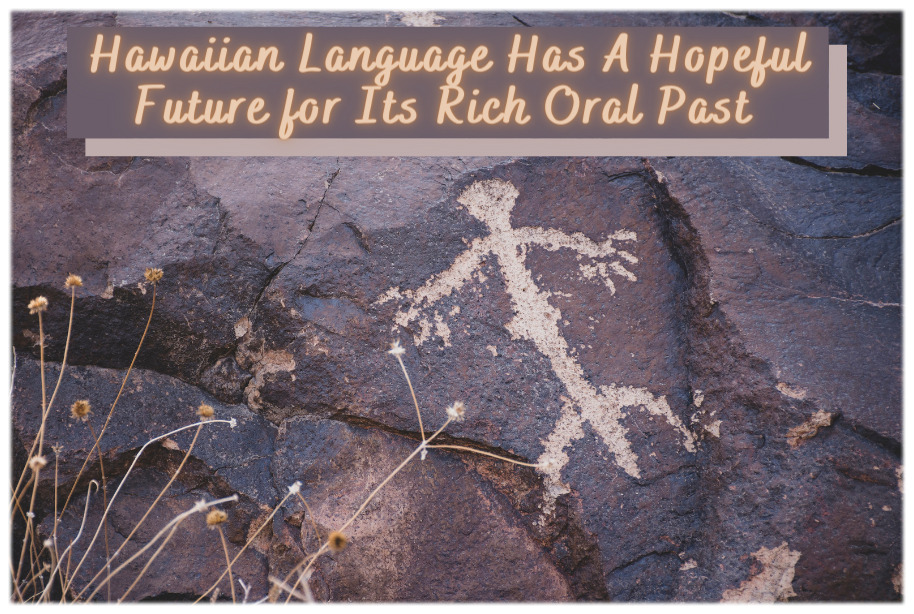 The first people to settle in the Hawaiian Islands brought the ancient Polynesian language.

It is considered by scholars to be one of the oldest languages still spoken on our planet today. The language evolved and changed as the culture and way of life changed. This was in response to the new environment and new challenges. Eventually, the language became ‘Ōlelo Hawai’i, the Hawaiian Language, the language of Hawaii’s indigenous people.

Indigenous people are the first stewards of the land they inhabit. Therefore, their languages hold cultural history, traditions, and generational memory. The language is a repository that gives identity and roots to the people it belongs to. The traditional knowledge recorded in the language is crucial to the identity and history of the people.

A native language is a reservoir of deep understanding.

It unlocks the knowledge of the past, which future knowledge builds upon. 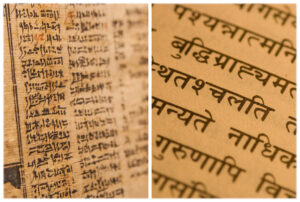 ‘Ōlelo Hawai’i has had a turbulent past. At one point, it was expected to be extinct by the end of the 20th century.

From the birth of a language until its death, a language has many phases of transformation. The Hawaiian language developed and was modified over centuries of speaking here on the islands. Over time, it became almost unintelligible from the other Polynesian languages. It flourished, declined, had a near-death, and then began a slow revitalization process.

In the last 40 years, Hawai’i’s Hawaiian language and culture have been a tremendous resurgence and renaissance. The number of people wanting to learn and speak Hawaiian has exploded. This includes Hawaiians currently not living in the islands. ‘Ōlelo Hawai’i is now being taught in 21 immersion schools throughout Hawai’i. You can even obtain a Master’s degree in the Hawaiian Language from the University of Hawai’i.

However, the language is not off the endangered list yet. Although half a million people used to speak Hawaiian, it is estimated that 0.1% of the people that live in Hawai’i speak their native tongue today.

Let’s take a deeper look at the journey of ‘Ōlelo Hawai’i.

The Hawaiian language has a tradition as rich as any language on earth. Before the arrival of Captain Cook in 1778, it was strictly oral language. Besides petroglyph symbols, there was no written language. All the history, religion, traditions, and culture were passed down orally, from generation to generation, through chants, hula, and talk-story. 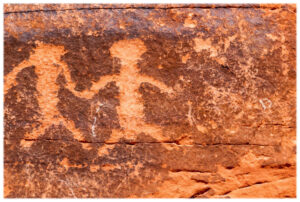 There was no alphabet. Therefore, there was no way to write the Hawaiian language until the year Captain Cook arrived in 1778. They wrote the language phonetically to document things in their native tongue. This made the early written language look very different from the later rendition. 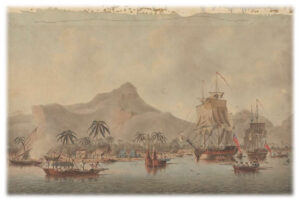 Inventing a written form of Hawaiian was not an easy process. Although having only 12 letters, the Hawaiian language has many more than 12 sounds. Diacritical marks, diphthongs, and double vowels added other sounds that could be heard but not easily written.

It wasn’t until 40 years later, when the missionaries arrived, that the oral Hawaiian language was converted to a standardized written language. The written Hawaiian alphabet, called ka pīʻāpā Hawaiʻi, is based on the alphabetic writing system from classical Latin script. Hawaiian words end in vowels, and every consonant must be followed by a vowel.

The missionaries converted ‘Ōlelo Hawai’i to the alphabetic script. This was so they could educate and convey the Bible’s messages to the Hawaiian people. 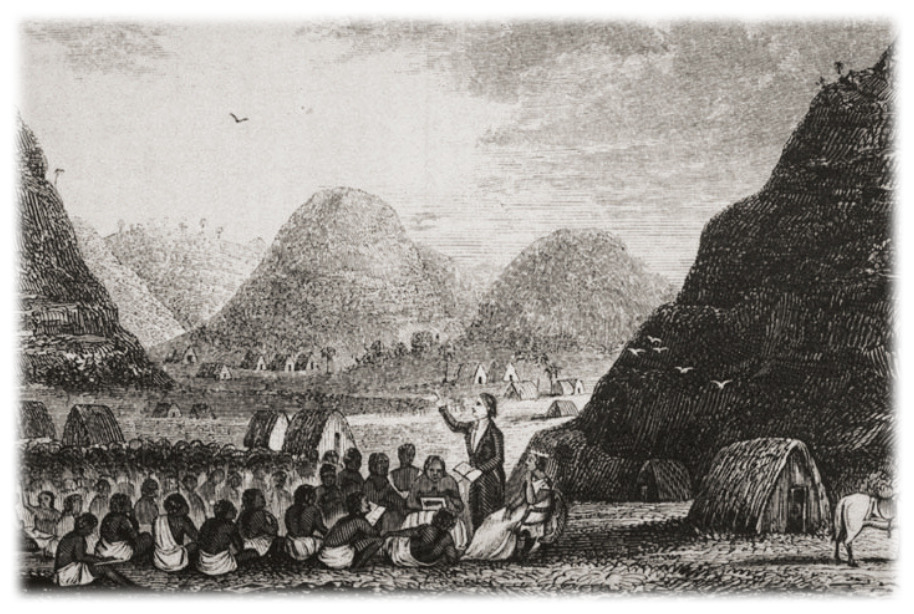 Once the Hawaiian alphabet was created, the missionaries could teach the Hawaiian people how to read and write. The language was now in a form they could teach to school children. It quickly became used by everyone in their daily lives. Soon, even the government was speaking Hawaiian. The ships employed native speakers to travel with them to help the crew learn the language.

The writing and spelling system created by the missionaries was so straightforward that literacy spread very quickly among the adult population in Hawai’i.

Hawai’i residents, both Native Hawaiians and others who came to the islands, developed an insatiable appetite for reading and writing in ‘Ōlelo Hawai’i. Newspapers were printed with news of Hawai’i and the wonders of the world, all in Hawaiian. As a result, literacy rates rivaled the most progressive nations globally.

The Kingdom of Hawai’i conducted their lives, from state business to daily chatting, in Hawaiian.

It was indeed the language of the land.

The missionaries set up many schools for children. Then, in 1840, the Hawaiian Legislature mandated compulsory state-funded schooling for all children under 14. This was 12 years before mandatory education was required anywhere in the United States.

‘Ōlelo Hawai’i becoming the primary language led to a flurry of educational opportunities, which gathered steam quickly. But, sadly, those opportunities would lose steam almost as fast as they had started.

Although the influence of English-speaking people coming to Hawai’i assisted in the rise of Hawaiian literacy, that would change dramatically within the next few decades. From the mid to late 19th century, the language declined almost as quickly as its literacy rate had grown.

This decline was partly due to the influx of western settlers and the new diseases they brought that began sweeping the native Hawaiian people. In addition, the presence of these new illnesses, such as smallpox and influenza, caused the number of native speakers to drop perilously.

This was because they had never been exposed to these diseases before.

Naturally, as the number of native people and speakers decreased and the population of westerners increased, English gradually became the language of choice. It was a new generation, and Hawai’i was becoming a place to establish power and wealth. There were reciprocity trade treaties made with the United States.

Long gone was the original missionaries’ intent of educating the Hawaiian people. Those first-generation missionaries were replaced by those who wanted only money and power. English was to become the language spoken by all. 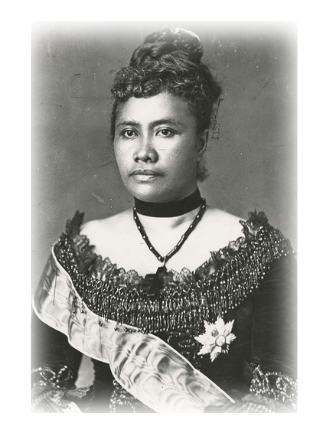 In the late 1890s, Queen Lili’uokalani and the Monarchy were overthrown, and Hawai’i was annexed to the United States. In 1896, Sanford B. Dole, then president of the Republic of Hawai’i, passed a law banning the usage and instruction of Hawaiian in schools. 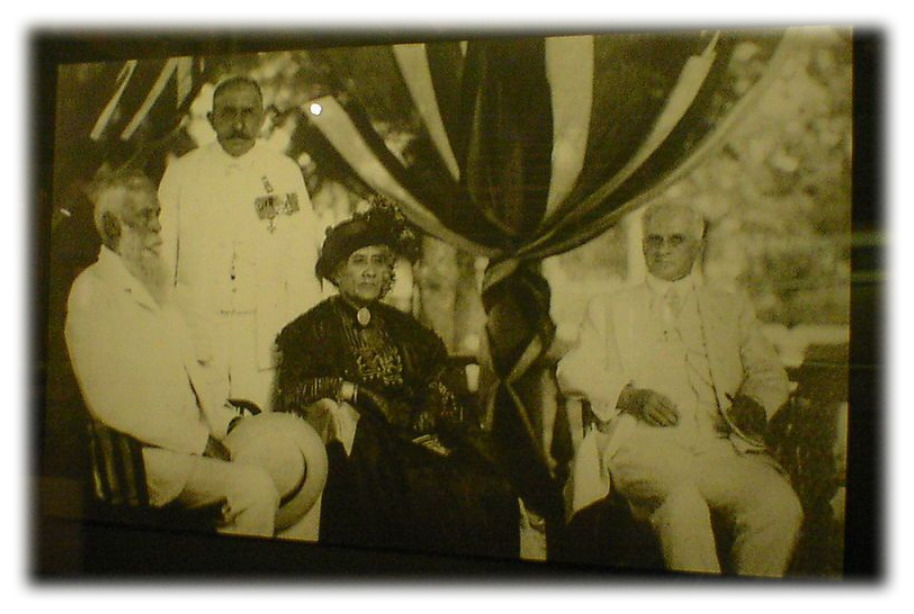 From then on, no Hawaiian children were taught the Hawaiian language.

If anyone was caught speaking ‘Ōlelo Hawai’i, they could face harsh punishment.

Within five decades, westerners in Hawai’i went from actively advocating literacy in the Hawaiian language to extinguishing it altogether. Unfortunately, the ban on the language simultaneously curtailed all Hawaiian cultural practices, arts, and traditional lifestyles. Fortunately, these practices went underground, which is why a resurgence has been possible over the last 40+ years.

The Hawaiian cultural renaissance of the 1970s set the stage for the language’s return from the brink of extinction.

The realization that fewer than 50 children spoke the Hawaiian language in the early 1980s stimulated a group of educators to establish Hawaiian preschools. Here, children could learn Hawaiian by interacting with native-speaking kupuna or elders. The rest, as we say, is history.

The Hawaiian language is slowly returning to prominence in Hawai’i. We are the only state in the US with two official languages. But, as we said, it is still classified as a critically endangered language by the United Nations. One of the best ways to preserve a language is to have the parent speak to a child. We need another two generations to secure this process.

And now, here’s what we can all do to help.

Another essential way of preserving ‘Ōlelo Hawai’i is when others learn and use the language in any capacity. So, when you visit Hawai’i, learn how to say a few phrases correctly and test them out. Even if it’s just the words Aloha and Mahalo, accompanied by your smile. They will be deeply appreciated by all.