Hawai’i Has Native Butterflies – Here is Their Heartfelt Story 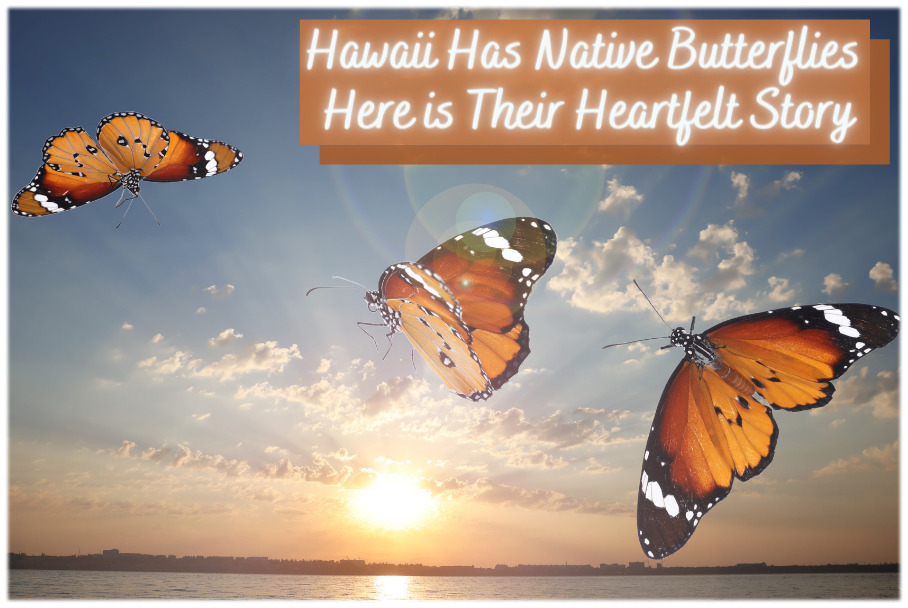 Did you know that Hawai’i has 2 breeds of indigenous butterflies?

Over 1000 butterfly species that call Hawai’i home have been recorded through the years.

Of all these butterflies, there are two native species and about fifteen alien species which dominate the island chain.

An authentic native butterfly, The Kamehameha Butterfly, is the official Hawai’i state insect. Its Hawaiian name is Pulelehua. The beauty of this Hawaiian Butterfly is related to many breeds of butterflies found all over the world. Yet, this particular Butterfly, Hawaii’s Pulelehua, is NOT found outside of Hawai’i. 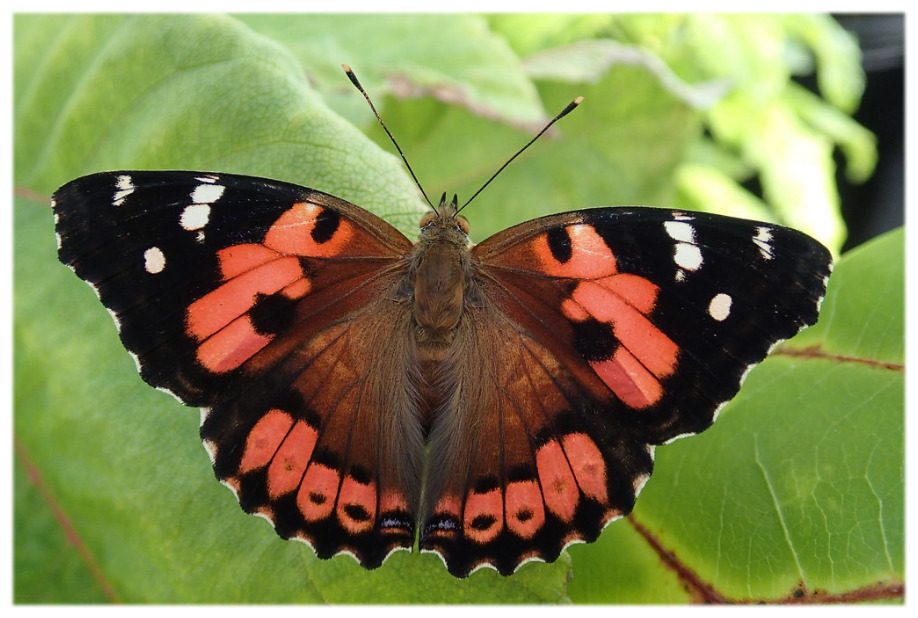 The Hawaiian Blue or Koa butterfly is the other native species of Hawaiian Butterfly. But today, this blog is about the remarkable story behind the Kamehameha Butterfly. 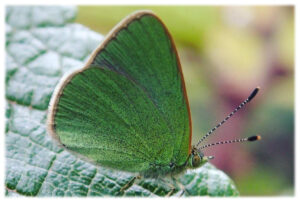 The ancestors of these 2 butterflies made it here from North America or Asia millions of years ago. They then slowly changed enough over an extended period to become their own species.

The light-green Pulelehua caterpillars primarily feed only on native Hawaiian plants in the nettle family and also eat and breed on the māmaki leaves, koa, and naio. They do not consume non-native plants, so farms and veggie gardens in Hawai’i are safe from native butterflies. 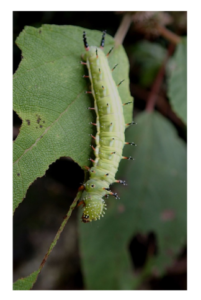 These young Pulelehua caterpillars are known to protect

themselves by making a shelter. 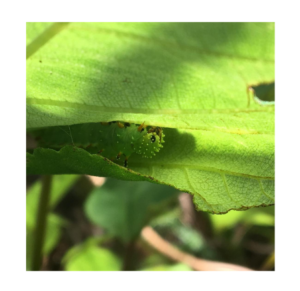 They cut a flap of leaf, covering themselves, which they secure with silk. Older caterpillars sit still on the branches, waiting for nightfall. When the sun has set, and the forest birds have gone to sleep, they venture safely onto the leaves to eat.

HERE is a video of a covered baby caterpillar

Their chrysalis is also well-camouflaged, looking like a withered leaf. It takes a little over 2 weeks for the chrysalis to become a butterfly.

This Butterfly was formally named in 1878 to honor the Royal House of Kamehameha. This royal family unified the Hawaiian Islands in 1810. They reigned until the death of Kamehameha V in 1872. 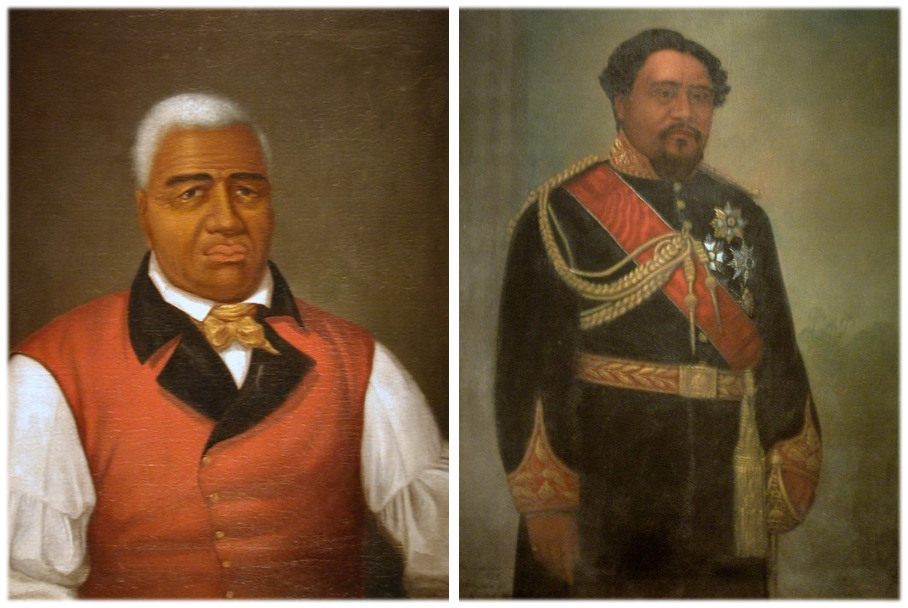 Are you familiar with “The Butterfly Effect”?

The butterfly effect, drawn from the Chaos Theory in Physics, is the phenomenon whereby a minute localized change in a complex system can have significant effects elsewhere.

Here is a heartfelt story of “Hawaii’s Butterfly Effect.”

In 2009, a 5th-grade teacher gave a small group of her students a project in government studies to creatively teach them how legislation is created. She felt that these students needed to learn more about the inner workings of the government.

She challenged them to propose a bill to the State of Hawai’i legislature to appoint the first-ever state insect. This project captivated these students. They worked hard, collected data, and poured over their findings.

Finally, they narrowed their finalists down to 2 native insects: The Kamehameha Butterfly and the Hawaiian Happy-Face Spider. Once they had their two candidates, the whole class voted. And, Pulelehua, Hawaii’s Butterfly, was the winner. Of course, the fact that many people don’t like spiders weighed in on their choice.

The group took their proposal to various legislators once it was complete.

Their goal was to name the Pulelehua as the State Insect.

One main argument for declaring the Butterfly as the State Insect was that there had been fewer and fewer sightings recently. Although the native Butterfly was not yet endangered, people had noticed that the pulelehua had been slowly disappearing. They were not being seen in areas where they were once prolific.

Certainly, the students understood that if they got the pulelehua approved as the state insect, people would take notice. Perhaps efforts would be made to try and protect it. Hopefully, before it was too late, and it had to be put on the endangered list.

The Kamehameha Butterfly became the state insect in 2009 due to one teacher and her students immense effort.

It is now being bred in captivity. 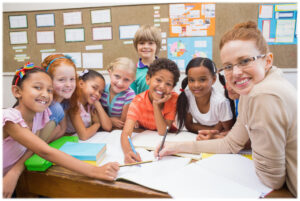 In 2017, the first pulelehua were released in the wild to help preserve them from extinction.

They immediately flew to the top of the māmaki trees.

A minute, local 5th-grade class project started in 2009 had considerable effects elsewhere! The very definition of the Butterfly Effect!

The teacher of that small class started with teaching students about government and the process of creating legislation. This, in turn, multiplied and magnified way beyond the teaching of government functioning to 5th graders.

The first wild release of an at-risk species in Hawai’i happened in 2017. This was from this 5th-grade class project. What an exciting and delightful journey for the pulelehua!

This is Hawaii’s real-life butterfly effect.

When someone is inspired, like the class teacher, to create and challenge her students to a real-life learning experience, her students have the opportunity to learn that anything is possible! Once we set our minds and determination to it!

The more significant Butterfly Effect is this small class of 5th graders who understand how to Change the World.  They understood the effects their actions and passion will have on our entire planet! Talk about when a “minute localized change in a complex system can have significant effects elsewhere!”

How they will impact the world through their many long years of life, through this initial, incredible lesson, is truly the most impressive Butterfly Effect of this project!

P.S. Fun Fact: One of these students went on to study biology. During her studies, she came to find out that spiders are not really an insect.