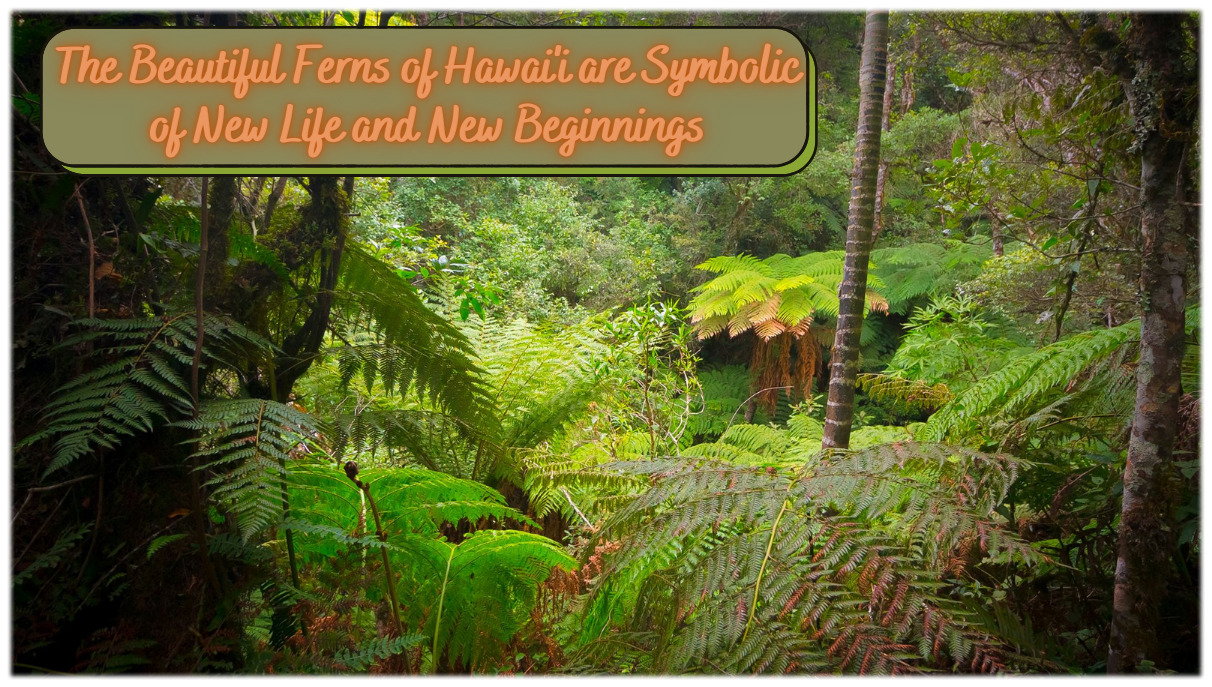 The fern is symbolic of everlasting youth.

Many indigenous people believe that the fern represents new life and new beginnings. In Japan, ferns exemplify family and hope for the future. From the Victorian era, the fern embodied trustworthiness and humility.

Often called Living Lace, there are approximately 200 species of ferns in Hawai’i. 65% of them are considered endemic and found nowhere else in the world but Hawai’i.

We tend to see ferns as delicate and fragile plants. This is because they exist in the shaded, humid understories of forests. Here they are protected from the winds and kept at a relatively even temperature with the proper moisture.

This is far from the truth.

The long lineage of our planet’s ferns, which began around 360 million years ago, shows that they have survived countless extinctions. In actuality, these plants exhibit an astounding array of behaviors, along with a phenomenal ability to adapt to changing landscapes and weather patterns.

Interesting Fern Facts:  Ferns first appeared in the fossil record about 360 million years ago. Many of the current families and species did not appear until roughly 145 million years ago after flowering plants had already taken over many environments. There are ferns known to have remained unchanged for at least 180 million years. 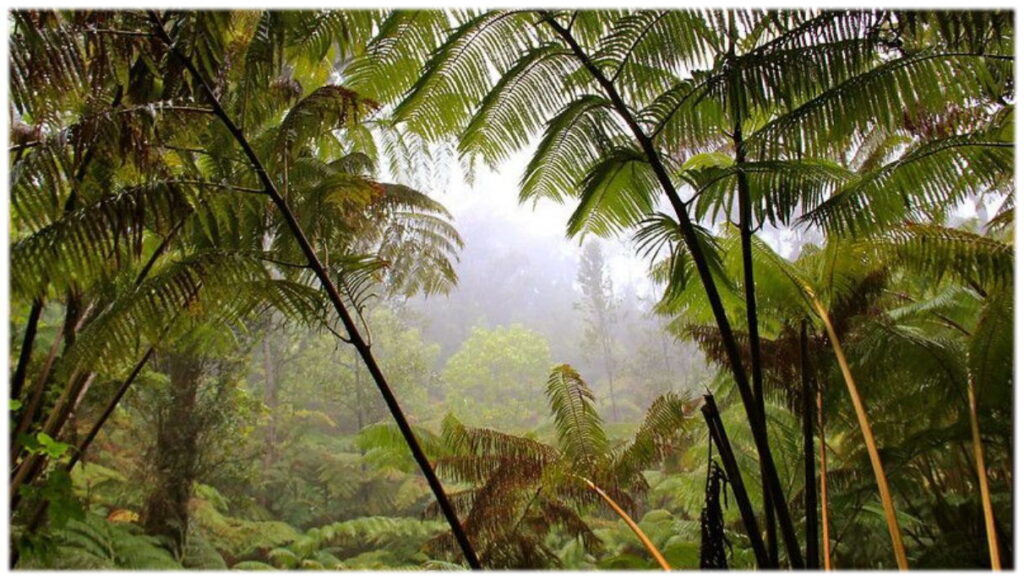 They were among the first plants to colonize the newly formed (and still forming) islands of Hawai’i. The fern spores, carried on the wind, crossed the ocean to find a home on the freshly cooled lava of the newly born Hawai’i Islands. They found their way to protective crevices, germinated, grew, and propagated independently.

Over many generations, they have evolved and adapted. Some made their way to the coasts, others to rain forests, and some to the mountain summits.

Here are some of the many ways that our ecosystems are helped by ferns; they:

Of course, in Hawai’i, ferns are utilized in cultural ceremonies and hula, along with their many decorative uses. One example is the Palapalai fern which is considered one of Hula’s Sacred Plants. 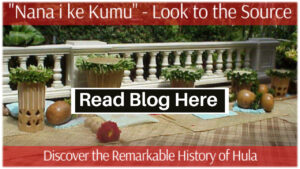 Plants as diverse, beautiful, and ancient as ferns naturally come with some folklore. So we must sprinkle in a few folk tales as we tell our story about ferns. Don’t forget, folklore is generally a collection of fictional stories and cultural myths that helps to pass on a culture’s history and traditions. It is passed down orally from generation to generation.

Kamapua‘a is the beloved shapeshifting demigod in many ancient Hawaiian stories. He appears in many different forms: a handsome man, a fierce boar, the slippery humuhumunukunukuapua‘a (pig-nosed triggerfish), a curtain of misty rain, or a lush ‘ama‘u fern. 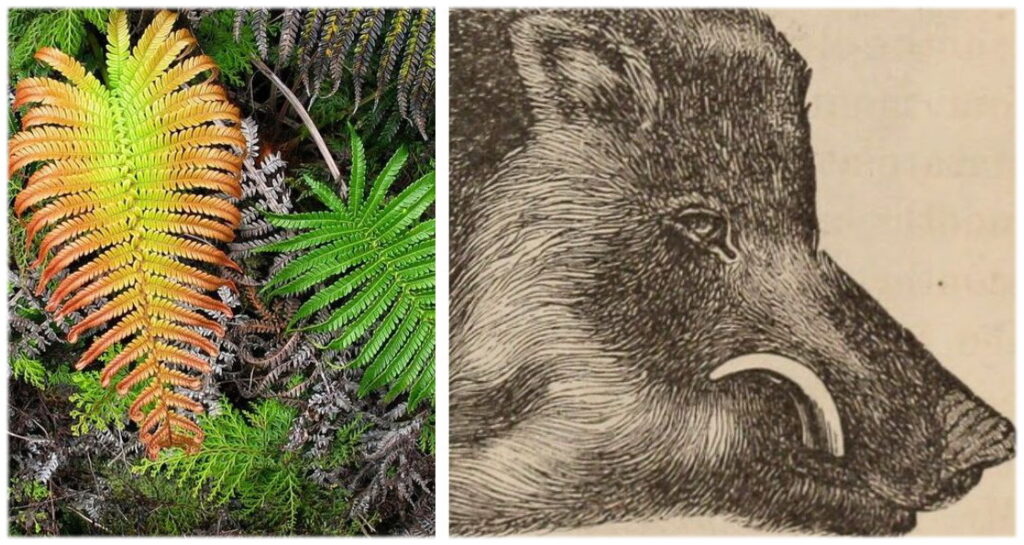 One tale recounts how Kamapua‘a traveled to Kīlauea to woo the volcano goddess, Pele. She dismissed his advances, crying out, “‘A‘ohe ‘oe kanaka, he pua‘a ‘oe!” (“You are not a man, you are a pig!”) His pride stung, the feisty boar leaped towards the goddess. She hurled fire and molten lava while he summoned torrential rains to douse her flames. After the encounter, Kamapua‘a surrounded Pele’s fiery domain with fields of ferns. Thus the summit of Kīlauea is called Halema‘uma‘u, house of the ‘ama‘u fern.*

A Bit of Fern Folklore from Other parts of the world

In Slavic folklore, ferns are believed to bloom once a year, during the shortest night of the year. If someone sees a fern flower, they will be guaranteed happiness and riches for the rest of their life.

A Finnish tradition says that one who finds the seed of a fern in bloom on Midsummer night will be able to travel invisibly to a location where there is a hidden treasure.

In the US, ferns are thought to have magical properties. For example, smoke from a burning fern can scare away snakes. Or, a dried fern can be thrown on hot coals, and the smoke will exorcize evil spirits.

Fun Fact: A fern accidentally sprouting in a bottle resulted in the 1829 invention of the terrarium

Let’s look at some of Hawaii’s individual ferns.

We have picked out 4 beautiful Hawaiian Ferns to share with you.

‘Ama’u was one of the first ferns to colonize the new, uninhabited lava flows. To overcome the harsh landscape of the barren lava flows, the ‘ama’u overcomes many challenges. It seems at home in these dry habitats as much as it does in the rain forests. As a result, it has colonized every island in Hawai’i. 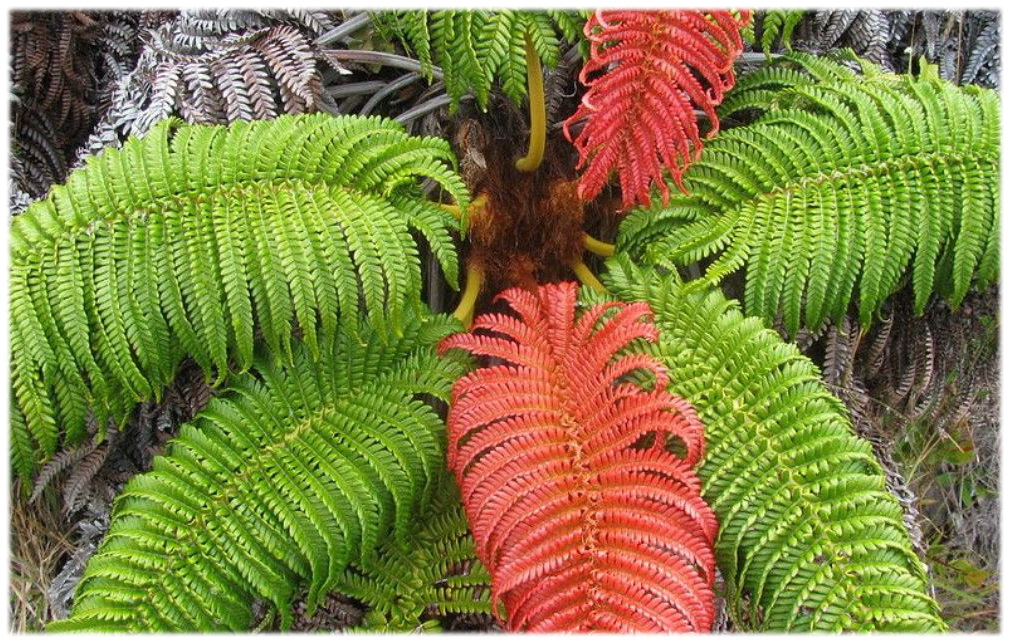 The young fronds of ʻamaʻu ferns are a striking orange/red color. They turn a lustrous green as they mature and then fade to silver as they age out.

When the sunlight filters through the forest canopy of the rainforest, the palapalai is an eye-catching sight. The young fronds are covered with fine silvery hairs which shimmer in the dancing light. 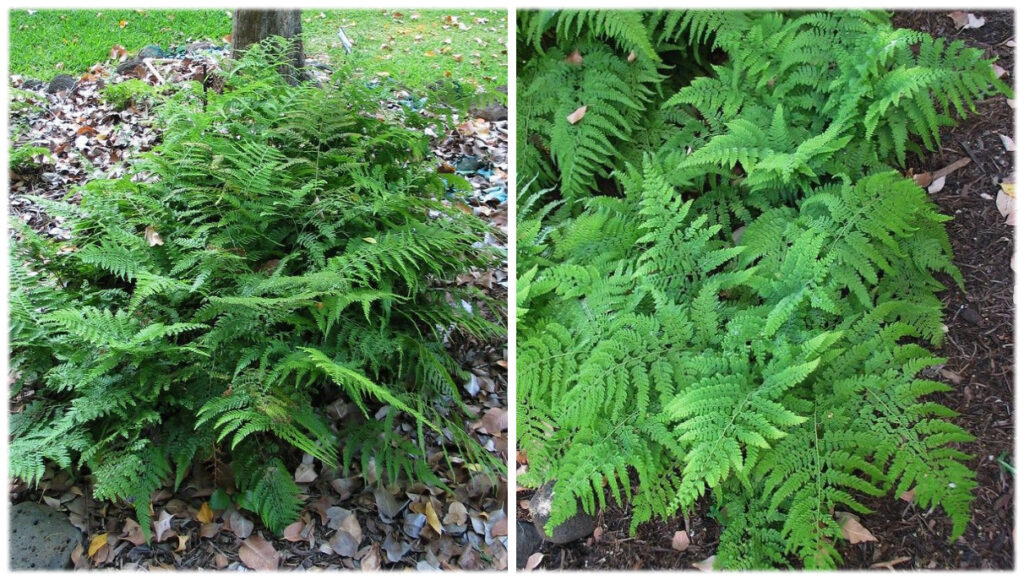 This elegant and delicate indigenous fern is one of the five sacred plants of the hula. It is used in adornments of the hula dancers and on the hula altar. 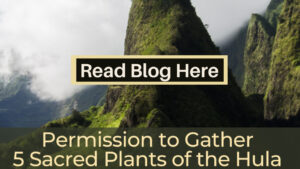 Moa is also called the whisk fern. The sparse branches of this primitive plant reminded Hawaiians of birds’ feet and inspired its name, moa (chicken). 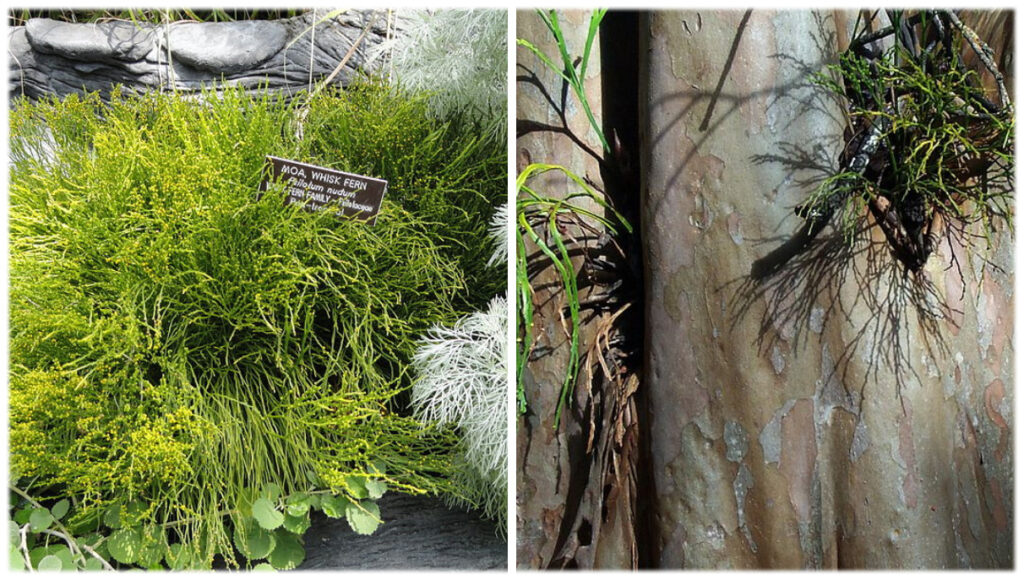 Since it is a fern, it has no flowers, but it produces tiny yellow beads along the frond. Hawaiians use moa stems in lei or sometimes to make a mild laxative tea.

Adaptable moa grows either on the forest floor or in the trees. If you bring some into your yard, you will find it here and there hiding. It is versatile and can grow in pots, in cracks, on the ground, or nestled in trees. 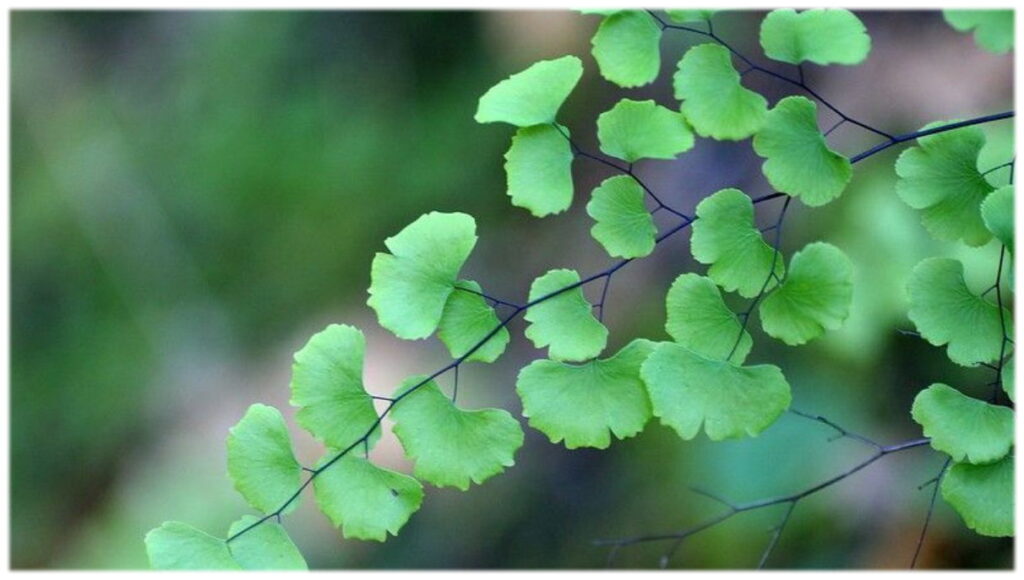 Hawaii’s maidenhair fern grows in caves, lava tubes, and under porches where it stays damp.

Ferns are the unsung heroes of our landscape.

It always amazes me that there is so much to learn about something that seems so ordinary, like ferns. And we have known about ferns our whole lives. They are in our yards, in bouquets, or hanging in our homes. Ferns are a part of our lives, and I cannot imagine our planet without them.

As a hula dancer, I used many ferns for various practices and ceremonies. It was then that I fell in love with ferns, and I am always thrilled to come across them on any path I may walk.

Ferns quietly whisper to us: “See our beauty and how we bend and flow with the wind? We make life on this planet so much better and richer. The soil is improved, and the giant tree’s fragile seeds are sheltered until they sprout and take root. We are like the midwives of the forest. Plant us in your garden or put us inside your home. We will bring you joy and oxygen no matter where we are.”