Scary or Whimsical, These Spirited Tales From Hawai’i Will Up Your Game 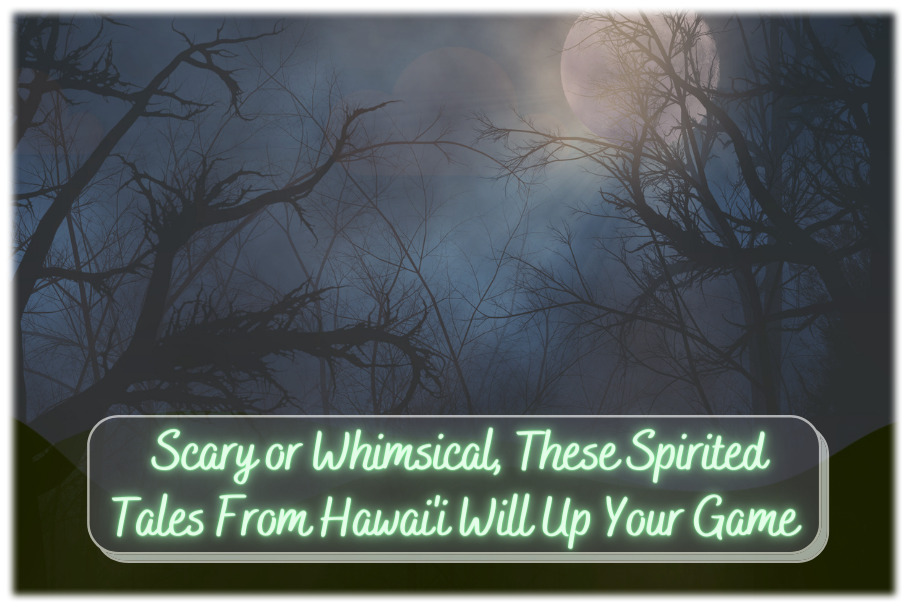 They did not have the Christian idea of All Hallow’s Eve, sometimes known as Halloween. But, they did have equally intimidating characters which they told stories about. The scary stories would often be told at night, sitting around the open fire, in much the same way it is still done today.

Since Halloween is almost upon us, we want to share some spooky tales straight from the Hawaiian Islands.

The myths and legends coming from the islands can be ghostly, mythical, scary, whimsical, or mischievous. These scary stories have been passed on from generation to generation. This is an affirmation that Hawaiian culture considers these stories to be valuable and essential.

Many of these stories have flowed out of the same myths and legends initially brought here in an earlier form by the ancient Polynesian settlers. That makes the origin of many Hawaiian spooky stories over 1,500 years old! 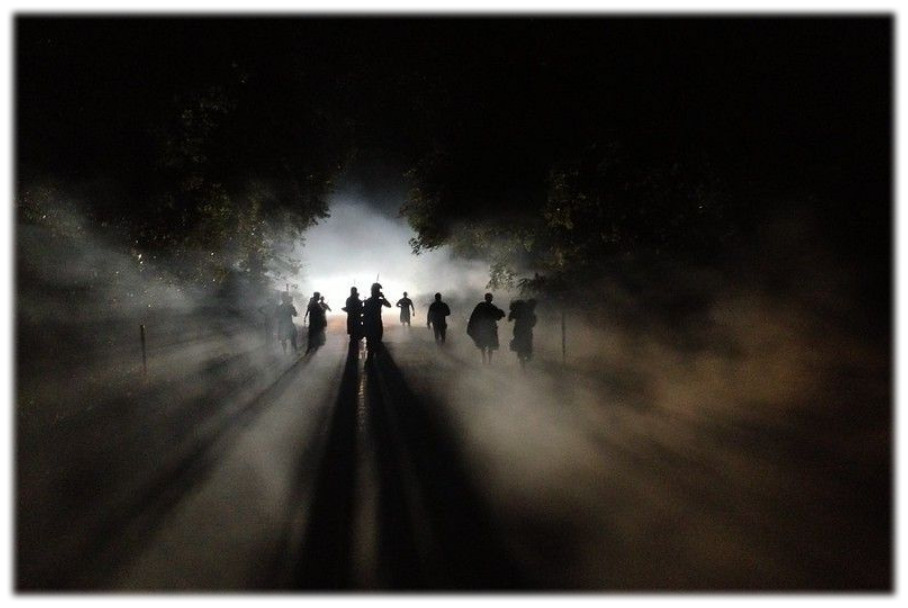 One of the most well-known legends of Hawai’i is the tale of the Night Marchers.

Night Marchers are said to be ancient and long deceased, Hawaiian warriors whose spirits roam through the islands. They are often seen in the once-great battlefield areas where they fought fierce battles.

Many people have seen them marching. They are seen as ghostly apparitions carrying torches, possessing weapons, playing drums, and chanting as they march.

They have been seen coming through one wall and disappearing out another wall. Or, people have heard the drums and chanting but have never actually seen them.

It is believed that these ghostly warriors are destined to march in the islands for all of eternity. They seek their next battle, and nothing deters them. Although they are said to be most active at night, there have been those who have seen them or heard them during the day.

If a Night Marcher procession should ever cross your path, please, do not interrupt them. 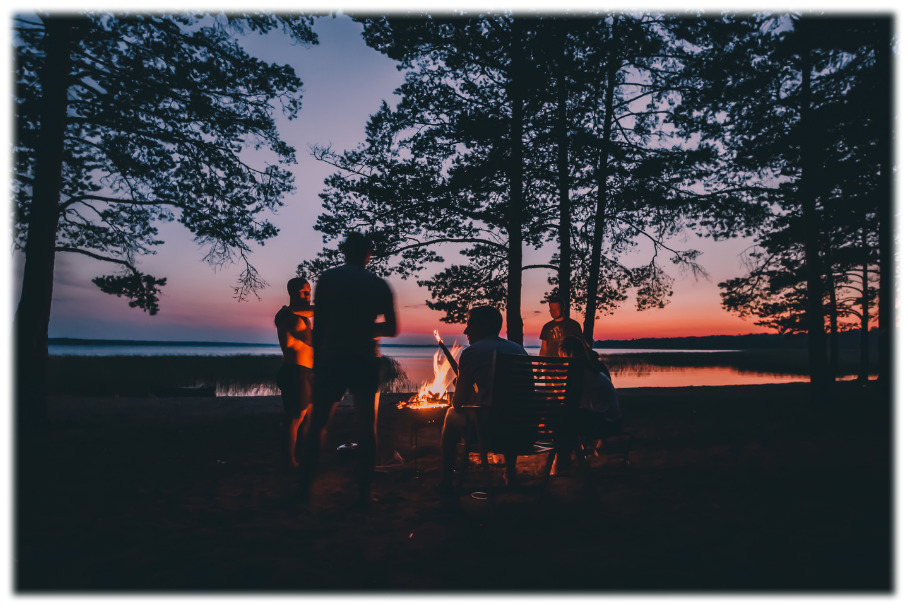 If you find yourself telling a Night Marcher story around the fire, be sure to warn your listeners: you should never look directly at them as you might meet your doom from a single deadly glance and be swept away to the spirit world. It is best to remain quiet, lower your eyes and always show these Hawaiian Warriors the utmost respect. And, what a great story you will have to tell.

It is also believed that any ancestors of Night Marchers will not be harmed by the Marchers as they march to battle. But, many Hawaiians will still kneel and put their forehead to the ground when they pass.

There are so many legends of Madam Pele. 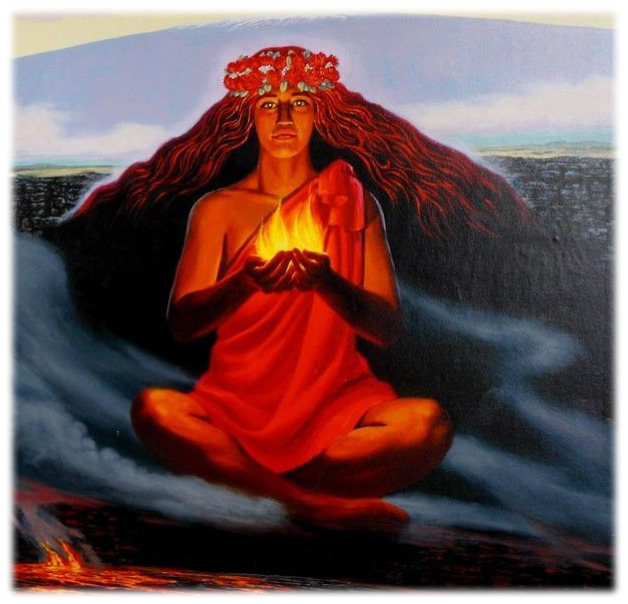 She appears in so many stories of Hawaiian folklore that we had to pick just two stories to tell you today.

But first, a little of Pele’s background:

This goddess of creation and destruction lives on the Big Island of Hawai’i. She lives high atop Kilauea, one of the most active volcanoes in the world.

She’s feisty and passionate and apparently can anger easily.  If she gets angered, she will impulsively send lava rushing down the mountain on a whim!. It will cover up roads, towns, and beaches. She can dramatically change and transform any landscape into a smoking layer of cooling lava whenever she desires. 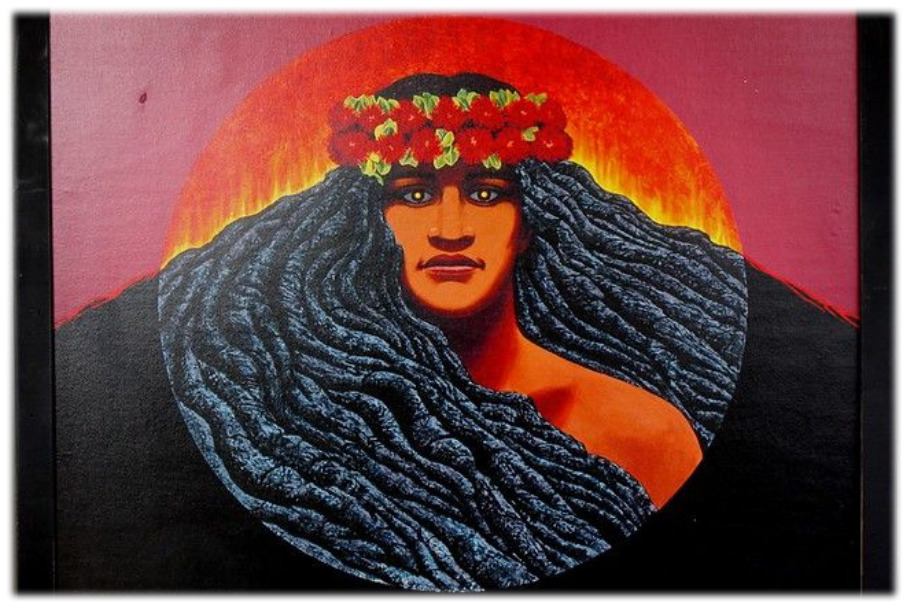 Here are two stories for your next Halloween party or to tell around the campfire.

Pele is known to take many forms, including a human form. As children, Hawaiians are taught that if they see an old, white-haired woman, hitchhiking on the side of the road, they must always pick her up. It may be Madam Pele.

Drivers have often described picking up an old woman with white hair who accepts their offer for a ride and climbs in the back seat. When the driver later turned around to look at her, she had disappeared.

Another Pele legend says that anyone who removes things native from Hawai’i, like pieces of rock or sand, will feel Pele’s wrath. These rocks are her children or her tears.

The warning from this legend is that if you take things from Pele, you will incur many years of bad luck.

Some people who don’t know Hawai’i disregard the legend and end up learning the Hard Way. They eventually believe they have been cursed and mail back the rocks to the Hawai’i with a letter to apologize. There are an average of 100 rocks per month returned to Haleakalā National Park. 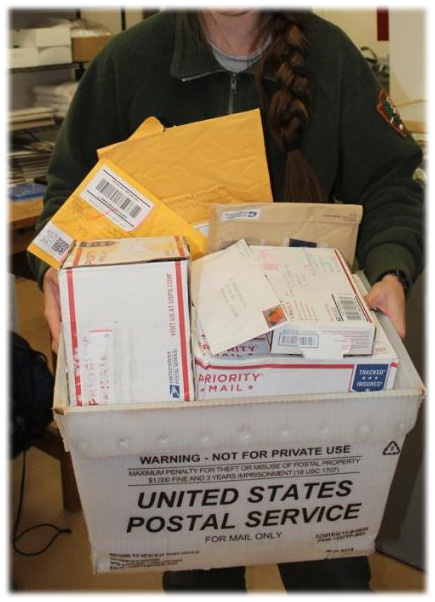 Many of those letters have been put on display or in the news. At one time, an exhibition at the Honolulu Airport displayed returned rocks and notes from past visitors.

Mo’o often take the forms of tiny geckos, dragon-like monsters, or humans. They are deified as ‘aumakua. ‘Aumakua are protectors or guardians of a single person or an entire family. To see your ‘aumakua during your daily life is considered a blessing or a good omen.

These spirit creatures are the legendary protectors of Hawaii’s pools, ponds, and streams.

Their supernatural powers control the weather and water, two things crucial to the health of the islands. If mo’o are angered, they can sweep their foes off cliffs to their deaths, stir up waves, or choke off the water in the streams, drying up the source of life in that area.

There are many fish ponds and pools across the Hawaiian Islands, which are believed to be home to a Mo’o. In old times, it was understood that one needed to keep the local Mo’o happy and feeling respected to ensure that the freshwater streams would flow abundantly. 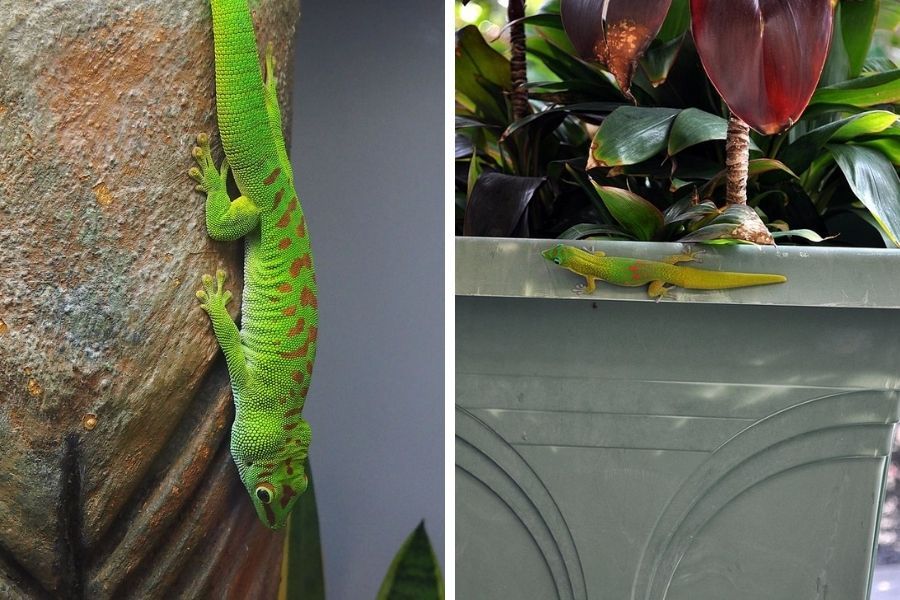 In the not-too-distant past, many fish ponds or pools in Hawaii had stone markers with a story about the resident Mo’o. It seems wise to know a bit about the pond or the pool’s guardian to foster friendly relations.

If you are ever at one of the beautiful pools in Hawai’i, you should check in with the local mo’o before getting in the water.

Simply drop a small branch or flower into the water before you enter. If the flower or branch moves away, it confirms that the Mo’o of this stream does not want to be disturbed. Perhaps you can move up the stream to the next pond for a swim.

If you are telling a terrifying story about a rogue Mo’o, the Dragon-like Monster we told you about, then just imagine what sort of story could happen to the one who ignores the resident Mo’o’s warning.

As you are telling a scary story…

…perhaps you can tell about the curse that comes down upon the one who takes some of Madam Pele’s precious lava rocks off her volcano to their home far away? 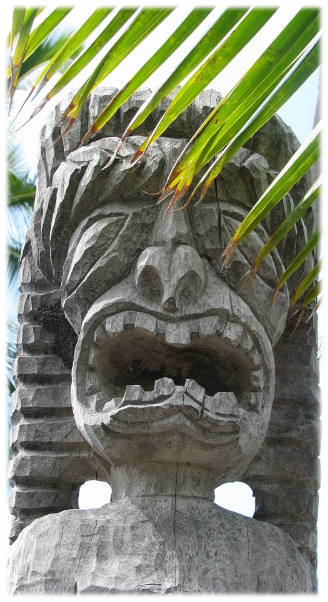 Or, if you are telling this story tonight, be sure to mention that the Night Marchers may pass through this very  house or, gasp!, stop by this very campfire on their way to the battlefield!

Whichever story you prefer, make sure you have an exit strategy, so you don’t have terrified children who are afraid to go to sleep that night!

Maybe a cup of warm milk with honey? Or some Halloween candy?