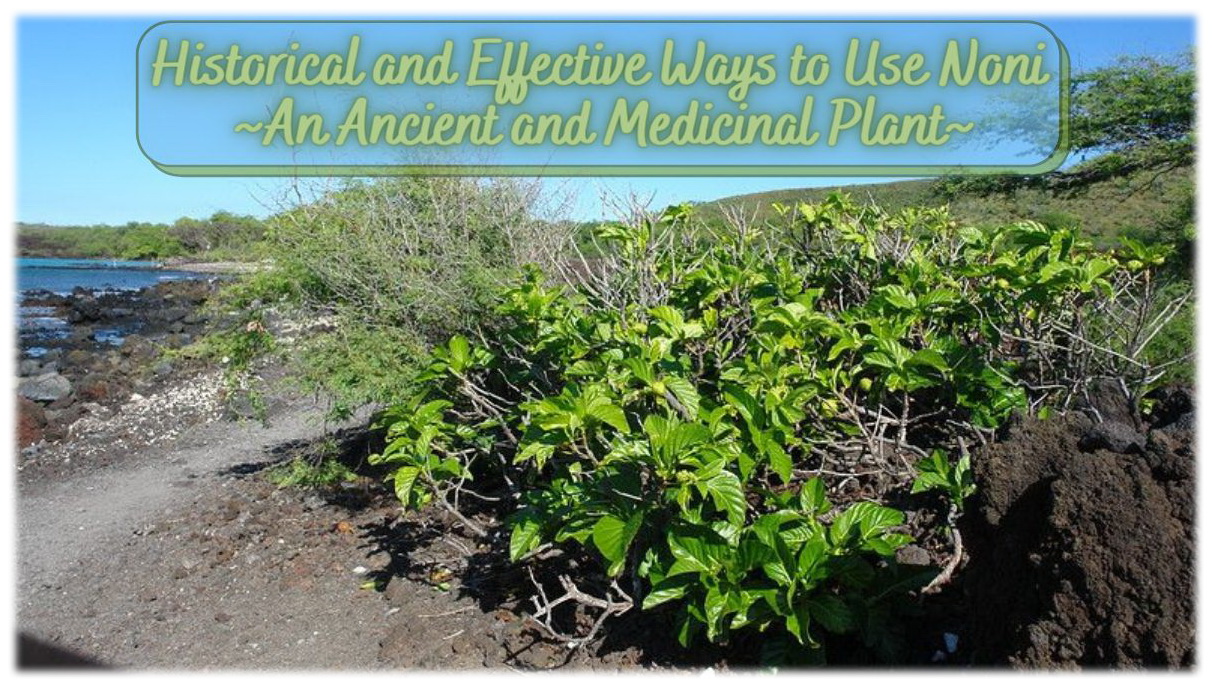 Noni is an Ancient Hawaiian medicinal plant that is widely used worldwide.

Noni was such an essential plant for the ancient Polynesians who migrated to Hawai’i that it was one of their initial Canoe Plants . Canoe Plants were the plants so crucial to the new settlers that precious space was given to them aboard their canoes on their first journeys as they settled the Hawaiian Islands.

Noni was unusual even for a Canoe Plant in that it was brought onboard strictly for medicinal purposes. It was the only Canoe Plant of this type. All the other plants had multiple uses for food, cordage, dyes, tools, weapons, and more.

“Noni is a small evergreen tree found in the Pacific Islands, Southeast Asia, Australia, and India. It often grows among lava flows. Historically, noni was used to make a red or yellow dye for clothing. It has also been used as medicine.”

The botanical name of Noni is morinda citrifolia. It may sound familiar because the name Morinda has been used in many supplements in recent years.

Apparently, there are more than 100 names for this fruit-bearing tree related to the coffee family. The more common English names are morinda, Indian mulberry, noni, beach mulberry, and cheese fruit.”

Cheese fruit is very appropriate if you have ever picked the fruit and made noni juice. It smells a lot like a potent cheese that makes you crinkle your nose a bit. Or if you find yourself walking alongside the road and suddenly smelling blue cheese, it will most likely be the smell of over-ripe noni fruit which has dropped on the ground around the tree. 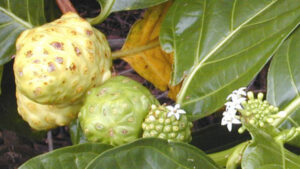 When people born and raised in Hawai’i think of noni, they are often brought back to a time when their grandmother would make them drink noni juice when they were sick.

Grandmothers would often use it for sore throats, colds, and flu.

Many years ago, when more of the Hawaiian elders or Kupuna were around, I had a lovely client whose grandmother was an ancient Hawaiian Medicinal Kahuna. My client would tell me stories from her grandmother from long ago. She mentioned different times or occasions when certain herbs and medicinal plants were used. She elaborated on how they were used, the protocols around them, and what could happen when they were NOT followed.

Incredible real-life stories, all from very long ago.

She was the one who first told me about the proper way to gather noni and to make noni juice. It is a potent drink with a very pungent, strong odor that many find difficult to drink. It is not for the faint of heart.

I followed my client’s advice and gathered noni fruit from the proper places on Maui, cleaned them, and put them into big jars as she instructed. Then, I covered the jars and put them in the direct sun for 30 days.

30 days later, I drained out the juice and showed it to her. She nodded approvingly. “Yes, that looks good. That is what it’s supposed to look like.” 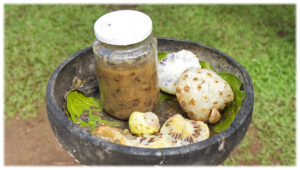 The first time we used Noni Juice at our house was when we both had very persistent sore throats. We were at our wits end on how to get rid of these sore throats and finally remembered, one day, the noni juice! So we mixed some up with berry and grape juice (a mistake) and drank (gagged) it down! Yuk! But, the sore throats were GONE!!

Yes, we were as skeptical as you, but it really worked!

After that, we made noni juice regularly. We always had some in our refrigerator to take at the first sign of any cold or flu. Or any kind of respiratory congestion. Only now, we drank it straight instead of mixing it with fruit juice. We found a quick chaser of our favorite cheese would help the aftertaste.

As with all High Value plants, the fruit, leaves, flowers, stems, bark, and roots were all used. Every single part had its own medicinal purpose. 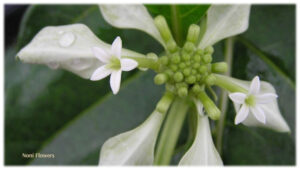 For example, some parts were best for heart and blood pressure issues, whereas others were good for diabetes or even ukus (head lice). The leaves could be heated over a fire to bring out the oils and then wrapped on injured skin. 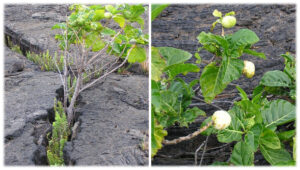 We have also heard many stories from friends in Hawai’i where someone was helped by noni juice for a variety of complaints. And not just colds and flu. Noni has traditionally been used for many other illnesses such as depression and anxiety.

If you continue to search online, you will find a plethora of other conditions and illnesses which people say noni helps with. In addition, you will discover that noni is rich in Vitamin C, potassium, and beta carotene among other health benefits.

Of course, none of the medicinal uses have been adequately studied or proven to satisfy the FDA, a very lengthy, multi-million-dollar process. So, we just follow the legends and stories of the past and share the historical experiences.

Technically, there was one other, Non-Medicinal use, for noni.

The ancient Polynesians and the Asian people before them would use noni as a survival food during famines. A real Famine Food as it was called. Probably because the trees produce such an abundant amount of fruit most of the year! It tastes ok if you eat it while the fruit is still predominantly green with very little yellow. Since it is rich in vitamins, you can see how it would be a blessing during a famine. 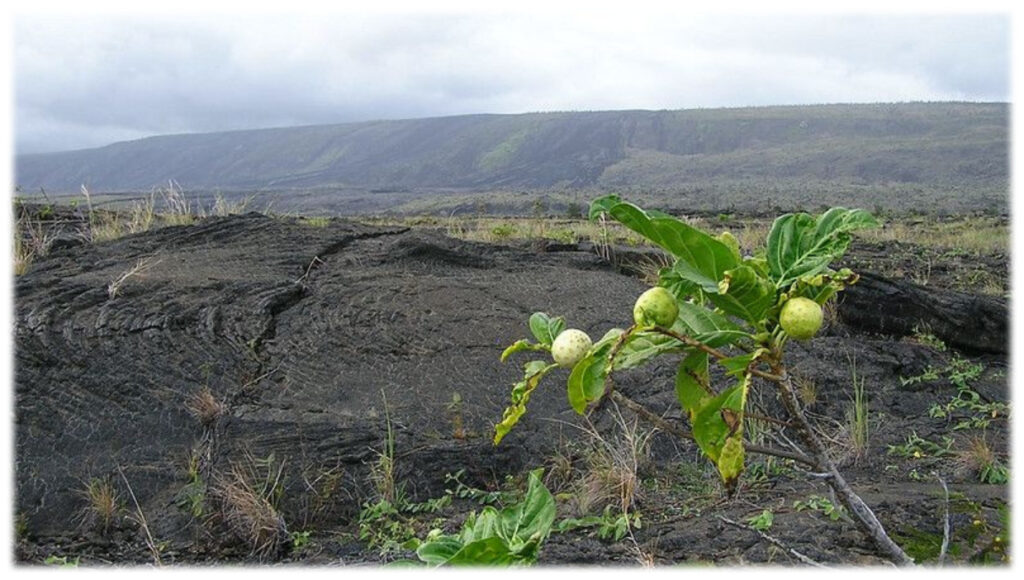 As you can imagine, there have been many attempts at bottling and selling anything from the noni fruit. However, we suggest that if you decide to try something made from noni, if it does not have some nasty flavor, it probably has very little actual noni juice inside.

If you find one that really tastes bad, that is the real stuff!

And then, you can try it just like many a grandmother would suggest you try it – for sore throats, colds, chest congestion, and even the flu.

It worked for the Hawaiian people for centuries.

Just please remember – it is not FDA approved for any medicinal use. It is an old-style remedy with the worst side effect being the face you make when you taste it!