Hōkūleʻa Is the Pride of Hawaiian People Everywhere 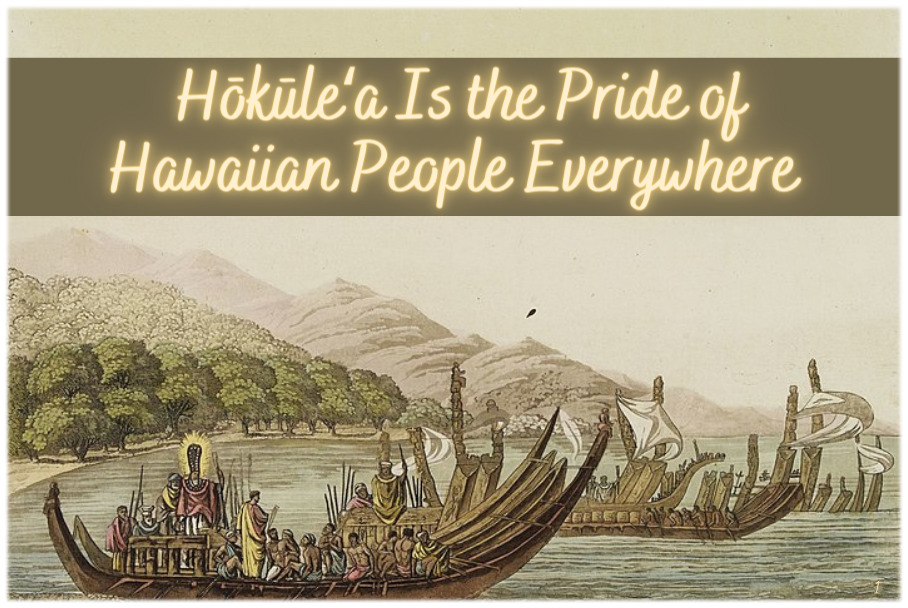 The magnitude of the great, double-hulled ocean-going vessel, Hōkūleʻa, launching on her maiden voyage on March 8, 1975, cannot be overstated.

It was a monumental event for all people of Hawaiian ancestry worldwide. This single event gave a burst of energy back into the Hawaiian culture and a tremendous upsurge in pride.

Hōkūleʻa was launched from Kualoa on the island of ‘Oahu. She was named after the zenith star Arcturus. Known as the Star of Gladness, Arcturus passes directly overhead, above the Hawaiian Islands. 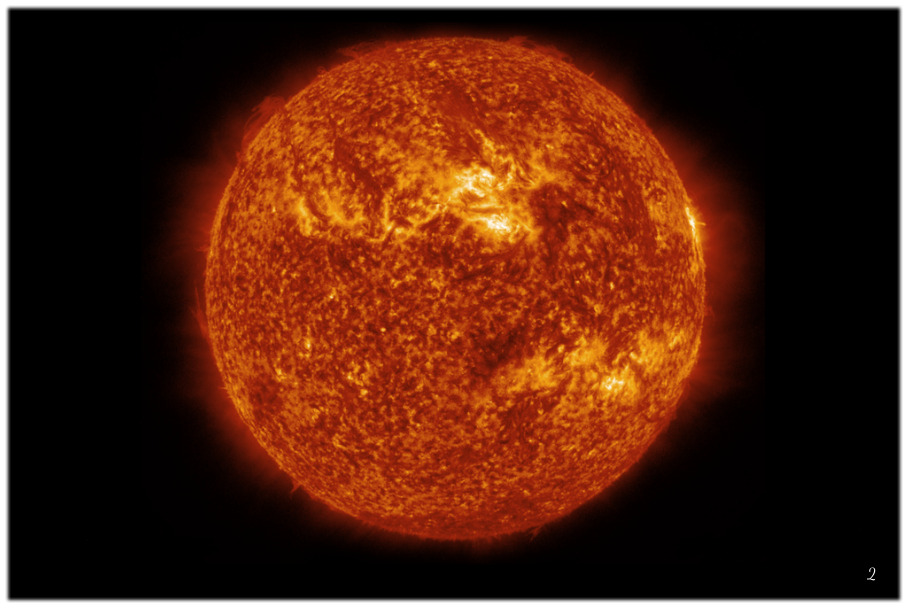 The launching and voyages of this double-hulled, traditional, Hawaiian deep sea vessel almost single-handedly sparked what has been called the Hawaiian Renaissance. Starting in the mid-70s, it still continues to this day.

The Hawaiian Renaissance –  Bringing Forth What Was

A significant aspect of the Renaissance was the resurrection of the Hawaiian Language. This led to the development of Hawaiian scholars like Mary Kawena Pukui. She was fluent in Hawaiian and began by writing the Hawaiian Dictionary. This led to many people learning or re-learning the Hawaiian language and eventually to understanding antiquated texts.

Hawaiian music was another part of the Renaissance with artists like the Sons of Hawai’i, Gabby Pahinui, and Hui ‘Ohana. The music flourished as more people picked up the ‘ukulele and started to compose and sing. 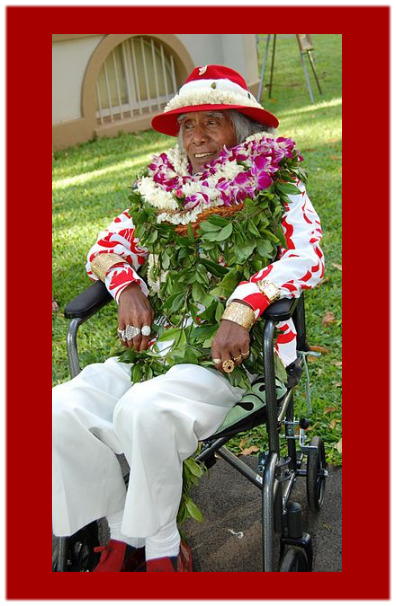 Of course, Hula was a big player.  Kumu Hula George Na’ope, who founded the iconic Merrie Monarch Festival changed the face of this native dance forever.

No Traditional, Double-Hulled Canoe had Sailed to Tahiti For 600 years!

Much of the ancient, traditional knowledge had seemed lost:

A few people had a dream!

Mau used the rising points of the stars, solar, and lunar observations, as well as closely observing ocean swells to keep the boat on course. Even on cloudy days!

Take a look at HOW IT WAS DONE.

Archaeologists, maritime historians, and anthropologists worked on designing this ocean-going vessel. It would be built to resemble as closely as possible the ancient Polynesians’ ships from 600 years ago.

With her first launch, Hōkūleʻa sailed around the Hawaiian Island chain. This created grassroots enthusiasm and fundraising for everything she represented – a resurrection of Hawaiian and Polynesian pride and culture. 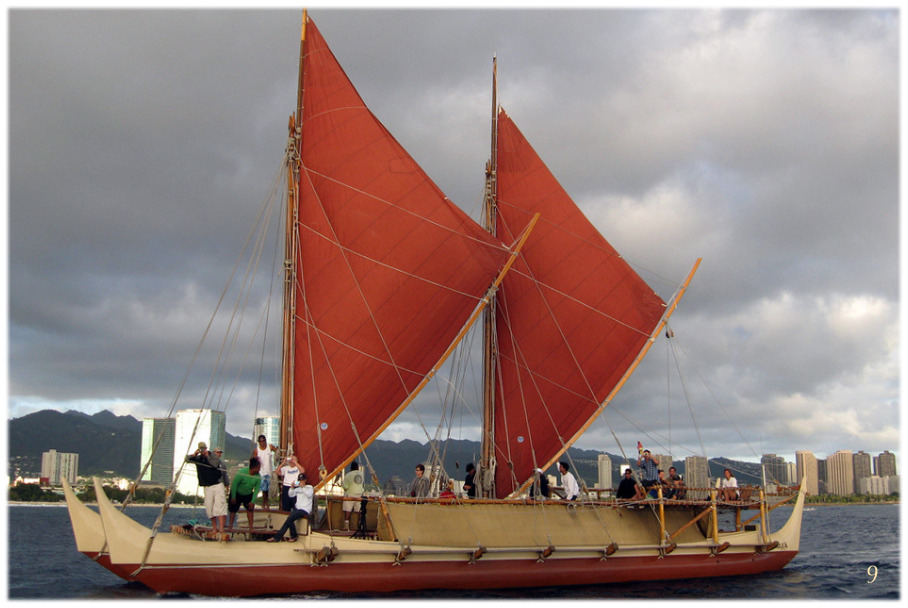 For the first time in 600 years, Polynesians had built a double-hulled, traditional canoe, AND found a navigator.

After the 1975 tour of the Hawaiian Islands, it was time for the big journey – the trip to Tahiti, and BACK!

Hōkūleʻa would be guided at sea by only her twin masts and long paddle. And of course, her master navigator, Mau Piailug. No doubt, his Hawaiian student, Nainoa Thompson, was by his side the whole way!

After 31 days,  Hōkūleʻa sailed into the Papeʻete Harbor on the island of Tahiti, and 17,000 people came to greet her. That is half the island’s population! They welcomed the ship and the crew in true island style. ‘Ori Tahiti (Tahitian Dance), Lu’au, ceremonies, games, and more. 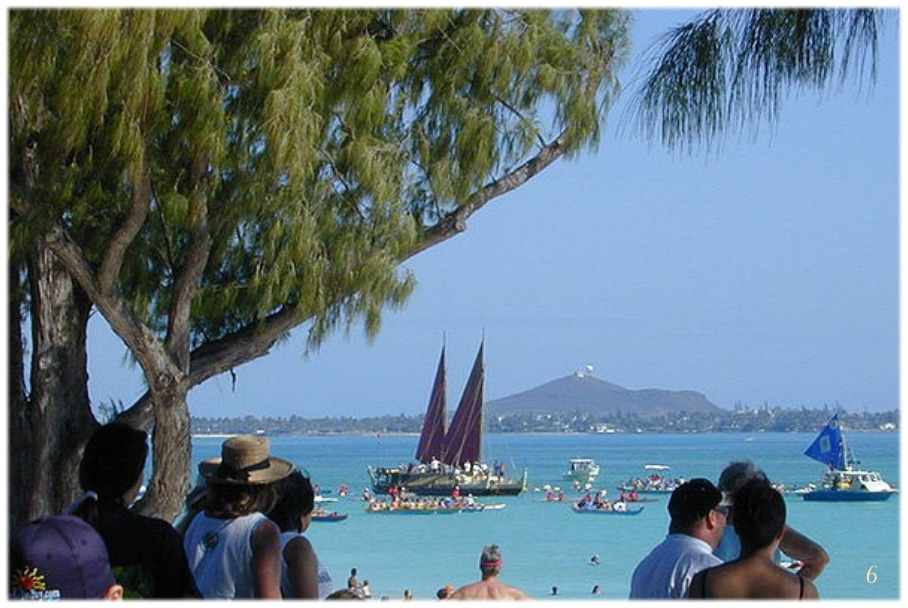 Tahiti and the rest of Polynesia had also lost the knowledge and technique for constructing the ancient Wa’a Kaulua. And along with that knowledge, so much more had been lost.

That alone made this means for a grand celebration.

Between 3,000 and 2,500BC, the Polynesians were like the astronauts of today.

They dared to go off into the giant void of the endless Pacific Ocean. They used Celestial Navigation – using stars as their guides, along with the sun and ocean swells.

The first voyages left from the island of Taiwan heading East and South. By 1,500BC, the voyagers had reached and were departing from the Philippines, and by 800BC, they were sailing out of Samoa.

The ancient Polynesians kept exploring. Wa’a Kaulua would arrive centuries later in the southernmost  islands of Polynesia. Between AD 1200-900, vessels would arrive in Aotearora and Rapa Nui.

According to some scholars, the first Hawaiians were voyaging Marquesans who arrived in Hawai’i around 400 AD. These early voyagers, thought to have settled on Moloka’i, were later dominated by the arrival of the Tahitians around AD 900.

Sadly, until the Hōkūleʻa, none of these Polynesian cultures had decided or been able to bring back the ancient knowledge of ocean-going vessel construction or navigating without modern instruments. With Hōkūleʻa that all changed.

Hōkūleʻa would go on to inspire Polynesian people around the Pacific

On the 1980 voyage to Tahiti and back, Mau Piailug’s apprentice and new master navigator, Nainoa Thompson, completed the journey, with Mau by his side. Sailing through the ancient sea routes once traveled by Polynesians centuries ago has excited other peoples of the great Polynesian Nation.

Hōkūleʻa now has company when she sails in Polynesia.  She inspired Tahitians and New Zealand Maori to reconstruct their own voyaging canoes and sail them over the legendary sea routes.

Polynesia Culture brought back from extinction

These Wa’a Kaulua have achieved so much more than just sailing with authentic ships using ancient navigation techniques. These endeavors have become ways that culturally-uprooted Polynesians can regain the means by which their islands were discovered and settled. Modern people can sail alongside their ancestors’ footprints and reclaim an ancient cultural heritage. One that they once thought was lost forever!

This is the End of Part One

In Part Two of the Hōkūleʻa, we will cover the later, even more exciting voyages! We will recount other voyages, such as the Round the World Voyage to 26 countries, named Malama Honua (to care for our earth). This voyage embarked in the summer of 2014, covered 40,000 nautical miles. They arrived back in Hawai’i in the summer of 2017. Also, Hōkūleʻa got a sister along the way!

Join us next week. We look forward to finishing our story of The Hōkūleʻa and her sister!