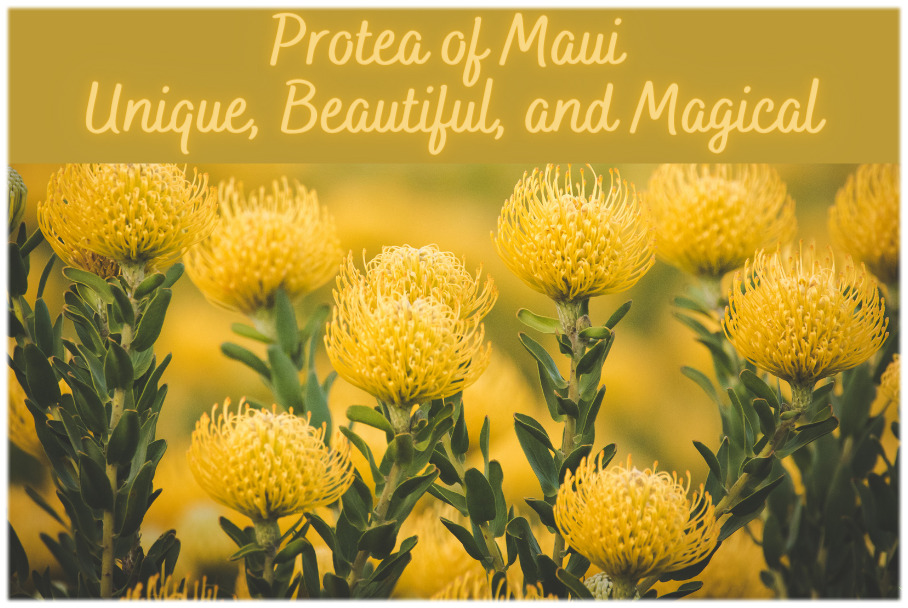 Proteas are not native to Maui.  In fact, they have only been residents on Maui since 1977. Yet, they are renowned for being one of Maui’s most striking flowers!

Generally, when people see them for the first time, they cannot believe they are real flowers.  They make comments like, “they look prehistoric” or “they look like they are from another planet”. Their words are more accurate than they know.

Protea are considered one of the oldest plant families on earth.

Protea are so unique and beautiful. Their magic calls out for us to tell their story. 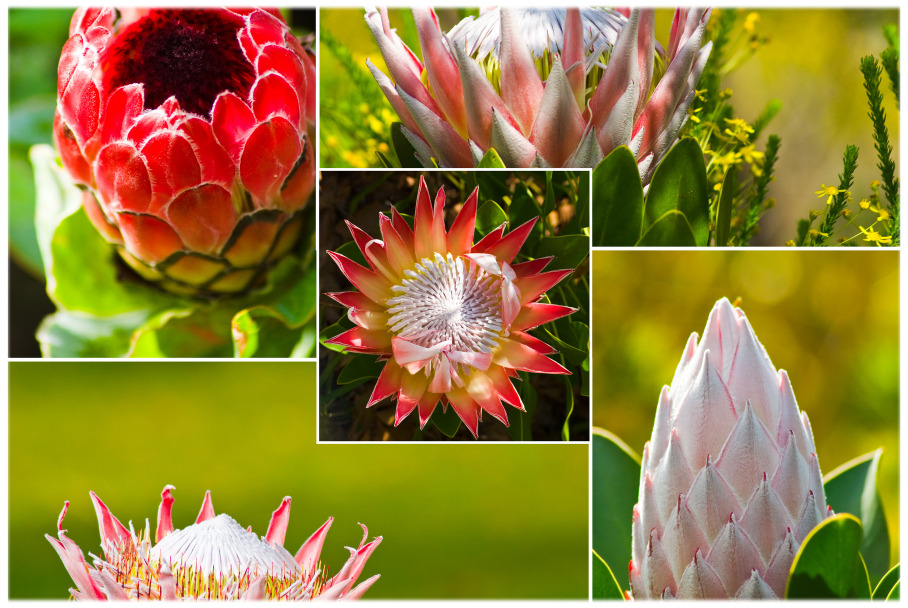 Let’s start back in 1735 when Carl Linnaeus called this flower the Proteus flower. Carl was a Swedish botanist, zoologist, taxonomist, and physician-botanist. He was called the father of plant taxonomy. He was the one who formalized the modern system of naming organisms.

He named this prehistoric flower after the Greek God, Proteus. In Greek mythology, Proteus could change into any shape or form at will.

Proteus seems a perfect name for flowers which have such a multitude of colors, shapes, textures, and sizes.

Proteas are originally native to South Africa. That is why they grow best in the southern hemispheres.  Despite their preference for the Southern Hemisphere, many flower farmers still try to grow them in various areas across the globe, both north, and south.

Protea Have a Mysterious European History

In 1605 there is a reference to a Protea in a book published in Belgium’s port city of Antwerp. Interestingly, botanists only officially introduced the plants to Europe in the 1700s.

Dormant buds can survive wildfires.  They are magical AND have Super Powers!

They are often the first to emerge once the wildfire has died out. Like the Phoenix rising from the ashes. And, many of the plants are hardy enough to withstand harsh weather conditions.

Proteas and Their Big Family

There are over 1500 species of Proteas. Some trees grow to 25 feet, yet some are small shrubs or bushes. They are often called sugar bushes due to the amount of nectar.  Perfect for feeding the birds and the bees. 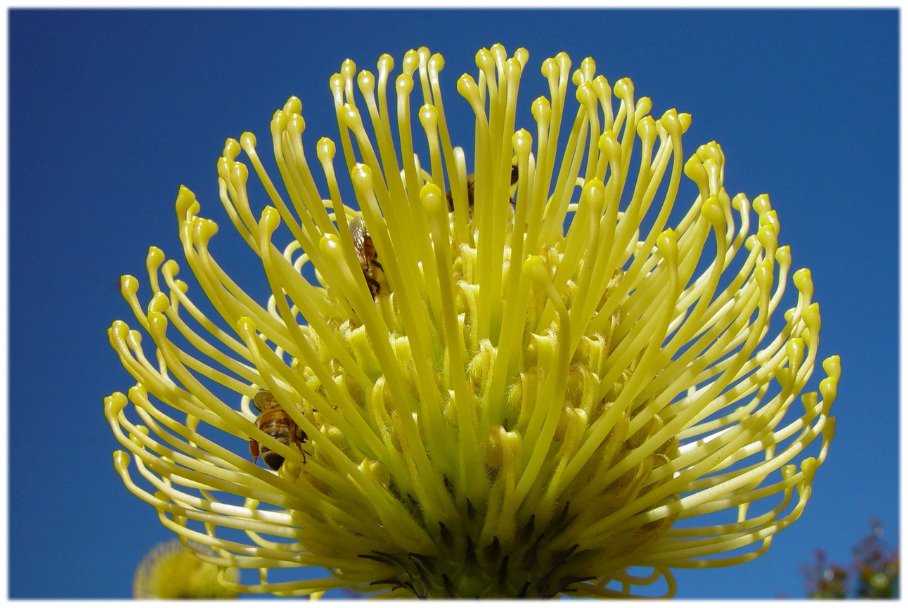 Who was imaginative enough to think about bringing them to Maui?

During this time, the unique, beautiful, and magical varieties destined to live on Maui thrived. These varieties found the perfect home and growing conditions on the slopes of Haleakalā.

Those classic sunny and warm Kula mornings mixed with cloud cover and cooler afternoons were the perfect growing combination.  This unique climate also naturally created unusually long stems.  Perfect for the flower and florist industry. Especially the cut flower market, where the profits were substantial.

Another bit of magic: the roots thrive in the above-average drainage conditions found on the mountain slopes of Haleakalā. 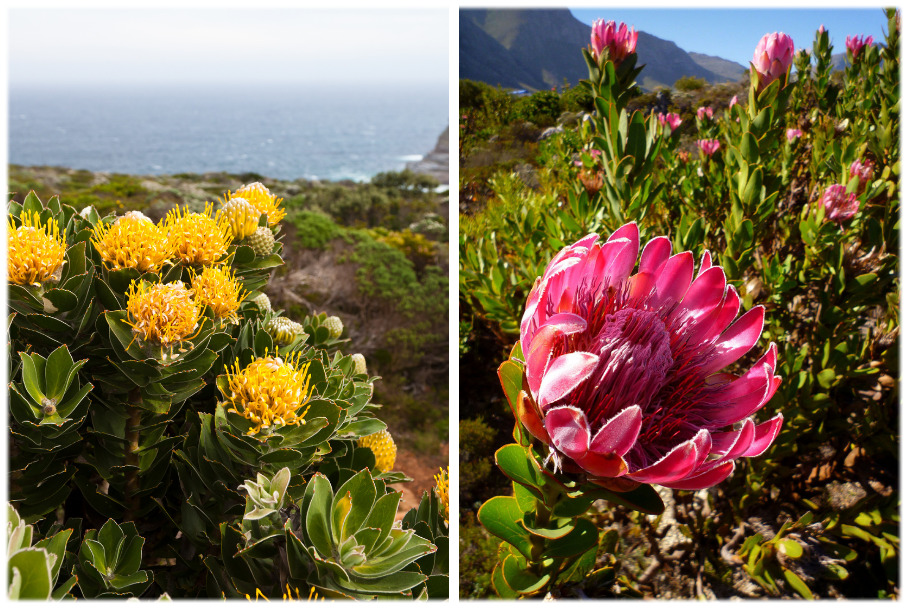 PLUS:  Maui’s naturally occurring Rain Forest acidic soil was also a perfect match. It reminded the Protea of their endemic home of South Africa.

Many varieties of Protea have found a very happy adopted home on the beautiful island of Maui!

The Protea Industry and Its Growth

Protea were exported to Europe and beyond by numerous flower import/exporters. Many of these exporters were not based in Hawai’i.

The Agriculture Department at The University of Hawai’i began to hybridize the popular Protea nicknamed the pincushion. This project improved the flowers’ colors, increased the stem length, and the overall life-span as a cut flower.

Farms growing Protea began to increase in number.  The introduction of direct flights from Maui to the mainland made the market even more robust. 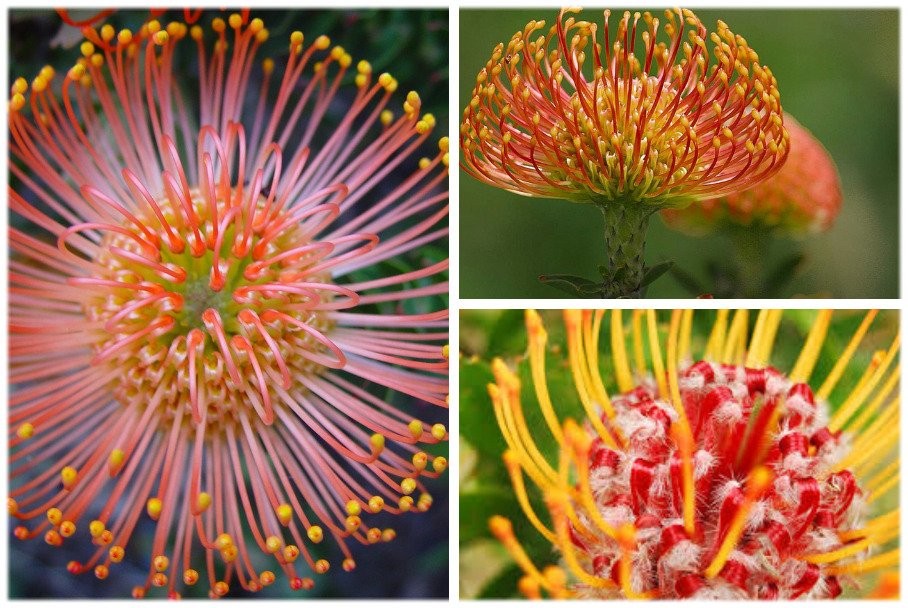 More retail outlets opened to meet the demand for Protea and other florals. Costco started supplying fresh Protea flowers in their floral departments for their floral customers.  Export of Protea and tropicals into the European market expanded.

The U.S. national floral industry continued to expand during the early 2000s.  Many Maui flower growers and marketers thrived during this time, Protea being a large part of this growth.

The expansion of shopping online expanded the floral industry in whole new ways. One marketing idea which helped fuel the growth were online monthly subscription companies such as Flower- of-the-Month Club.  They all had the business model of shipping a monthly bouquet to your door no matter where you are in the world.

Even Maui’s ecosystem received a benefit because the Protea was such a safe plant to introduce to the islands.

Unlike many other agricultural experiments and mistakes, the Protea does not grow out of control. Maui does not have to be concerned of it invading the surrounding areas it is planted in.

Fortunately, it did not follow in the footsteps of so many previously introduced animals, bugs, plants, and flowers. It has never become an ecological problem. 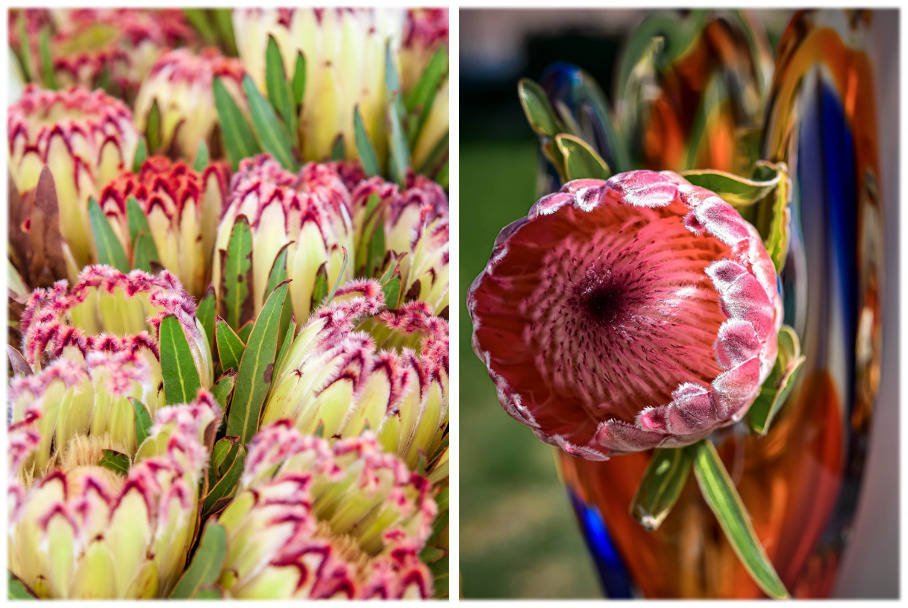 While you are enjoying your fresh Protea flowers, remember they also dry into an attractive, durable flower. These dried flowers can be enjoyed for a long time.

Or, if you are feeling adventurous, try getting a Haku or head lei made from Protea flowers! You can get one for your straw hat, or even your horse, for the July 4th Makawao Parade!!  And then keep its beauty around for ages after it dries.

Once you bring home the Protea head lei, and leave it in a place of prominence in your home, it will surely become a conversation starter. Before you know it, you will be regaling your friends and visitors of the great adventures you had on Maui! What a great way to extend your experience of the islands.