See Majestic Humpback Whales When You are on Maui 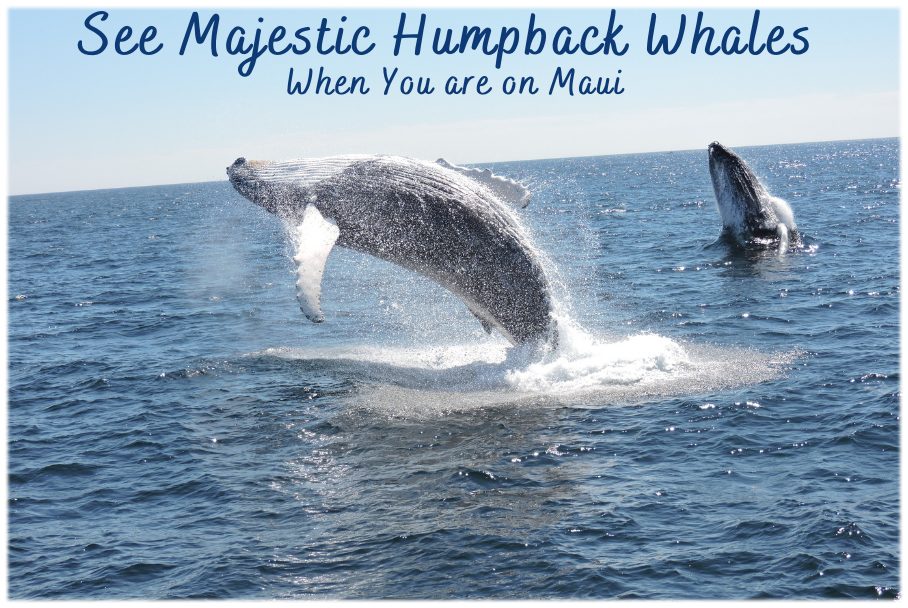 Their Hawaiian name is Koholā*

The humpback’s high status in Hawaiian culture has been made clear in the Kumulipo*.  This creation chant announces the birth of the whale near the beginning, in the second section. That is a very high ranking in a 2,102 line chant. 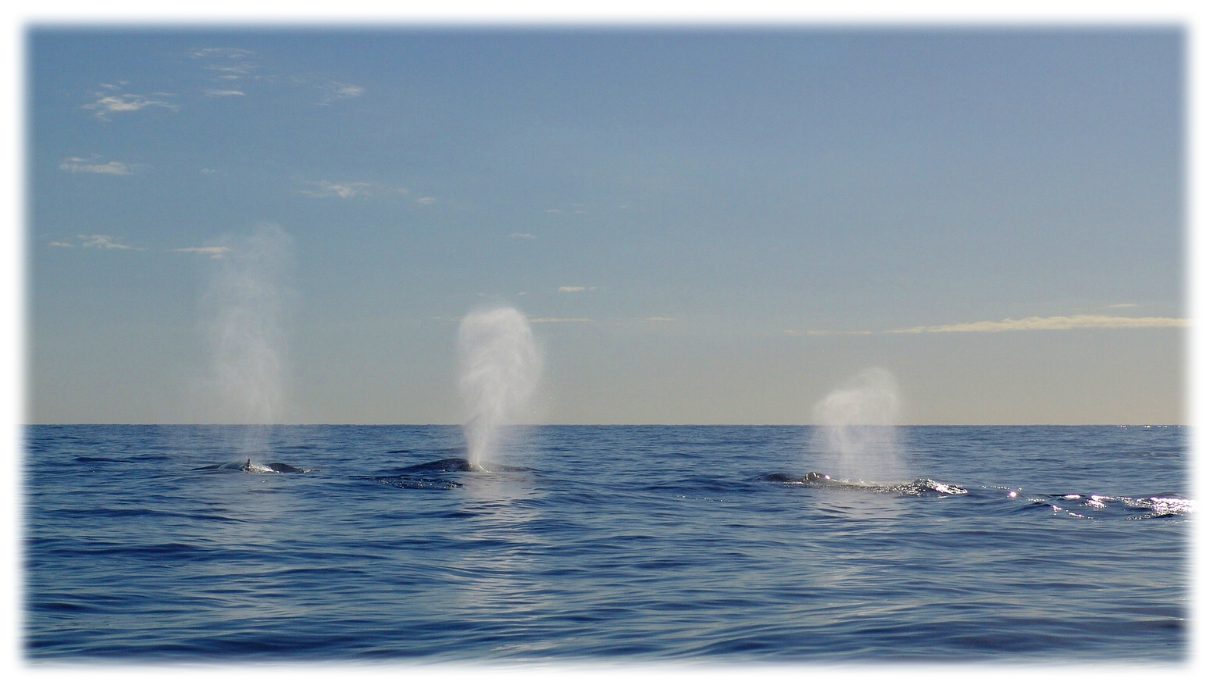 Whales Were Here Before People!

Graceful and awe-inspiring, the magnificent North Pacific Humpback Whales return to the tranquil waters of Hawai’i every year as they have done since 100/400 AD. A time before the first Hawaiians arrived. They come for the same reasons now, to have a safe sanctuary where they can compete for a mate, breed, give live birth, and play.

Once you encounter these gentle giants up close, you will find yourself awestruck and mesmerized. You will never forget the slow-motion elegance and intelligence they possess. Plus, many people can feel their presence in a way we usually only feel another human’s presence.

In the old religion, it is also believed that Koholā was the manifestation of the Hawaiian God, Kanaloa*.

Kanaloa is one of the four major Gods of traditional Hawaiian religion. We know he is associated with whales and other sea life, along with the ocean, long-distance voyaging, and healing.

Whales, like all creatures of nature, were highly respected by the Hawaiian people.

Ancient whale tooth necklaces, called Niho Lei Palaoa* were worn by high ranking Hawaiian chiefs, chieftesses, and the Ali’i*. They were thought to represent power, strength, and served as a vessel for mana*.

These necklaces were the second most valuable artifact an Ali’i could possess. 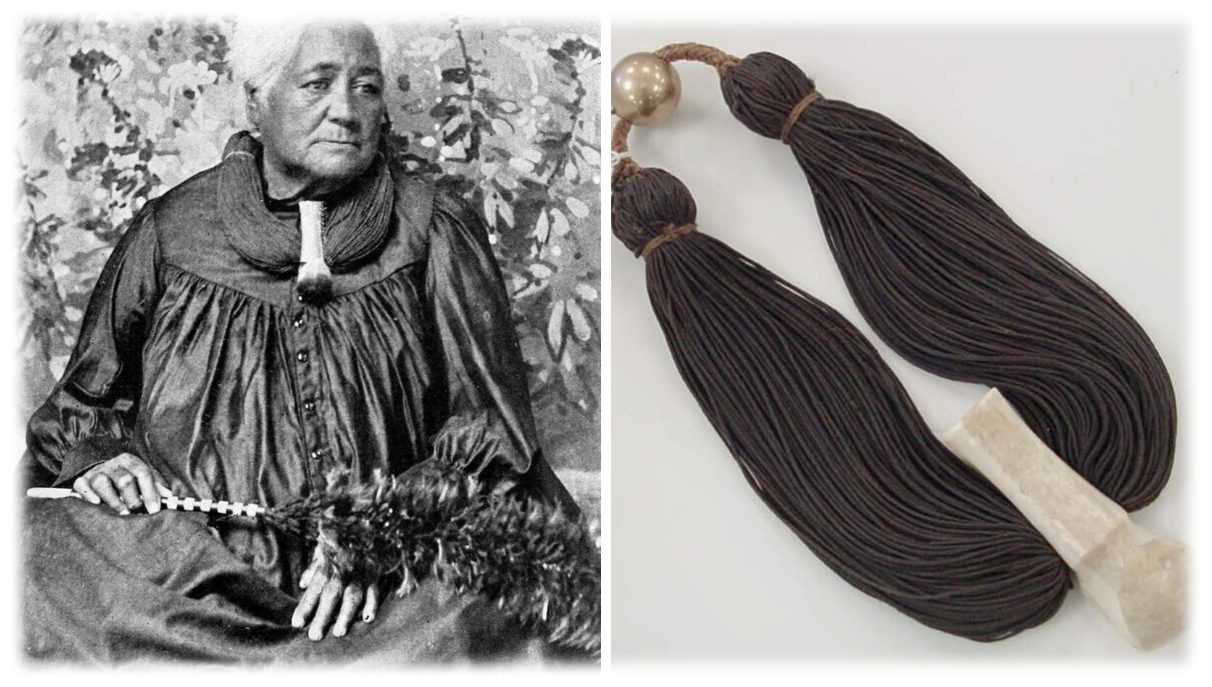 Here is an ‘Ōlelo No’eau* that connects the Hawaiian people to koholā.

Above, below; the upland, the lowland; the whale that washes ashore — all belong to the chief.

The chief owned everything in the land he ruled. Ivory obtained from the teeth of whales that washed ashore was very valuable.

North Pacific Humpback Whales and their connection to Hawaiian culture and beliefs is deeply interwoven in Hawaiian legends and folklore.

Some people still feel a powerful connection to the Whales and get out on the water as much as possible to be with them during Whale Season*. 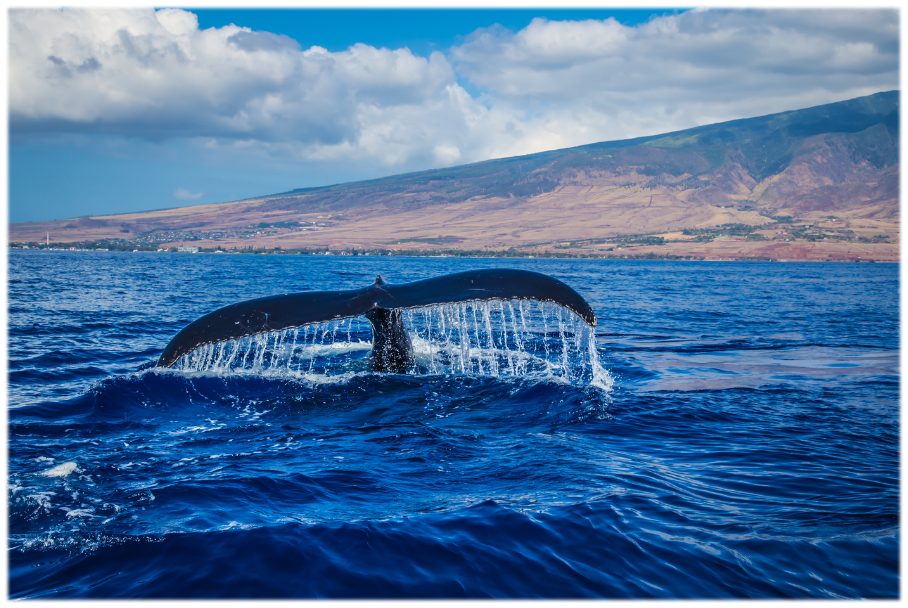 There is still so much to learn about these gentle giants.

You can see them and hear their sweet song HERE

It is impressive that they travel back and forth from Alaska to Maui every year. The babies are primarily born in Hawaii’s warm waters and grow sufficiently during their time around the islands to be strong enough to make the trip back to Alaska’s cold waters in the spring.

Hawai’i is their sanctuary.

Here is the Hierarchical Order of Arrival to Maui:

North Pacific Humpback Whales have returned year after year to thrill people in Maui — locals and visitors alike.  Each whale season is different.

We are just starting to see the first of this year’s arrivals as we write this.

You can view them from the shore, on a boat, or from an aircraft! They have been spotted now and then from the helicopter ride to Hana, on our Hana Sky-Trek.

Planning One of Your Visits to Come during Whale Season Is a MUST!

On the water is one of the best ways to experience the whales up close.  Be it on a boat, stand up paddle board, kayak, or inner tube. When you are under water, listen for their songs.

Their songs travel for miles, so sometimes it sounds like a big cocktail party underwater as the whales returning to Maui sing back and forth to each other about their adventures. Unfortunately, we cannot hear the part of their songs which they sing in very low frequencies. But there is still plenty of singing to  be heard!

The magic of sharing the sea with these majestic and glorious fellow mammals is life-altering. We hope you can join us on Maui for Whale Season.

And of course, adding the allure of the Road to Hana with Temptation Tours is the perfect  adventure  to enhance your time and overall outstanding experience of Maui.

Kanaloa –  the god of the sea, the divine and supreme Hawaiian demigod of ocean animals

Mana –  a spiritual energy from the gods and their ancestors, the spiritual life force energy or healing power that permeates the universe

Photos courtesy of Wiki and other free sources unless otherwise noted.