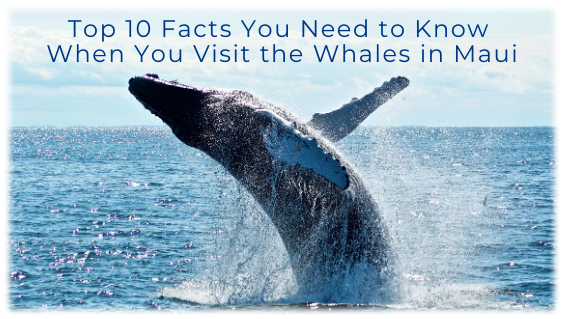 Whales Were Here Before People!

Graceful and awe-inspiring, the magnificent North Pacific Humpback Whales return to the tranquil waters of Hawai’i every year as they have done since 100/400 AD. A time before the first Hawaiians arrived.

The ancient Polynesians revered and held the whales as sacred beings.

Perhaps they may have been guided on their 2,700-mile voyage of discovery by these same stately mammals of the sea. Did they communicate with the ancients via dreams or visions? Unfortunately, we will never know what made these seafaring islanders get into canoes filled with plants, animals, and supplies and sail thousands of miles north to their new home.

Whatever the real story is, once you encounter these gentle giants up close, you will find yourself awestruck and mesmerized. You will never forget the slow-motion elegance and intelligence they possess. 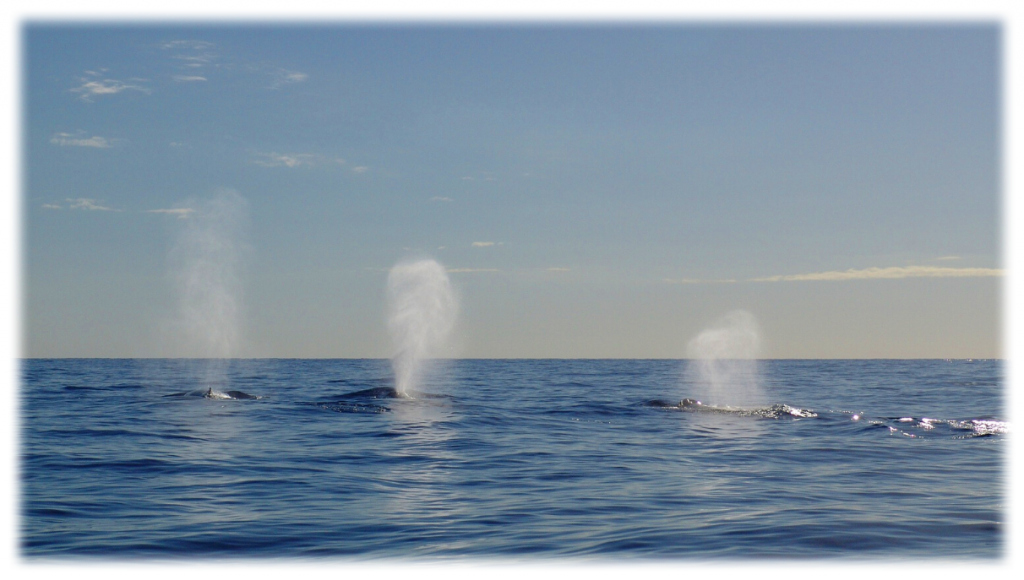 Their Hawaiian name is Koholā*. Their importance in Hawaiian culture is evident in the Kumulipo*.  In this symbolic chant of 2,102 lines, the birth of the whale is stated in the second section, near the beginning of creation.

It was also believed that Koholā was the manifestation of the Hawaiian God, Kanaloa*. It is said that Kanaloa is responsible for helping the Polynesians arrive at their new home in the Hawaiian Islands. This is one of the theories of how early Polynesians first became aware of the existence of a distant land. Perhaps through a vision seen through na Koholā*, who were already swimming in these Hawaiian waters long before Polynesians decided to set sail.

Some legends even say the early voyagers followed a whale to the Hawaiian Islands.

Kanaloa is one of the four major Gods of traditional Hawaiian religion. He is the one we do not know much about. Besides whales and other sea life, we only know that he is associated with the ocean, long-distance voyaging, and healing.

Like all creatures of nature, whales were respected by the Hawaiian people. Their belief was that the gods would take the form of animals and plants and deserved respect. This practice is referred to in Hawaiian as kinolau*.

Koholā are also idealized as ‘aumakua* to specific families and were thought of as divine beings. 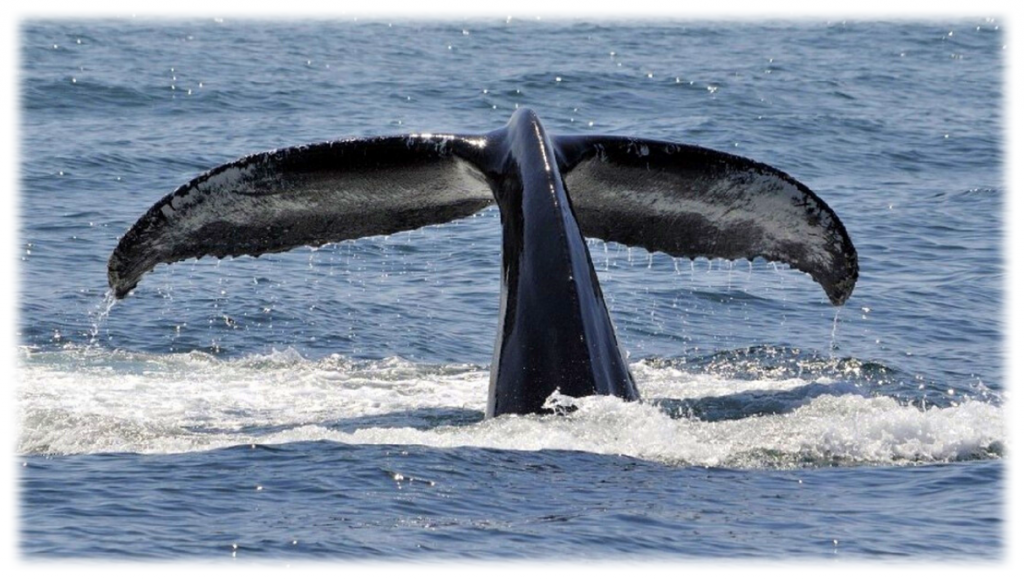 Hawaiian petroglyphs* have been found on Maui, the Big Island, and Lanai of an ancient human figure riding the back of a whale. This references the Whale Riders, mythical figures from deep in the Maori* past.

Ancient whale–tooth necklaces, called Niho Lei Palaoa* were worn by high-ranking Hawaiian chiefs, chieftesses, and the Ali’i*. It was thought to represent power and strength and served as a vessel for mana*. It was the second most valuable artifact an Ali’i could possess, the first being the mahiole* and ‘ahu’ula*. 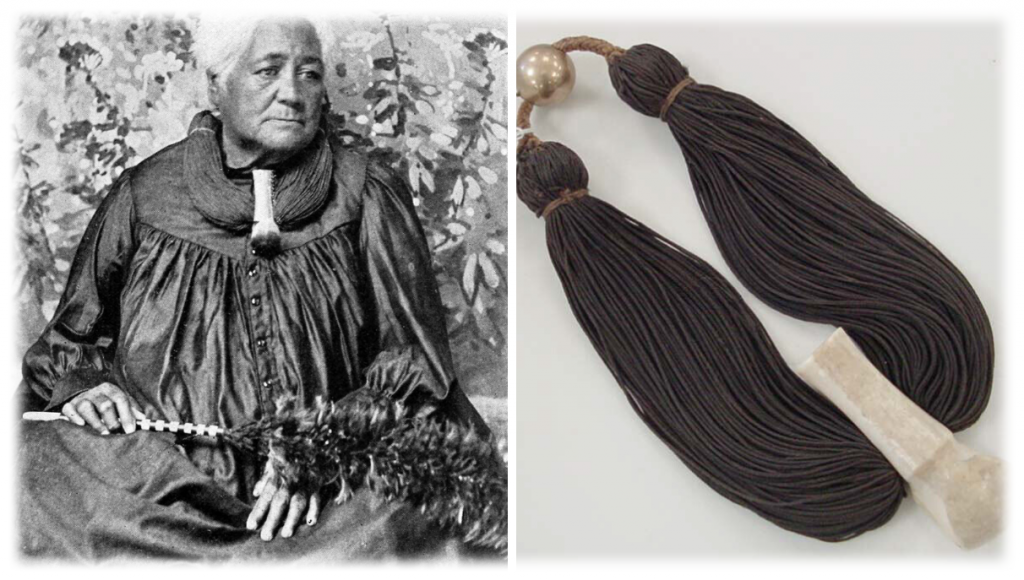 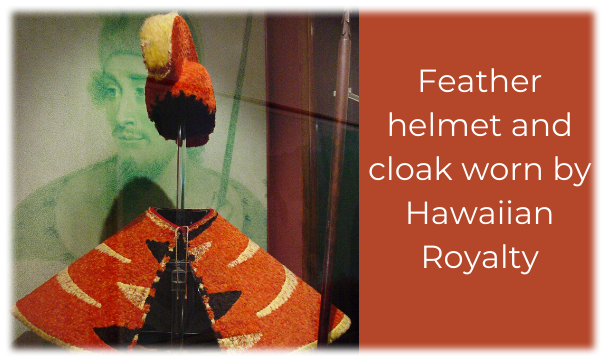 To complete our story of how Hawai’i is connected to the whales, here is an ‘Ōlelo No’eau*

Above, below; the upland, the lowland; the whale that washes ashore — all belong to the chief.

The chief owned everything in the land he ruled. Ivory obtained from the teeth of whales that washed ashore was very valuable.

As you can see, North Pacific Humpback Whales and their connection to Hawaiian culture and beliefs are deeply interwoven in Hawaiian legends and folklore. Some people still feel a powerful connection to the Whales and get out on the water as much as possible to be with them during Whale Season*. 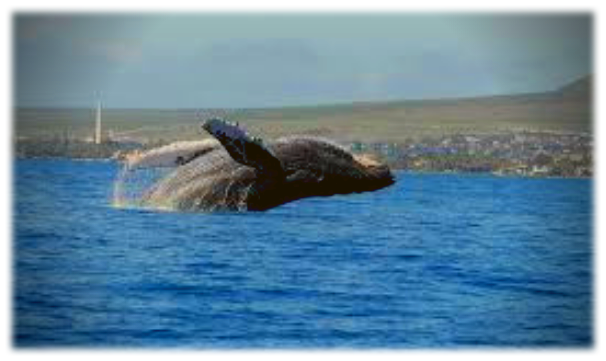 They perform these songs often during the mating season. Some believe the purpose of their songs may be to find their mate.  Another belief is that it helps them to explore their new area. Get their bearings. When a male humpback moves to a new spot, he changes his song to match those coming from other nearby whales. We think they may be communicating with each other. Their song can be heard at a distance of 12 miles.

There is still so much to learn about these gentle giants

You can see them and listen to their sweet song HERE

It is impressive that they travel back and forth from Alaska to Maui every year. The babies are primarily born in warm waters and grow sufficiently during the summer to be strong enough to be able to make the trip back to the cold waters of Alaska. Hawai’i is their sanctuary.  Some go to the north side of Kaua’i, the north and south shore of O’ahu, and the Northeast part of the Big Island. As you can see here, the most significant area they frequent is around Maui and the smaller islands of Lanai and Moloka’i. 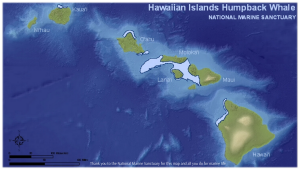 Here is the Hierarchical Order of Arrival to Maui

Kanaloa –  the god of the sea, the divine and supreme Hawaiian demigod of ocean animals

Kinolau – the divine is everywhere, and everything is the divine, translates literally as many bodies, or every plant and animal is an embodiment of a god

Kumulipo –  the Hawaiian chant of creation

Mana –  divine power or strength, spiritual energy from the gods and their ancestors, the spiritual life force energy or healing power that permeates the universe

Maori – Polynesians from New Zealand, which is Polynesia’s largest island