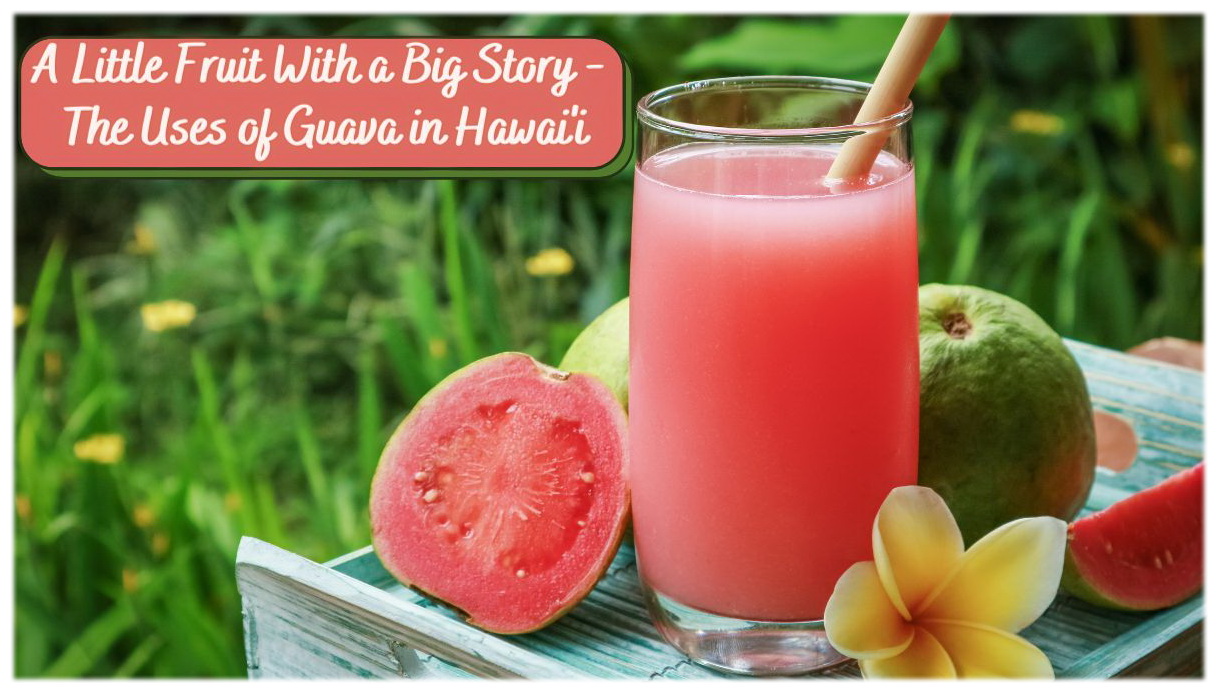 Many years ago, I remember hearing people talk about one tropical fruit they experienced when visiting Hawai’i. That fruit was the guava. People found these remarkable fruits everywhere – on hiking trails, along roads, in pastures, and throughout all the state and national parks.

Some guava were small, sweet, and red, while others were yellow and could be as large as an apple. The small red ones, called strawberry guava, had skin that was easy to eat, and they were white inside.  Whereas the big yellow ones, called common guava, had thick skin and were a very beautiful pink color inside.  Both were loaded with seeds that had to be continuously spit out. 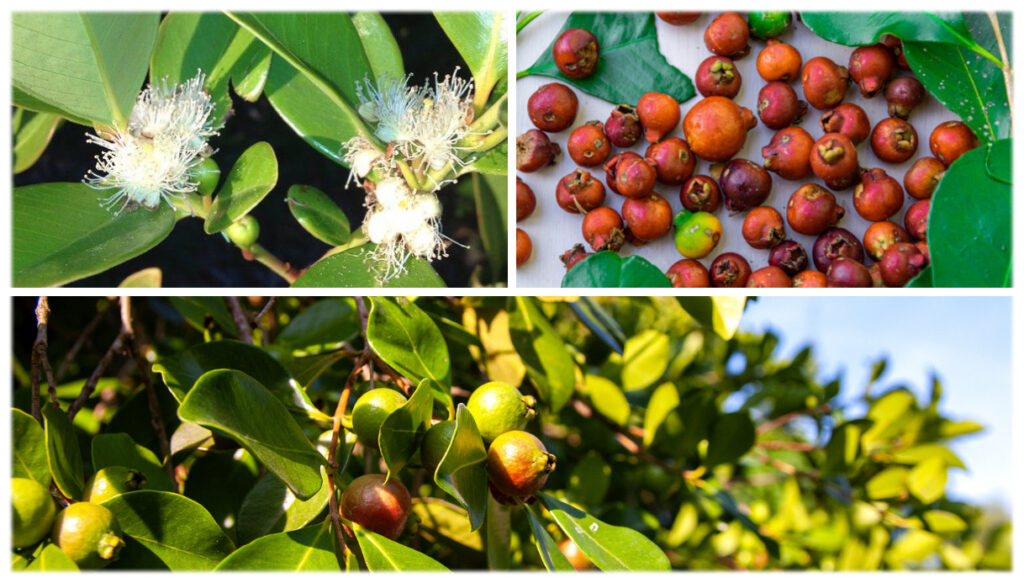 Ah, yes, the seeds.  Therein lies the guava’s small impediment to being a perfect fruit. But that is for later in this story.  Right now, we are singing the praises of this incredibly delicious and valuable plant. Because it is tasty AND useful is why it ended up in Hawai’i in the first place.

Another favorite guava memory comes in the form of a drink. One day, many years ago, I was introduced to a Strawberry-Guava Colada. This was the first and only sweet and creamy drink I thought I could never live without. I never really cared for the traditional pina colada even though I do like pineapple and coconut, but …

… strawberry-guava colada?  Say no more! I was hooked!

Back then, I never imagined that guava did not belong to Hawai’i.  In the old days, it was ubiquitous. I have heard it called a gregarious tree.  It is a member of the eucalyptus/myrtle family, and apparently, there are 100 species.  Luckily, Hawai’i is known to have only 6 of those varieties.

And, we never thought twice about eating roadside guava.  Now, all that has changed, and we will tell you why in a bit when we talk about the seeds.

They were brought to Hawai’i in the early 1800s for food, wood, and medicine.  The wood of guava is beautiful, hard, and strong. The fruit is delicious, and its medicinal properties are potent.  It seemed like a good idea to bring guava to Hawai’i where it would thrive.  And thrive it did 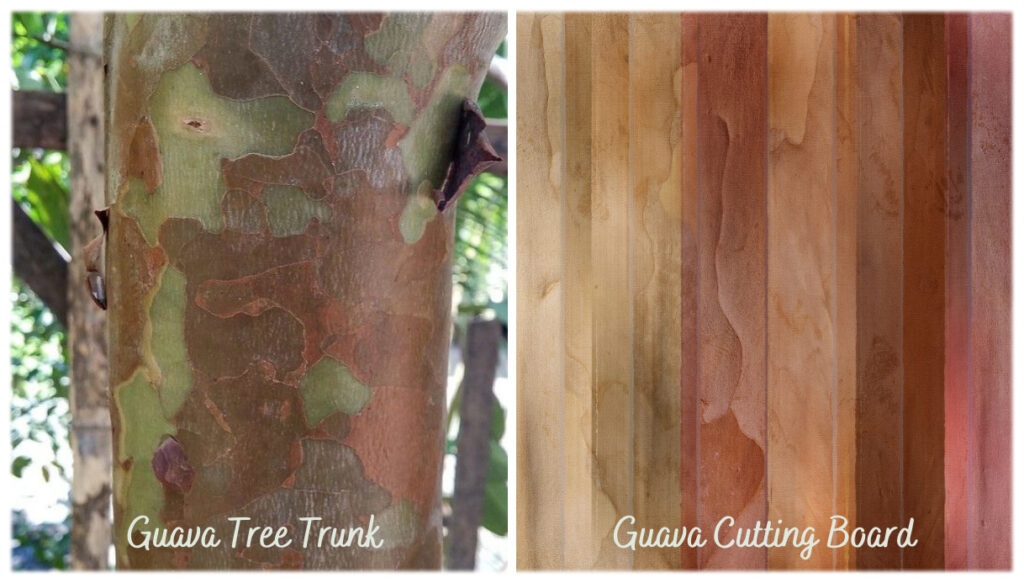 In 1977, a Guava Plantation on Kaua’i opened its doors. In its heyday, it harvested 150,000 pounds of guava daily. That was more than half the whole state’s entire production. They were the primary source of guava in Hawai’i for 30 years until their doors closed in 2007. The daily harvest was made into a puree and shipped to the other islands, the mainland, Canada, and Japan.

From puree,  it would be made into delicious drinks, jams and jellies, sorbet, and other delicious confections of the regions. 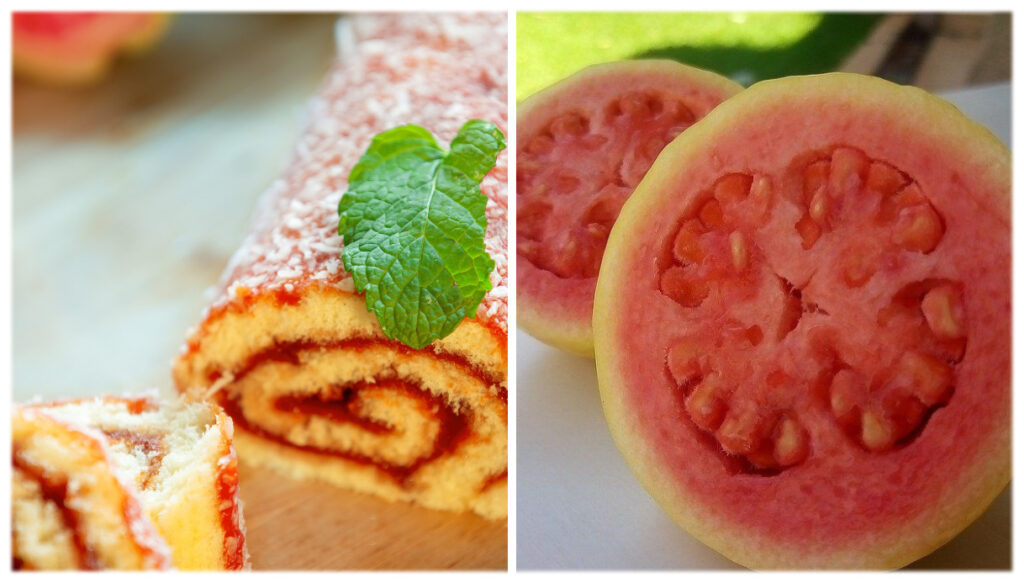 Fun Fact:  Hawaiian musicians have been influenced by Reggae Music. It is often called Jawaiian.  Bob Marley’s song, Guava Jelly, was a big influence in this trend – listen HERE to The Ka’au Crater Boys version.

Ways to eat guava or use as a food

Aside from a great strawberry-guava colada, guava is favored in many food and drink items: 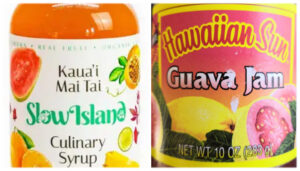 Guava Wood and Its Uses

Aside from being beautiful and fairly hard, the wood from guava has many uses.

Some of Guava’s medicinal uses

Guava leaves are fragrant and oily. For general medical uses, the roots, leaves, bark, and unripe fruit are used for things like: 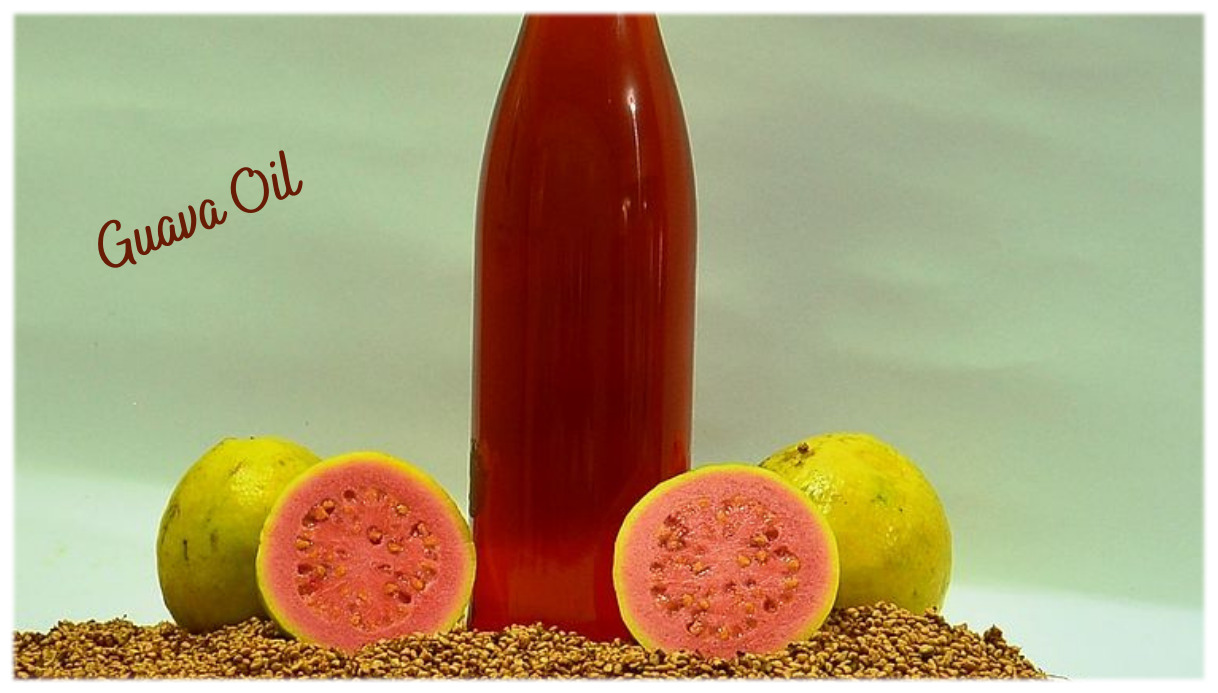 So far, besides wanting a piece of guava chiffon pie right now, it seems like guava has gained a proper spot in the landscape of Hawai’i.  Unfortunately, that is not entirely true.

It thrives in the Hawaiian climate and has adapted to all growing areas from sea level to as high as 4000 feet up the mountain.  And it grows and spreads rapidly. That is why it so quickly became a pest.

Because the seeds are not digested, but the fruit is delectable, the birds have helped spread these trees island-wide on every island. We won’t go into the details, but any rapid spread of a non-native plant can be treacherous for the native forests and fragile ecosystems, especially birds and insects.

There has been a concerted effort over the years to control the spread of guava. Because of this, please do not eat road or trailside guava anymore, as they could have been sprayed with something that may not be good to ingest.

Although India grows most of the worldwide guava, Hawai’i still has guava farmers.

When guavas are farmed, there is more control of the spread as the fruits are all removed from the trees.  Don’t get me wrong, the birds still enjoy them and we are happy they do.  In this controlled environment, the trees spread less.

We hope when you visit Hawai’i you will make an effort to try local foods and look for a delectable treat made with guava.  Perhaps you will find something so good you will bring it home and share it with your friends and family who were unable to visit us this time.

In the meantime, HERE is a lovely song from Keola Beamer about the guava tree to give you the sweet sounds and vibes of Hawai’i.