A Trip Down Memory Lane – The Rich, Colorful, and Vibrant History of Lāhainā – Pt. 1 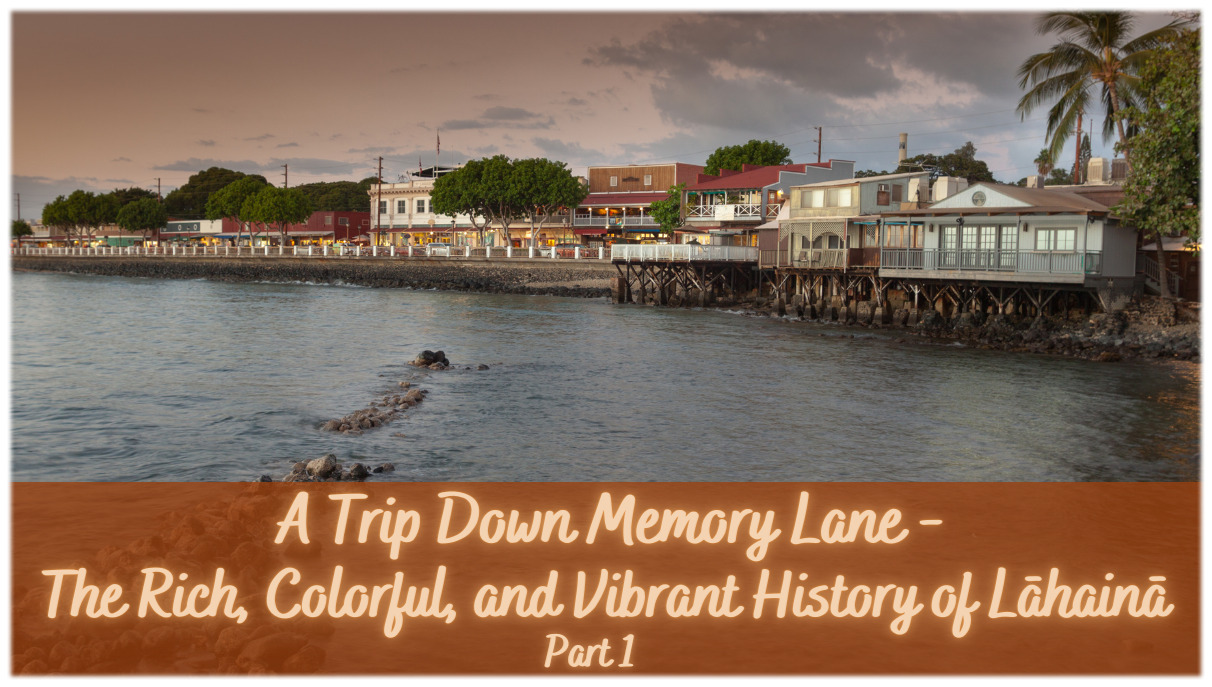 Back when I was growing up, the first three things I remember hearing about Hawai’i were:

I didn’t know at the time that to see these three things meant I only had to go to one island, the island of Maui. That one island would be enough to fulfill my dream of seeing these three exotic places in the magical land of Hawai’i.

It took me a few more years than I would have liked to get to Maui. I first landed in Hawai’i on the Big Island of Hawai’i to go to college. Then I spent some time on ‘Oahu and Kaua’i. Maui was my last landing place and where I planted for over 25 years.

A few weeks ago, our blog dove into some well-deserved history and highlights of Kahului. After all, Kahului is Maui’s largest town and the 8th Largest Town in Hawai’i.

Although Lāhainā has only ⅓ the population of Kahului, today, it is indeed the most significant tourist destination on Maui. It also has a very deep and rich history.

“We found Lāhainā very much like all that we had ever heard of – Lāhainā. Its citizens hospitable, its streets, magazines of red dust, its taro patches green, its trees ambrosial, and its breezes refreshing.”

Today, it’s hard to imagine Lāhainā with red-dirt streets. Let’s take a little journey back to the glory days of the famous West Side of Maui and the illustrious Lāhainā.

Lāhainā, first and foremost, is a charming seaside town with a colorful history. Part sea-port full of salty-dogs and part previous Capital of the Hawaiian Kingdom.

Since 400AD, Lāhainā has been a powerful place during all 6 eras of Hawaiian history.

The famous Front Street was originally named Alanui Mō’ī or Kings Way. If you walk on Front Street, starting at Shaw Street, you can literally walk through these 6 eras of history. 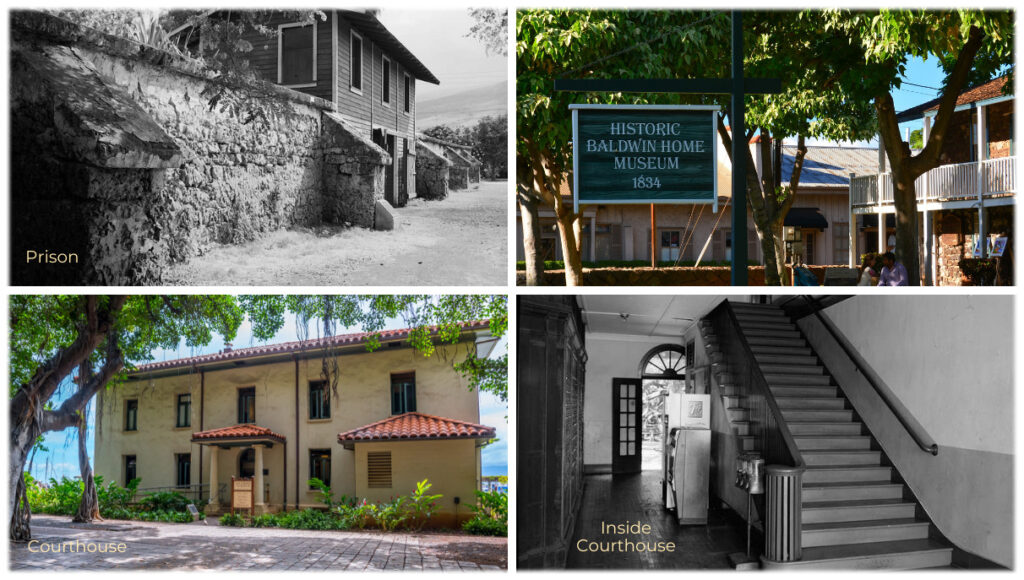 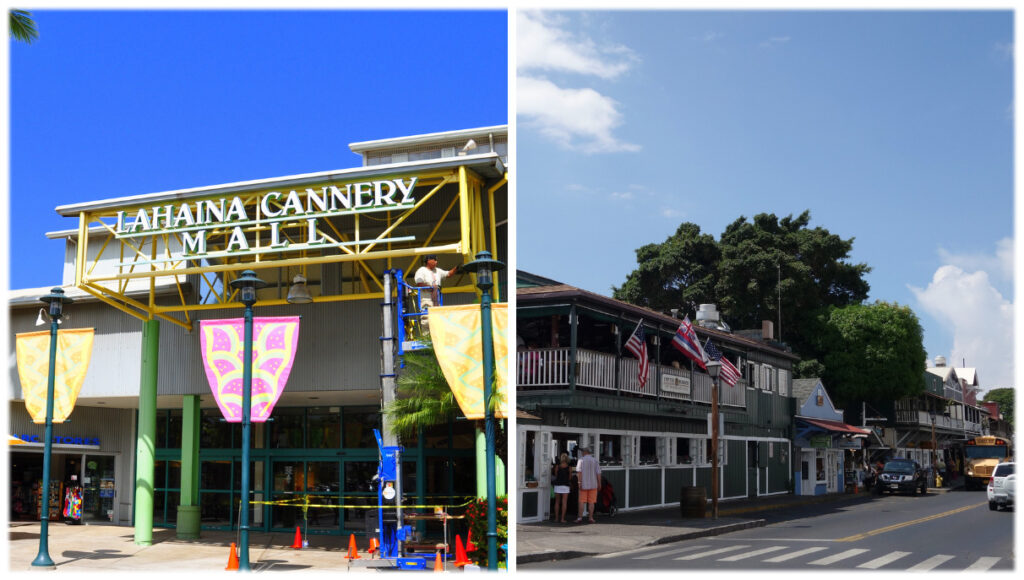 Besides its inherent beauty, Lāhainā was rich with soil, water, and all the key elements to provide a grand lifestyle for those who lived or visited there. 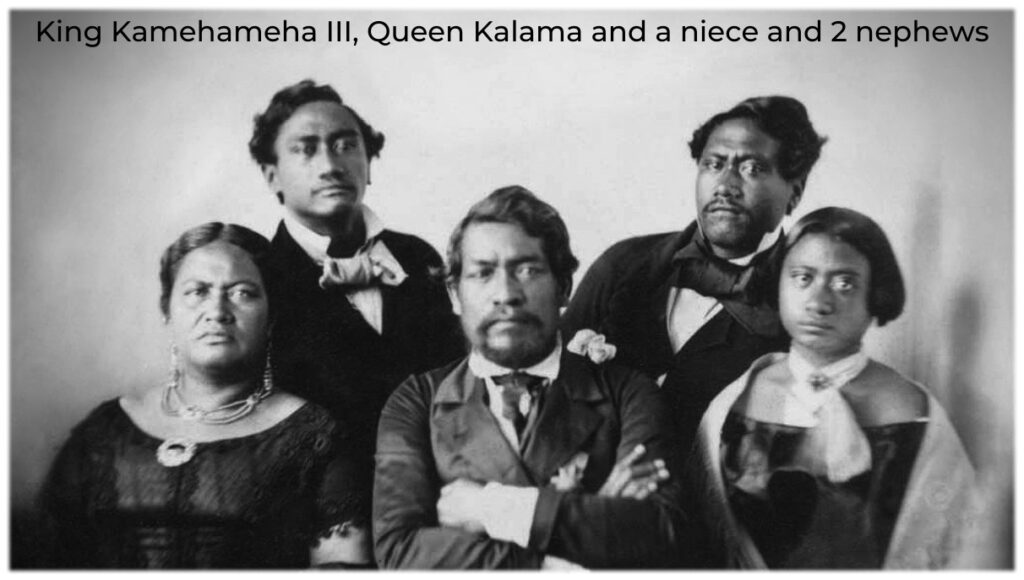 The reason I say was, is because Lāhainā no longer has that water. Sadly, once King Kamehameha III took the Monarchy’s government to O’ahu, the water began to be diverted. It was used for the sugar and pineapple in the central valley. It changed the face of Lāhainā to a dry and desert-like climate.

Fortunately, the vibrant history of Lāhainā has been preserved. Baldwin House Museum, a tiny museum off the beaten track, has the last true Hawaiian flag of the Hawaiian Monarchy. It was taken down when Hawai’i was admitted to the Union as the 50th state. It is believed that it is the only flag left from The Monarchy Era.

If you have ever been to Lāhainā, you most certainly know the Banyan Tree and Pioneer Inn. They sit right in the center of town and are gathering points for a myriad of activities. 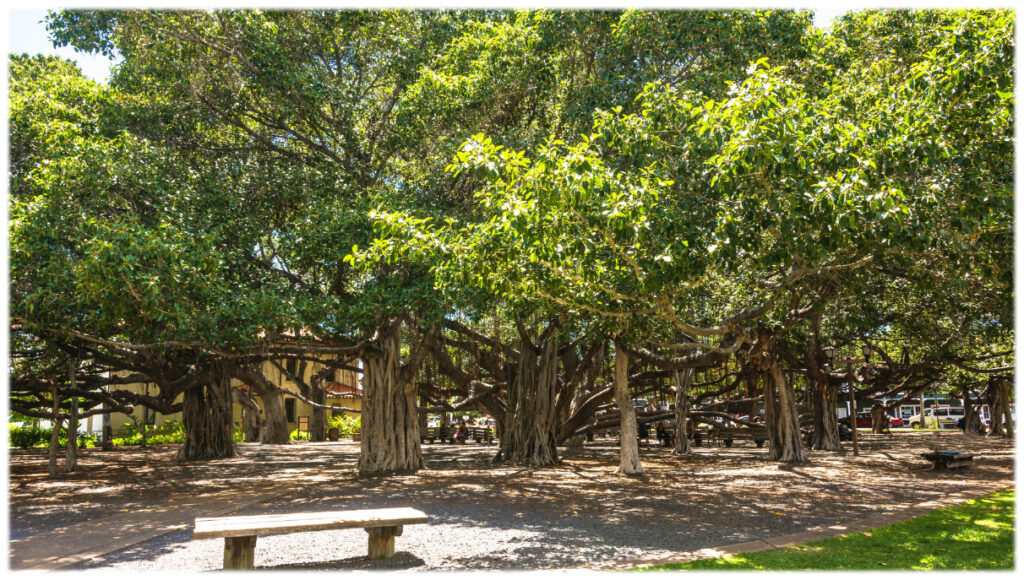 The Banyan Tree was planted in 1873 and was 8 ft tall. Now it is 60 ft tall and 200 feet wide. It is known as the most giant Banyan Tree globally.  In captivity, some would joke.

If walls could talk, we would be listening.

Known initially as Lāhainā’s Pioneer Hotel, it was built by George Alan Freeland on a portion of the King’s Taro Patch across the street from the Banyan Tree. Called Āpuakēhau, you can still see a small remaining part of the taro patch near the sea-shore on the Lāhainā Historic Trail. 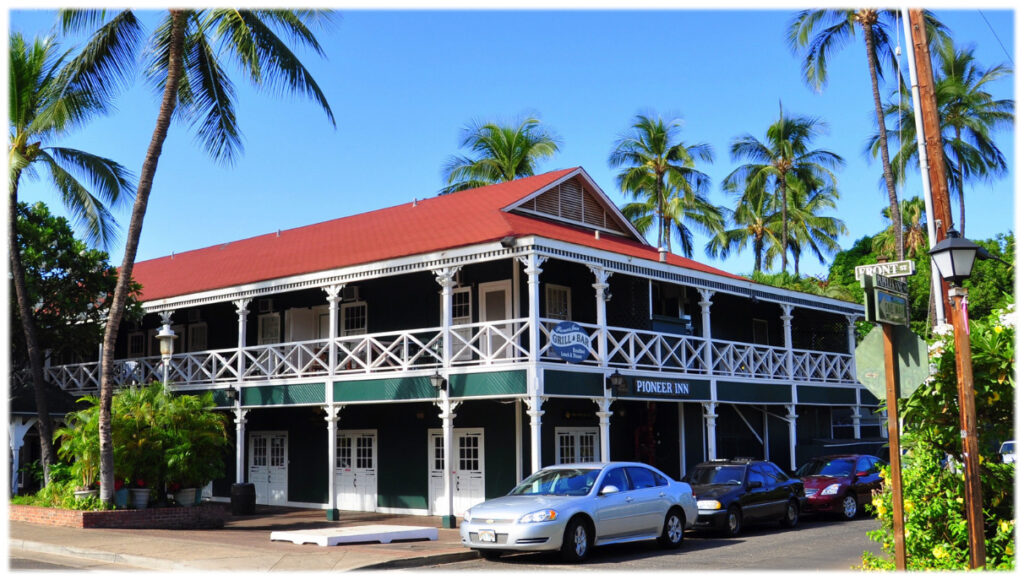 Besides Volcano House (built-in 1877) on the Big Island, the Pioneer Inn is the oldest hotel in Hawai’i that has been open with its operation uninterrupted.

It started with 10 guest rooms and has 35 today. 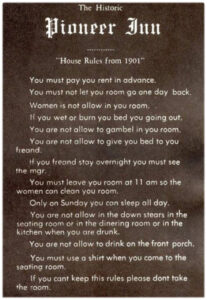 We will share some of the recent history of Lāhainā with you in Part 2.

For today, we invite you to drift back in time, taking in the colorful past of Lāhainā we shared with you. Now you know the town’s fascinating history which is available as you walk down the Alanui Mō’ī or Kings Way. This historic jewel is a gift for our grandchildren’s’ grandchildren. And beyond.