How The Hawaiian Islands Were Created and Other Volcano Magic 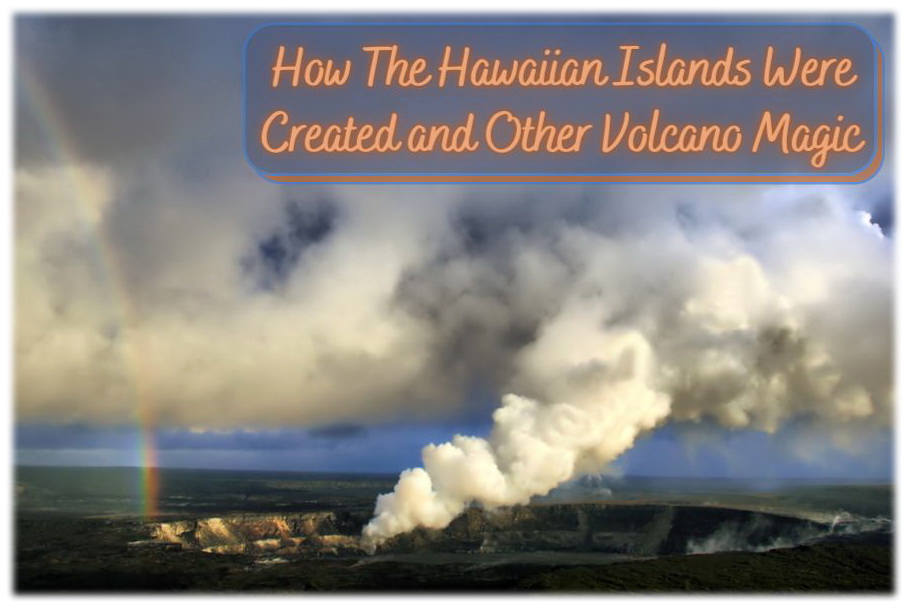 Hawai’i is full of superlatives.

What? The worlds’ tallest mountain? What about Mount Everest?

If you measure Mauna Kea on the Big Island from the seafloor to the summit, it is 33,500 feet high, while Mt. Everest is only 29,029 feet above sea level to the top. There is still a debate about this.  See for yourself and decide.

Hawai’i is also full of contradictions – the islands are a sub-tropical paradise with year-round swimming and Mauna Kea is so high you can ski on it in the winter!

Here’s another record holder – the Big Island volcano, Kīlauea. It has been steadily erupting since January 3, 1983, one of the longest duration eruptions in the world.

Then there’s the fascinating formation of the Hawaiian Islands.

There is a chain of undersea mountains which the Hawaiian Islands have grown out of. This chain was formed from lava over the last 85 million years and continues to grow as we speak.

One area of continued growth is a brand new island being formed. It is called Lō‘ihi and is the latest volcano in the Hawai’i neighborhood. It is developing to the southeast of the Big Island.

Don’t get too excited. Unfortunately, we won’t have a new island to visit anytime soon. It will take approximately 200,000 years before the volcano will be seen above the surface of the ocean.

We can see that it is no wonder we are all in awe of the magnificence of Hawai’i. Such incredible beauty and wonder, shooting straight up out of the depths of the Pacific Ocean. Millions of years of liquid, molten rock (lava) – pouring, exploding, and erupting from somewhere deep in our planet to form one island after another.

Where it all began – the Hawaiian-Emperor Seamount.

82 million years ago, the formation of the underwater mountain range began with the first volcano called the Meiji. Meiji is located near Russia.

The Hawaiian-Emperor Seamount stretches nearly 4,000 miles from Meiji to the end of the Hawaiian Islands. 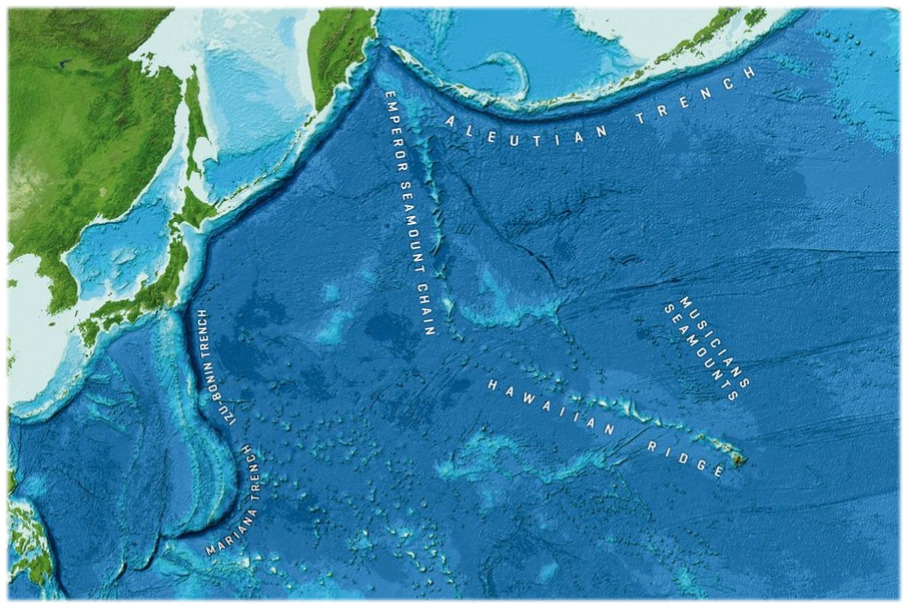 This seamount is the most well-known example on Earth of hot spot magmatism. An area where volcanoes form and grow from the ocean floor. This is the place where most earthquakes and volcanoes are concentrated.

These seamounts contain over 80 identified undersea volcanoes, which are, in turn, surrounded by other exciting land formations:

If we follow this underwater mountain range to its southeastern tip, we find the Hawaiian Islands in all their volcanic glory.

The Big Island of Hawai’i, which lies at the southeastern tip of the Hawaiian Island chain, is crowned by the world’s TWO tallest Sea mountains. Measured from the ocean floor, Mauna Kea stands at 33,500 feet and Mauna Loa at 30,000 feet.

The Big Island is a volcanic wonderland. There are 5 volcanoes above sea level. 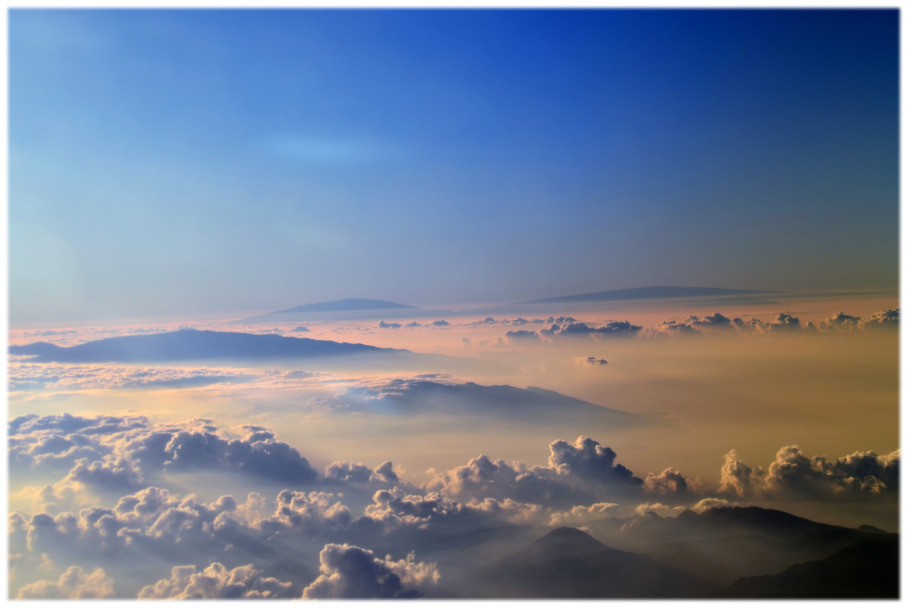 Let’s look at them from oldest to youngest.

Kohala is the oldest and inactive. Meaning that it has been dormant long enough that it is considered inactive. This does not guarantee it will never erupt again. It is located on the northwestern tip of the Big Island. Its last eruption was around 120,000 years ago.

Mauna Kea, as we said, is the tallest Sea Mountain on earth. It is considered dormant. It last erupted over 4,000 years ago. The last time it erupted, lava came from seven separate summit-area vents. This produced lava flows and cinder cones. Glaciers covered parts of the volcano’s summit area during the recent ice ages making it the only Hawaiian volcano known to have been glaciated. The fact that it is dormant means it could still erupt or vent out lava at any time.

Hualalai, the third oldest and the third most active volcano, is also home to the most Kona Coffee grown on the Big Island. Scientists estimate that 80% of its surface is newer than 5,000 years. In the 100 years before 1801, there were at least 6 different active vents on Hualalai. The most recent eruption in 1801 generated a lava flow that reached the ocean where it now serves as the land under the Kona Airport.

Mauna Loa is the largest active volcano on earth.

Mauna Loa is a highly active volcano. Erupting over 150 times in the last 1000 years, the most recent eruption ended on April 15, 1984. It lasted 22 days. Also, it came within 7 miles of Hilo, the Big Island’s largest city and the second-largest city in the state. Mauna Loa’s eruptions are fluid and do not have explosions or fountains like Mauna Kea.

Kīlauea is the youngest of the 5 volcanoes on the Big Island. It has been in an eruptive state between 1983 and 2021. In Hawaiian, the translation of Kīlauea means spewing, or a lot of spreading, and the Kīlauea volcano certainly holds true to its name.

Since 1952 there have been 36 separate eruptions. Thus, 90% of the surface of the Kilauea volcano is less than 1000 years old! To date, Kīlauea has resurfaced more than 48 square miles of land. 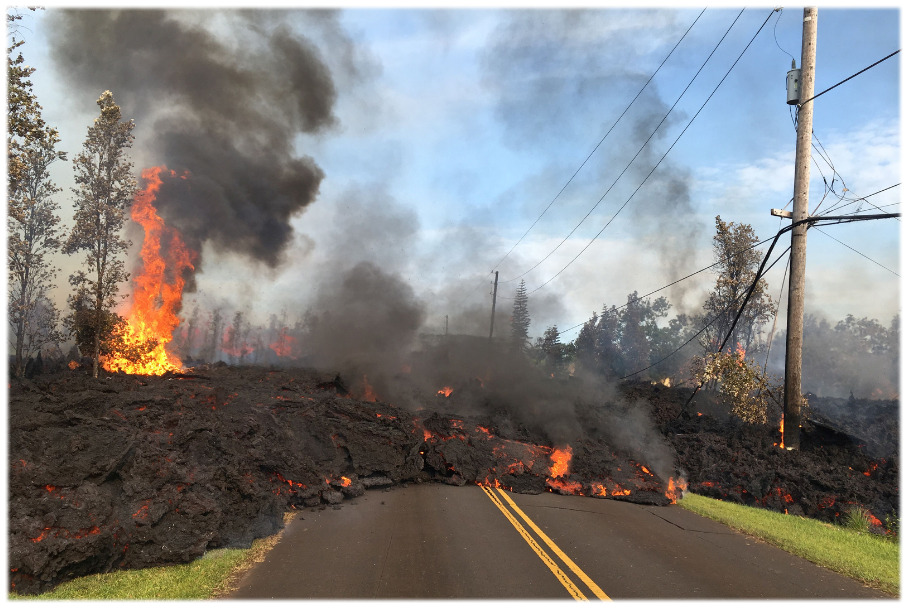 Just after we began our blog on Volcanoes as if on cue, Kīlauea Volcano began to erupt. Lava began pouring into the caldera from a single vent in the western wall of Halema’uma’u Crater in Hawai’i Volcanoes National Park. 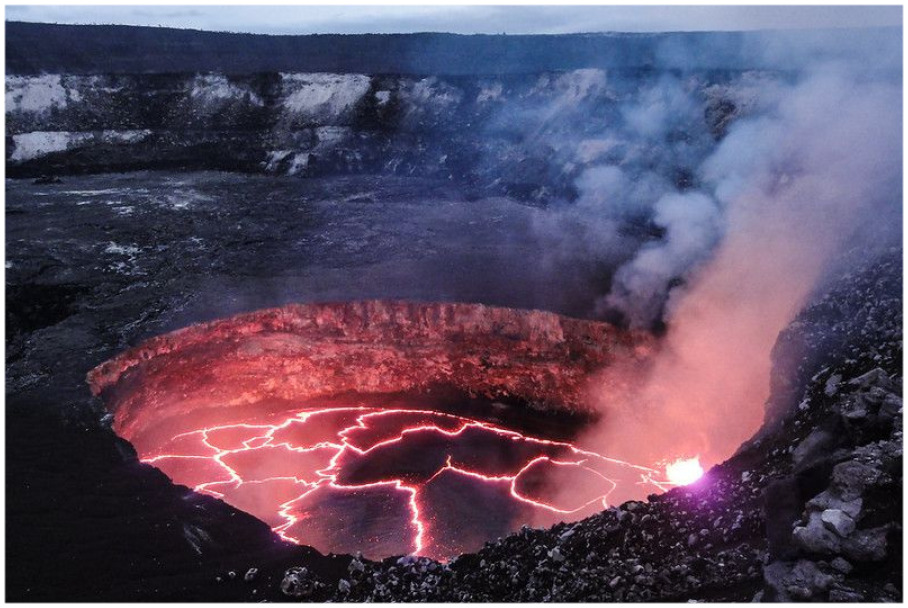 These spectacular displays of nature inspire and awe everyone who sees it in person or in a film.

Take a look at this mind-boggling spectacle HERE

Kīlauea also holds immense cultural significance in Hawaiian culture. Halema’uma’u is thought of as the Home of Madam Pele, the Hawaiian Goddess of Fire. She is a goddess who is known to have a temper when crossed. However, she can also be very generous to those who bestow her with gifts. This is why visitors lay their gifts as near as possible to the caldera to honor the powerful Fire Goddess.

Most visitors and locals alike flock to the home of Kīlauea in Volcano National Park simply to view nature at work. People come to catch a glimpse of the raw power and primordial fiery glow. 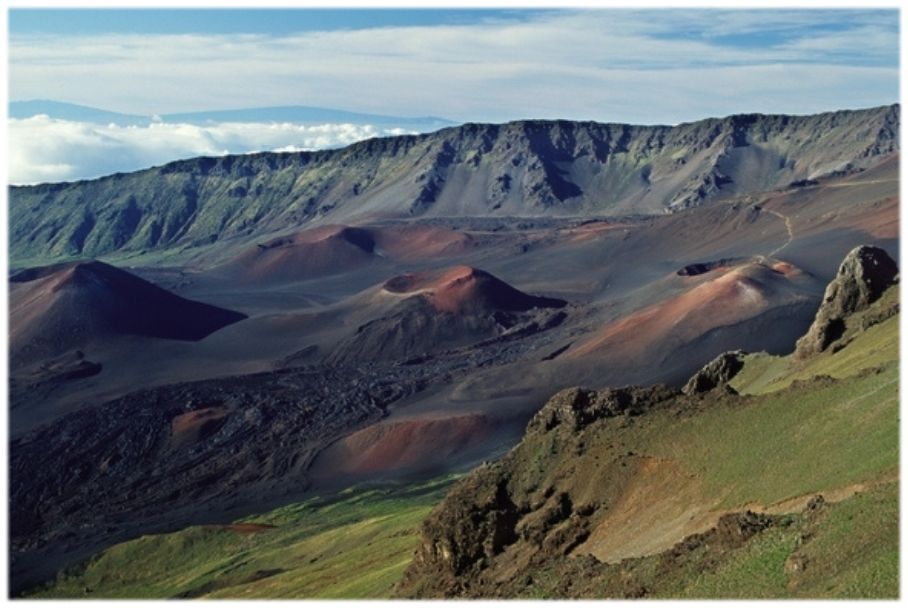 Haleakalā with Mauna Kea and Mauna Loa in the background.

Haleakalā is considered a dormant volcano. The last eruption on her southern flank is thought to have occurred around 200 years ago. This is the lava flow you can see along the coast past Kihei, at La Perouse Bay.

Some geologists will tell you that the islands you see from Maui – Moloka’i, Lana’i, and Kaho’olawe were once all part of the Maui landmass, and why the ocean channel is relatively shallow between these islands.

Called the ʻAuʻau channel it is a favorite playground for the North Pacific Humpback Whales which frolic here from November to April.

This is the miracle of volcanoes forming deep on the ocean floor and building islands for millions of years. So the whales can come and have their babies, and we humans can swim and play in the same pool with them.

We hope that after reading this, you will look at these islands from a slightly different viewpoint. They are all volcanoes that have risen from the sea.

We can all learn to appreciate them as the people of Hawai’i always have.