Kama’aina – The Children of the Land. The Hawai’i Kūpuna Series, Part 1 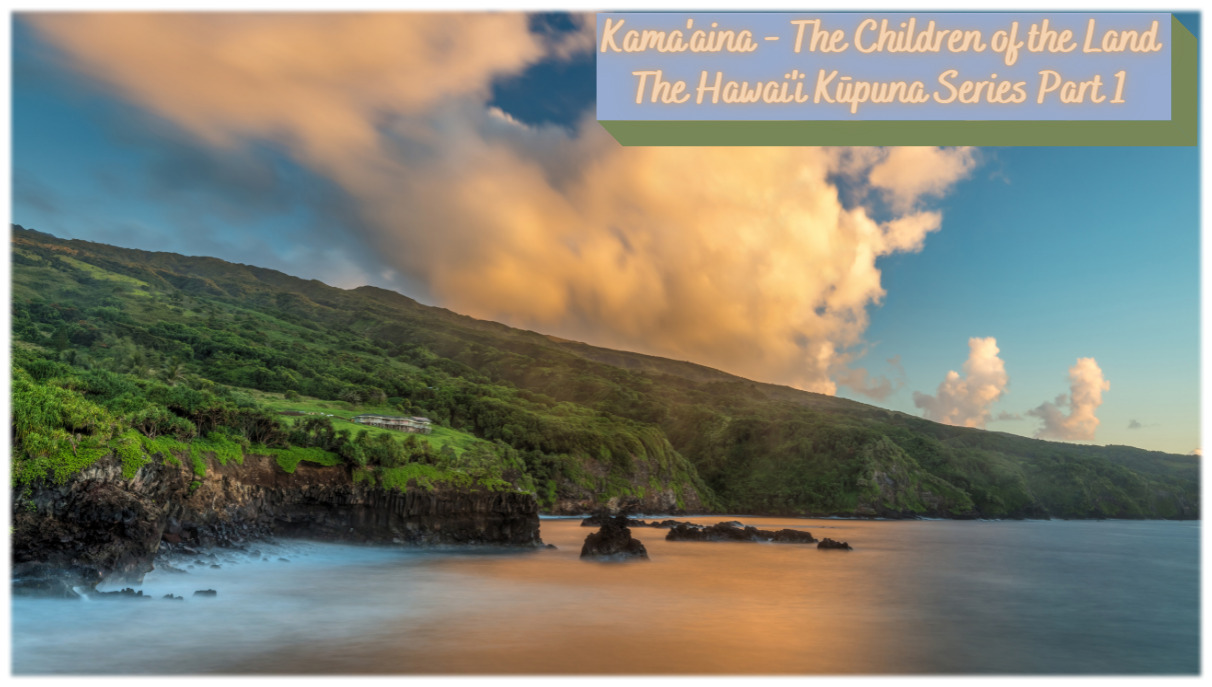 What is it that makes Maui or Hawai’i the special place that it is?

Most visitors would probably answer that it’s the beaches, the surfing, the year-round close to perfect weather. They would all be wrong.

These are the people whose ancestors discovered these islands anchored far away in this remote part of the Pacific Ocean centuries ago. They are the people we call the Kamaʻāina.

The children of the land

The Kamaʻāina are an essential part of what makes up the extraordinary nature of Hawai’i. Because of that, this blog is the first in a series of some of the islands’ treasures – The Kūpuna. These are the elder Kamaʻāina who are the Keepers of Hawaiian Wisdom and Knowledge.

Many stories and information that inspire us to create these stories for you are drawn from a fabulous book we highly recommend: 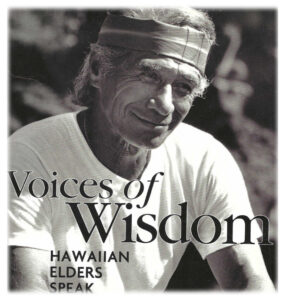 The Kūpuna, or elders, we will write about, are from our current era. They are descended from one of the most advanced societies living long before in the vast area known as Polynesia. This area was explored and settled over thousands of years, centuries before the Europeans ventured into the Atlantic Ocean.

In 1777, these people had unique and exceptional skills.

One hundred years after contact with Europeans, things had changed drastically, and the Hawaiian culture was hanging on by a thread, on the verge of extinction.

Then, in the 1970s the second Hawaiian Renaissance began

This fire was reignited in a large part through the dreams and actions of the Hawaiian Kūpuna. The creation and successful voyage(s) of the Hokule’a, the language, Hula, and traditions mentioned above were nearly lost.

Today we will start our Kūpuna Series with Eddie Pu. We chatted with him a couple times in Hana, many years ago. The first time we spoke, we were camping along the shoreline cliffs in the Kīpahulu district in Hana. This was inside the boundary of the U.S. National Park, home of the famous ‘Oheo Gulch (previously called Seven Sacred Pools).

Eddie, a Hawaiian Kamaʻāina, was a park ranger and had a smile big enough to light up the world. 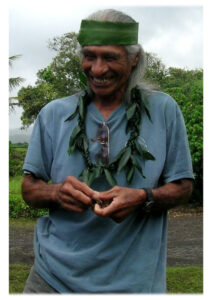 In our brief time with Eddie, we learned many things about him. Especially about his home district of Hana. He told us to visit a very special Heiau that we realized was a place where someone very special to us had buried their brother.

Eddie would always say that his love of the land, his Aloha ʻĀina, was the most essential part of his life. He spent his entire working life outside. At first, as a lifeguard for 21 years at beaches in Hāna. Later, he became a National Park Ranger in 1972 at the Kīpahulu section of the park.

He began each day in meditation as the sun rose in Hana. 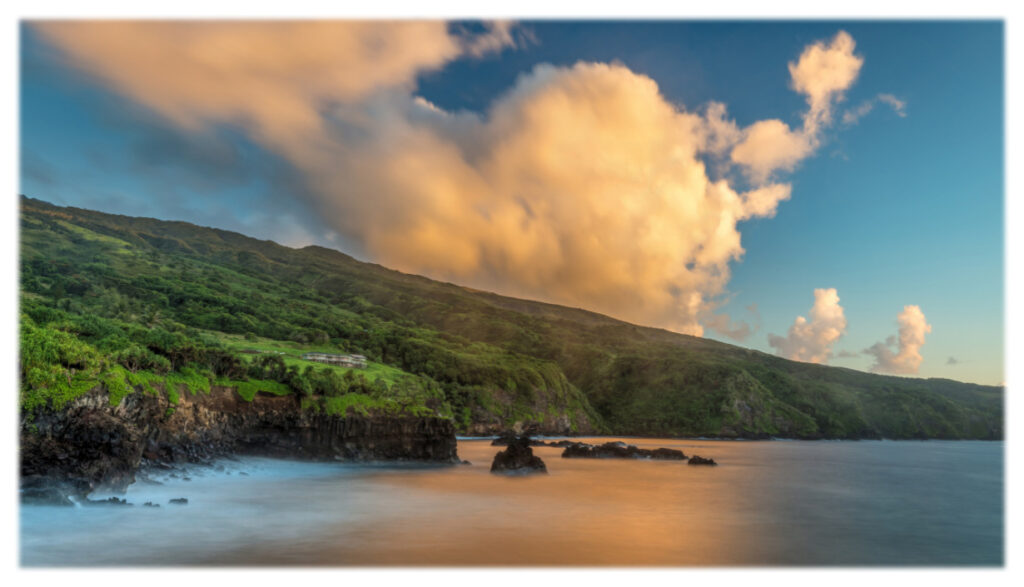 He would receive the sun’s rays into his body so he could share the sun with all the people he would meet that day. Most days, he would greet around 2,000 visitors to the Kīpahulu section of the park. He would welcome each person with ALOHA.

He knew all the plants, both endemic and introduced, like old friends. One of his signature plants was using the long cooling leaf of a ti plant as a headband. He explained that the ti-leaf headband would help him to release his inner feelings and be humble.

He knew that if you mashed the leaves of the blue vervain plant, it would stop the bleeding of a laceration. And he recognized that the introduced bamboo was a crazy, super-invasive plant covering hundreds of acres of the island.

The Voice of the Ancestors – Hawaiian Walkabout

Eddie was most well-known for his annual 150-mile walk around the entire coastline of Maui.

He said he was being led and instructed by his grandfather, who had passed on. He just gathered a few things for his first trip and started walking, not knowing he would end up circumnavigating the entire island. He was following guidance from his own Kupuna.

The second year, around the same time as Eddie’s birthday, his grandfather again guided him. He told him there was no need to hang around the house,  there are better things for you to do. So he set off again on what turned out to be his second annual walking tour/circumnavigation of the island. 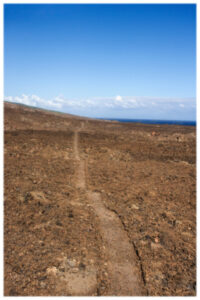 He would leave his house with just a few provisions for such a long hike. A gallon of water, some trail mix, ground cover, extra clothes, and set out walking. People and the land would take care of him along the way, and he would pick up what he needed.

Remember, this was not that long ago.

On the second trip, Eddie bought a camera and tried to take some photographs. When he went to get the film developed, they were all black. So, he got a new camera for the third year – the same thing. And again! The Fourth Year, all black again! His grandfather scolded him and told him, your camera is right here! – pointing to his head. 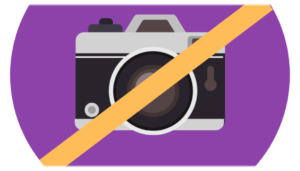 As the years passed, Eddie retired from the National Park. We missed seeing him when we visited Kīpahulu. One day, on our way to Hana town to pick up some supplies, we saw him by the side of the road as a Crosswalk Guard for school children. Of course, he was waving at all passersby with that same 1,000-watt smile!!

The heart of Eddie Pu and all the Kūpuna are what make Hawai’i so unique. That is why we are going to devote several of our blogs to the Kupuna Series. Even above and beyond the beautiful land, beaches, flowers, and mountains, the Kūpuna are the heartbeat of Hawai’i.

Their love and wisdom, their mischievous grins with that large twinkle in the eye, is what makes Maui and Hawai’i an extraordinary place.

The Kūpuna of Hawai’i invite you into the deeper magic of the islands, the magic of your own heart!